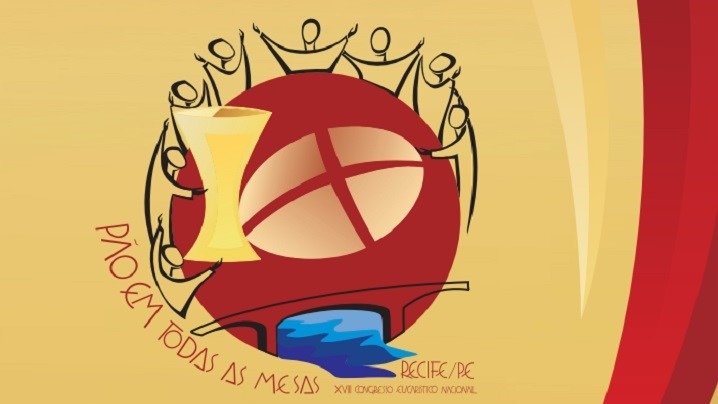 It overcomes the stereotypes that imprison “the ‘Eucharist’ to a monstrance generally directed by an ordained minister, to approach “the Eucharistic mystery in relation to the assembly”

Cardinal Steiner criticized “the appropriation of the rite by the priest”. The excessive accentuation of the sacrificial aspect, even as an articulation of the sacred space, creates a distance between the assembly and the altar.

“The challenge of integral ecology makes every baptized person, who celebrates the memory of the risen Christ who makes all things new, become the guardian of our common home”

The 18th National Eucharistic Congress in Brazil is celebrated in the Archdiocese of Olinda-Recife from November 11 to 15. A moment to reflect on the Eucharist from different visions. In one of the workshops, Cardinal Leonardo Steiner reflected on the theme “The Eucharist and the priestly, prophetic and royal dimensions of baptism”.

Church that is incarnated in the Amazon

The Archbishop of Manaus, starting from what the Lumen Gentium Council Document says, began by speaking of the call to reflect “from the place from which we come and speak – the Archdiocese of Manaus – seat of the IX National Eucharistic Congress, which offered us the V Eucharistic Prayer (from the Roman Missal used in Brazil) with its mystagogical theology- but, above all,as a Church that incarnates itself in the Amazon and there becomes a Eucharistic body!”

Cardinal Steiner recalled Lumen Gentium’s call to “perceive the Church as the People of God! People of God, making visible the Kingdom of God, established by the preaching, death and resurrection of Jesus. We are received into the People of God through baptism. In baptism we are part of a priestly people, a people of prophets and a royal people.

From there, he presented his reflection based on the V Eucharistic Prayer of the Roman Missal in its edition for Brazil. It began with the words: “Lord, you who have always wanted to be very close to us…”, from the context of the post-pandemic, affirming that “the lack of meaning of human existence, the appearance of forms of coexistence based on intolerance and aggression, threats to democratic systems, the environmental crisis, among others, raise the question of the presence of God”.

Something that goes beyond theology, which is “a pastoral, evangelizing, missionary question: the capacity of the ecclesial community to explain this presence in its teaching, in its liturgy, in its praxis”reflecting on how to celebrate the Eucharist in the midst of the pandemic, “in even questionable conditions, not to safeguard a precept, but to allow the encounter with a presence”.

The passage that says “…this bread that nourishes and gives life, this wine that saves us and gives courage…”, according to the cardinal, “contemplates the action of God that prepares a table for the poor and solidarity in the incarnation of the Wordsigns of a perennial compassion and the presence in the Eucharist as a memorial of the action of God who continues his action through the ecclesial community so that there is bread on every table”, an idea present in the prayer of the current Congress, which ” understood from the perspective of synodality”, highlighting the community, social and prophetic dimension of the Lord’s Supper.

He reflected on “…the Spirit makes us one body, so that we may be one people in his love…”, which overcomes the stereotypes that imprison “the ‘Eucharist’ to a monstrance generally directed by an ordained minister“, to approach “the Eucharistic mystery in relation to the assembly”, which corroborates that “the Church becomes flesh and pitches her tent in the Amazon.” According to the Cardinal of the Amazon, “this Eucharistic communion sustains the life of the ecclesial communities in the most remote regions that, although they do not have the memorial celebration of Christ’s sacrifice with the necessary frequency, are structured in a Eucharistic way in a ministerial corporeality”.

Incarnation of the Word

He recalled the meeting in Santarém, last June, where the bishops of the Amazon “reaffirmed this ecclesiological conception that places the incarnation of the Church in reality, as a participation in the process of incarnation of the Word”, an idea present in the Final Document of the Synod for the Amazon, which highlights that “these paths of incarnation are also paths of inculturation and interculturality.” Highlighting the ecclesial community as the subject of liturgical action helps to overcome “a conception of ministeriality that gravitates around the individuality of the minister”, a risk that reappeared with the pandemic and the Eucharist without the presence of the community. In this sense, when speaking of the imposed Eucharistic fast, he recalled that this reality is present in the Amazon.

Addressing the theme of the workshop, the Archbishop of Manaus reflected on the triple munus of baptism: the prophetic, priestly and royal dimensions. The first is based on the fact that “he speaks to us through him”, affirming that “the prophetic ‘munus’ of Jesus is realized in the assembly through the proclaimed word”. According to the cardinal, “the Eucharist is always a prophetic gesture, a prophetic memorial“, affirming that “the Word of God resounds prophetically becomes ‘bread for all tables'”, emphasizing that “each member of the liturgical assembly in the exercise of his prophetic munus guarantees the tables of history, the table of the poor, the table of politics, the table of knowledge, the table of the hopeless…”.

A Disciple Church of the Word

The importance of the Word makes the Cardinal affirm that “it is not possible to live the prophecy if the assembly is not welcoming of the Word and perseveres in it”, something present in Amazonia, “a disciple Church of the Word”, which opens to different cultures, people, religions, “through a respectful dialogue that does not impose or exclude anyone”, because “prophecy and plurality are not opposing categories, but rather challenge each other“.

The priestly dimension is approached from the phrase “…we remember, oh, Father, at this moment, the passion of Jesus our Lord, his resurrection and ascension…”, affirming that “participation in the memory of the sacrifice does not restrict the baptismal priesthood to a cultic expression, but rather makes him a participant in the same sacrifice of Christ and with it he becomes an offerer”. According to Cardinal Steiner, “participation in the priesthood of Jesus leads to living this love to the end”. Something that has to do with a “ministerial priesthood” present in each baptized person.

Avoid separation between assembly and altar

Cardinal Steiner criticized “the appropriation of the rite by the priest”. The excessive accentuation of the sacrificial aspect, even as an articulation of the sacred space, creates a distance between the assembly and the altar.. In this sense, “do this in memory of me” is seen by the cardinal as “a mandate to safeguard mercy”, an urgency “in a world that has forgotten compassion”. The monopoly of the ministerial priesthood can lead to “the community ending up having a passive role in prophecy and (real) shepherding”, something that can be recovered from synodality.

Looking at the remote regions of the Amazon, he sees them as “eucharistic communities without ‘presidency,'” called to a reflection that leads to “providing this ministry by seeking answers outside the community that is priestly.” This leads him to say that “it makes no sense to celebrate the Eucharist in a model of intimate spiritualityIn this sense, he reflected on the call of the Final Document of the Synod for the Amazon, where the right of the community to celebrate is claimed and along with this he denounces that many communities in the Amazon spend years without the presence of the priest to celebrate the Eucharist, calling to reflect on this “from the identity of the priestly people”.

Eucharist and care of the common home

Regarding the royal (pastoral) dimension, Cardinal Leonardo Steiner reflects on the phrase of the V Eucharistic Prayer of the Roman Missal used in Brazil that says “…living with us in Christ…”, which leads him to see communion with the Lord like”participation in his saving mission, in the care of the lives of men, in the care of our common home“. In the dimension of care, it says that “the Eucharistic Congress will continue in the 2023 Fraternity Campaign”, because “the Eucharistic body of Christ cannot be dissociated from the wounded body of humanity”.

The cardinal affirmed that “the challenge of integral ecology makes every baptized person, who celebrates the memory of the risen Christ who makes all things new, become the guardian of our common home“. A Church that in the Amazon “assumes the mercy and compassion of Christ, in relation to every living being and life threatened, as the principle of all evangelizing action”. For this reason, “the fight for the rights of the most of the poor, of the original peoples, of the least, becomes an imperative for the Church, which cannot be less committed, called to listen to the cries of the people and to exercise its prophetic role with transparency”. Hence the importance of “rescue the dimension of care as an attitude of the baptized who participate in the body of Jesus”, overcoming subjectivism, self-referentiality and selfishness.

In conclusion, taking as reference the phrase that says: “And to us, who are now gathered together and are a holy and sinful people, give us the strength to build together your Kingdom, which is also ours”, proposes resonance points: awareness of being the People of God; offer a gracious presence of God; see the Eucharist as an authentic and necessary announcement, sure, solid, that helps guide the reconstruction of human relationships; Eucharist generating synodality as a model of articulation of the ecclesial community; ministerial diversity articulated from the group and not from the individual; go beyond the sole commitment to ecclesial structures; see the common home as a theological place related to the Eucharistic mystery from the understanding of integral ecology, implying prophecy, spirituality and care.

Cardinal Steiner: “The Eucharistic body of Christ cannot be dissociated from the wounded body of humanity”