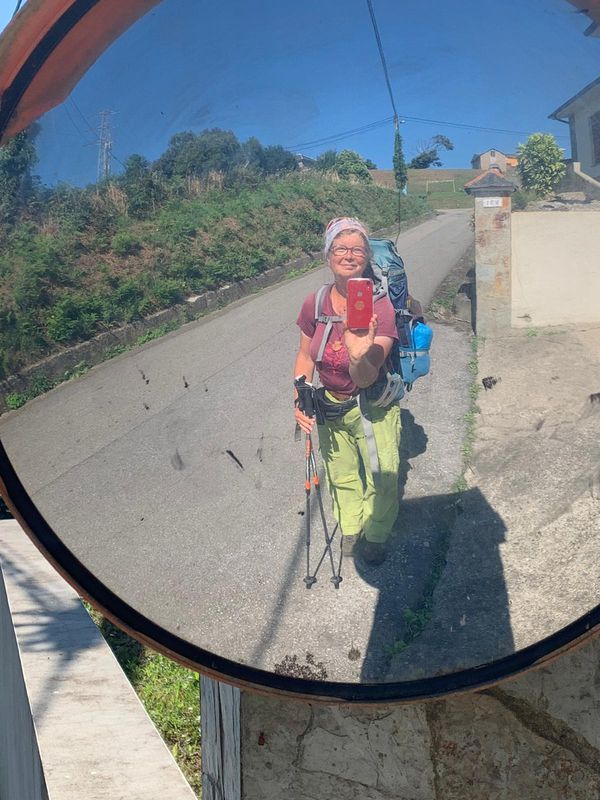 2022 is a historic year for the Santiago’s road. For the first time in more than eight decades, the Holy Door of the Cathedral of Santiago de Compostela remains open –for the second consecutive year– to welcome pilgrims from all over the world due to the special circumstances of the covid pandemic, which prevented many people from making a pilgrimage to the capital of Galicia throughout the past year. This historical circumstance It has only happened two other times in the last century and a half: in 1885, when Pope Leo XIII decided to celebrate an extraordinary Holy Year to commemorate the discovery of the remains of the Apostle Santiago inside the temple; and in 1937 and 1938, on the occasion of the Civil War.

Though the influx of pilgrims has grown and continues to do so on all routes, this year’s “favorites” continue to be the Northern Way, the French Way and the Primitive Way. The north road is the second longest route of the Camino de Santiago, only behind the Vía de la Plata. It begins in the Basque city of Irún and reaches Santiago de Compostela, after joining the French Way in the municipality of Arzúa. Have 820 km of route to the capital of Galicia, with a total of 34 stages of approximately 25 kilometers each. In 2015, he was recognized by the UNESCO, along with the Camino Primitivo, as World Heritage.

The end of one of these 34 stages, in the town of Vilanova de Lurenza, in the province of Lugo, is the Savior Hostel, a privileged place that allows you to spend the night within walking distance of the different points of tourist interest in the region. Among them, the Beach of the Cathedrals, a natural monument located in the Rasa Cantábrica geomorphological formation, which year after year occupies the podium of the best beach in Spain, as well as being considered the second best in Europe and the sixth best in the world.

Arthur Bressel and his partner run this idyllic place, a direct witness to the adventures of the pilgrims who travel the different stages of the Camino del Norte.

“In the postcovid tourismthe Camino fits perfectly since people look for uncrowded places, where you can enjoy outdoor activities while discovering a very important part of the national heritage. And all that, at a good price, ”says Bressel. “Even so, and due to the specific characteristics of this type of tourism, there has continued to be a large influx of pilgrims; in 2020 we had similar occupancy to the previous year, and 2021 was even better. In fact, it is being curiously this year when we are having more last minute cancellations which, in my opinion, have to do with the economic crisis. Canceling rooms in a hostel that costs 15 euros a night (9 euros in the municipal ones) is not something normal if it is not because people cannot, today, afford even the slightest extra expense, ”he adds.

According to data from the Xunta de Galicia, the region closed 2021 with more than 178,900 compostelanas – document issued by the ecclesiastical authorities and certifying that the person has completed the Camino de Santiago – stamped at the International Pilgrim Reception Center, which confirmed the reactivation of the Camino and exceeded all expectations. For its part, 2022 is breaking all records: during the first week of June the number 100,000 Compostela had already been reached– figure that last year was not achieved until the first week of August.

In general, it is estimated that this year there are 17% more pilgrims than pre-pandemic. Although this is one figure “down”, given that not all the people who make the way pick up their “compostelana”. In fact, the data collected by sensors installed on the Camino Frances –within a pilot project to measure the influx– indicate that at least 50% of the pilgrims who arrive in Santiago do not collect the distinction.

«This year we are seeing many foreigners, I would say more than ever. And from very distant countries from which we had never seen pilgrims arrive before, such as Zimbabwe, Korea, Alaska, or California. In addition, those who come repeat, “says the owner of Savior.

BeLu (“nickname” of peregrina by which people know her on El Camino) is one of those that repeats. Is 45 year old German he stopped at Arturo’s hostel a few days ago, and his story impressed him – something that is not easily achieved after seeing so many pilgrims pass by. And it is that she is not a pilgrim to use: for her walking is a way of life, to which he dedicates all the time he can. This year it will be nine months, of which she has already invested five and a half.

He left through the door of his house in Fulda (Germany) on February 22 with the mission of walking to the Holy Door of the Cathedral of Santiago and returning, nine months later, in the same way. He has been walking for 160 days, in which he has traveled Switzerland, France – along the Via Podiensis, passing through Lourdes, Col de Somport – and, already in Spain, the French Way to Santiago, where he arrived a month ago. From there he continued to Finisterre, where he took the Camino “Dos Faros” -from Malpica to La Coruña-; from there to Betanzos, where he began the Camino del Norte. This weekend he will arrive in Ribadesella, from where he will travel along the Irún Coast, the Aquitaine Coastal Path, from there to Orleans, to Paris and, finally, back to Germany.

“It is not the first time that I have done something like this, but it is the most special occasion for me. I’m not a believer, but yes I do it to keep a promise I made to myself years ago. You don’t need a religious motivation to breathe and feel the spirituality that exudes every meter of the way, it is omnipresent, it’s everywhere”, he explains while taking a break in his day to rest and drink “a cold beer”.

BeLu began her journey as a pilgrim when she was just over 20 years old. She did it walking from Germany to Lourdes with her parents. “They met there, they both went as pilgrims, and they went back there to get married,” she explains. Her mother suffered from an illness and they wanted to do her route again, offering it for that cause. “There I saw the first pilgrims on the Camino de Santiago. I started reading about it and I made it a point to do so as soon as my job would allow it,” she explains. “I greatly admire the primitive pilgrims, those who did it in the Middle Ages, going through real hardships.”

Last year, Paqui celebrated her 50th birthday on the Camino; this year, they celebrate those of his partner. “For us it is the best gift we can give ourselves, we enjoy everything very much: the gastronomy, the landscape, the people.” For this Andalusian, One of the main attractions of the Camino del Norte is the legends that surround it, «Like the Santa Compaña, we are passionate about the subject; we stopped at all the cemeteries and small churches to say a prayer».

Camino de Santiago: “You don’t have to be religious to feel spirituality”