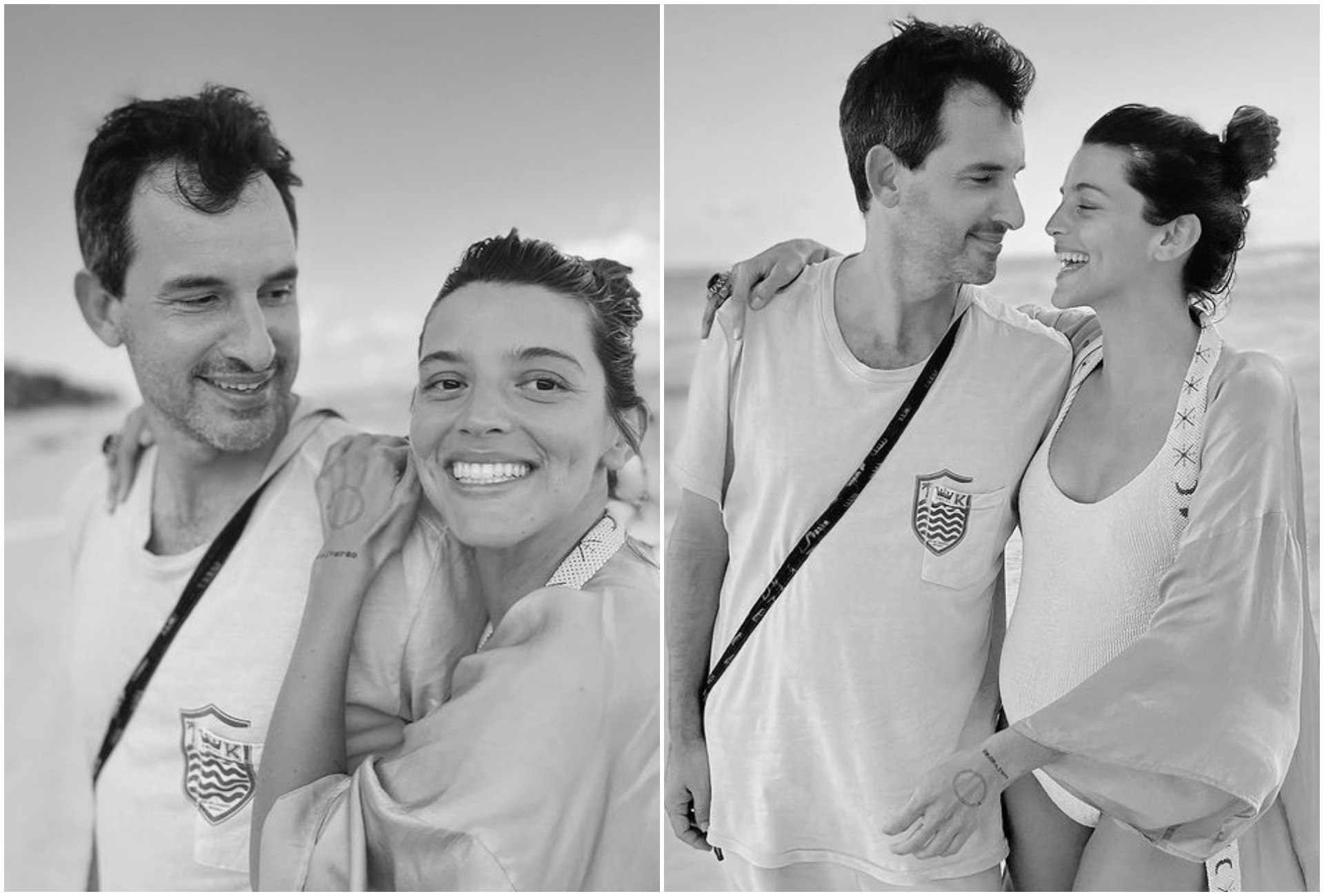 
Away from media life and focused more on the spiritual, Calu Rivero He shared in the last few hours on his Instagram account the exercises he did to feel like he was in his mother’s womb on a beach in Tulum, Mexico.

The actress uploaded a video where she is seen doing ironing with her eyes closed where a woman was moving her, also stuck with her head in the water. In the publication she explained the process and thanked Aito de la Rua, your partner and father of the baby on the way, for the experience of being able to connect with your parents and your future child.

“Return to the womb through this #aguamagica #wataflow technique. Who would have thought that I would remember things, emotions that I felt when I was in my mother’s womb. I do not! If he was just a baby. But the truth is that the body has memory and when I began to replicate the movements we make when we are in the womb, in the water, my body began to bring me beautiful and unexpected sensations. How difficult to put it into words, as I write this, I feel goosebumps on my arms, “he reflected. Rivero.

“Being pregnant, I intend to ask to connect with my process. The me before, when I was in my mother’s womb, and the me now, with this little baby inside my womb. First, precious memories came to me that filled me with gratitude to my mommy. And then I connected with baby and dad, with surrendering the three of us to this new process with trust and love. Amore (Aito de la Rúa) thank you for having such a clear vision regarding what to do to get to know each other more and better. Thank you for inviting me to have this memorable experience,” she continued.

“Thank you @oceane_therapy for being the perfect channel for this memory, for guiding me with the movements, for singing to me with your sweet voice and making me feel like a baby again. Thank you @nomadetulum for having these water temples that contain this sacred memory. Que!!!. I never cease to amaze myself with the infinite possibilities we have to connect more and more with ourselves. There are things that we simply cannot stop experiencing and this is one of them. Ashé”, concluded the artist also known as Dignity.

Calu Rivero He is, without a doubt, in one of the best moments of his life. In mid-August, the news broke that she was going through her first pregnancy with Ferdinand Aito of the Ruawith whom until then they kept a very low profile, to the point that it was not known that both had been together for some time.

The love story between Calu and Aito began thirteen years ago, and was on hiatus until they met again in 2021. Their lives progressed as parallel lines, focusing in recent years on spirituality and sustainability, and when their paths crossed again They realized they were on the same page.

In December 2008, strong rumors of romance arose, and although initially his relatives claimed that it was only a friendship that dated back more than a year, Rivero confirmed the courtship shortly after. “We pamper each other, we seduce each other, we kiss. Ours is like that, it doesn’t need an explanation. We are and period”, expressed the actress, who at that time was 21 years old and Fernando 32.

Calu Rivero’s exercises to feel again in the womb: “The body has memory”