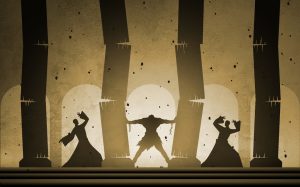 Do not give in to market conformism, to ambient egalitarianism. Dedicate yourself to an ambitious quest and conquest of oneself, of the Self. How to achieve it? ” To distinguish itself by culture, by meticulousness in detail and by heroic contempt for any blackmail to comfort. There is a spiritual difference between men and it is necessary to know how to develop what makes the caste, the particularity ” writing Jean Louis Ragot in his last luminous column to read on Mizane.info.

To be free to grow, to develop. To be detached from the world to listen to the inner suggestions that animate and make you act. To be free from the world in order to be able to live according to the Spirit. Spirituality is maieutics: something, in the unconscious, is destined to pour out, through speech or writing. Inspiration comes from an interior and divine source, it requires a relative autonomy of the thought compared to the conditioning of the world and its passions.

Conscious detachment provides the mystical inspiration to develop the powers of the mind, buddhi, the capacity for intelligence linked to discernment, thanks to an inner connection with one’s divine essence. This connection is only possible when one has brought order to the inner chaos. Going upstream you can find unknown resources. The inner journey reveals hidden secrets, the exploration of clan memory makes it possible to find lost knowledge and regenerate the intellect at the source of inspiration and poetry.

Break free from the herd

To make flourish, in a limpid and harmonious way, a consciousness and a work which are the fruit of slow metogenetic acquisitions, this passes through spirituality, through the liberation of an innate and atavistic aesthetic, of a differentiated psychic and spiritual heredity. of the mass of the vulgar.

To distinguish itself by culture, by meticulousness in detail and by heroic contempt for any blackmail to comfort. There is a spiritual difference between men and it is necessary to know how to develop what makes the caste, the particularity. Such is the healthy pride to be opposed to leveling egalitarianism.

This involves a concern for quality and detachment from what is measured by the degree of usefulness. Material well-being is a lower value than the inner harmony of one who surrounds himself with beauty. Cultivating one’s virtues, showing delicacy, gives this aristocratic spirit which is the best support for a metaphysical realization. The one who has set the course in the direction of transcendence must burn all that remains in him that is still too human and thus free himself from the herd to become an initiate.

The immanent path of the solitary

A thousand dreams were shattered by words, words that still resonate in my head, words of resignation who don’t want to confess their surrenders. They fell into non-creation and they enslaved themselves to the blackmail of the system.

The old bitterness of the aggressions of this humanity conditioned in the globalizing mediocrity which sticks in its bad luck the slightest desire for personal development, pollutes for a long time the memory of the one who had to isolate himself to save his Immanence. Growth, self-creation, the capacity for untamed effort must, like Saint Barbara, be enclosed in a tower. Barbara, enclosed light, beauty hidden from the gaze of men, jewel hidden in the depths of the inner earth. 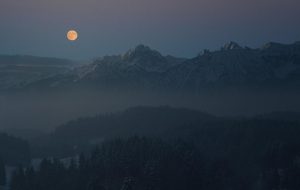 During this dark season, you have to hide your soul or you will be hated by those who are ashamed of themselves, and even more so by those who are no longer ashamed at all. They are demoniacs, the slightest dialectic with them poisons you forever. Their slime is indelible. They spit on beauty as soon as it is shown to them, they repress it. They have a horror of sincerity because it is too beautiful a virtue for them.

To form a couple with its Immanence, such is the path of the solitary. She is a protection against the aggressors whom She strikes down with Her power. She is a help, an inner support and a force of affirmation against the crachotis of the little ones.

Cultivate an inner sense of loyalty

The permanent memory of the dictatorship of the vulgar must be the stimulus for solitary and discreet growth. The harassment suffered and which left so many consequences was inspired by latencies revealed in the refusal of the totalitarian mediocrity which imposed itself with so much insistence.

These innumerable intruders detect your orientations and your abilities before you do, so they cling to you like shameful parasites to suck your blood, to plunder and ransack your genetic heritage. Aristocracy, spiritual value, inner discipline, that is what they pursue.

To be an autonomous and personalized warrior, oriented towards immanence, to maintain a feeling of superior dignity, implies a severe deportment and the virtues of an ascetic. The only privilege that remains today is in the talent, in the style and in a delicate and subtle severe bearing, because true nobility is a temperament. 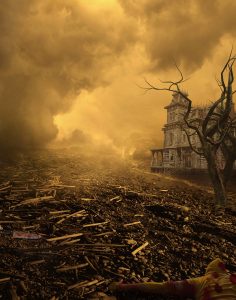 Life and happiness are less important than loyalty to one’s genes. A direct and visceral intuition of what is noble implies a sacrifice and a renunciation, it is a spontaneous feeling which does without the motives and the justifications proper to the vulgar, and which is independent of any conditioned faith. An innate superiority must be conquered and proven in an insubordination to a majority of slaves who impose their vices and their irregularities.

Andria: presentation of the book "Francesco and Federico, two giants in the mirror" on Sunday 8 Janu...
Paris has been an archdiocese for 400 years. His own story
Artificial Intelligence goes to the next level by "resurrecting" Steve Jobs
Tweet
Share
Share
Pin