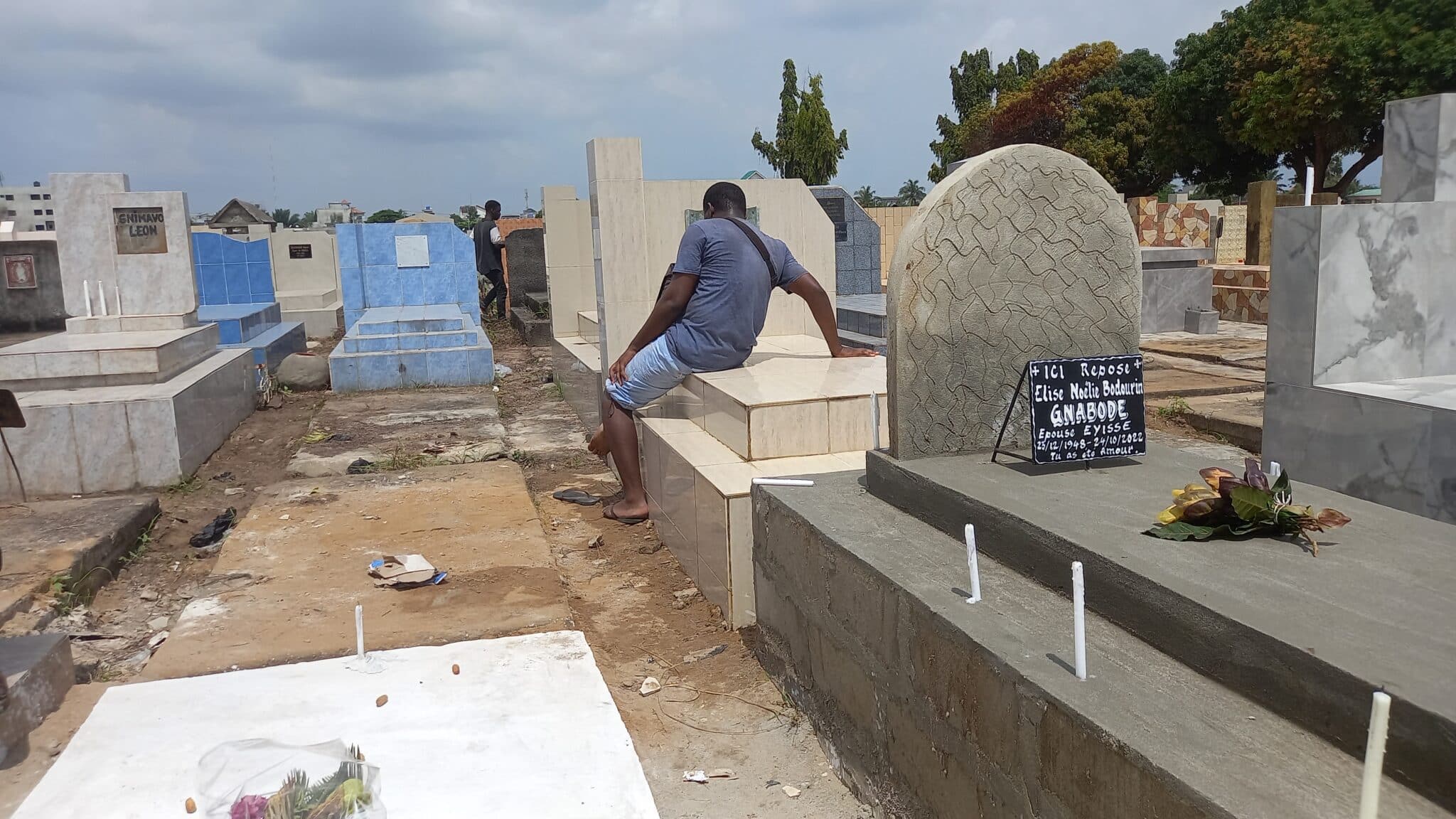 A month of great spiritual fervor around the memory of the deceased, November is an opportunity for many faithful Beninese to go and pray at the graves of their deceased parents and pray for them.

In the parishes, requests for masses are experiencing a peak. What explains this increase in requests for Masses in November?

Many faithful Catholics in Benin take the opportunity of the month of November to multiply requests for Masses for their deceased. But to each his own motivation. If in the eyes of Arnaud Govoeyi, a faithful Catholic, “it is a duty for every Catholic Christian to pray for his deceased by asking masses for them”the motivation of Alexine Dovonon – another Catholic – is more of an eschatological order: “The Masses that we ask in large numbers during this month for our parents who have already left remind us that we must live on earth as citizens of heaven”.

She adds that “These masses are beneficial not only for the deceased but also for us the living since these deceased intercede in return for those who ask for masses for them”. Bill Yoclounon, a believer in a suburban parish in Cotonou, believes that “it is normal that the pilgrim Church, that is to say, we who are here on earth, pray through these masses requested for the total purification of the suffering Church, those who are in purgatory”.

But Étienne Koko, a Catholic student, points out that “November is also the month when the price of requests for masses for the deceased is reduced to a modest sum” what Father Denis Chacran corroborates by explaining that in the diocese of Djougou (North-Benin) of which he is in charge of communication “in November, the price of requests for masses goes from 2000 CFA francs (around €3) to 1,000 CFA francs (around €1.5) or even 500 CFA francs (less than one euro)”.

Menu of activities in the dioceses

At the parish of Notre-Dame-de-la-Route de Bembèrèkè in the diocese of N’Dali (North-Benin) for example, on the program for November 2, “prayer in the cemetery followed by a procession to the parish church where there will be a mass for the faithful deceased. Every Friday of the month, there will be Way of the Cross followed by Mass for the deceased.. Father Simplice Boco, vicar general of the diocese, specifies that there will also be “every Thursday of the month, meditation on the last ends based on a biblical text”.

To read : Toussaint in Dakar: good deals from sellers around cemeteries

Similar program in Djougou where pastoralists have “celebrated the worship of the dead in the cemetery from the evening of All Saints’ Day since November 2 remains a working day”. In this diocese “where certain ethnic groups usually bury their deceased in the houses, the pastors will circulate in the dwellings of the faithful to bless some graves”. Father Chacran “also notes the exhibition of photos of the deceased at the foot of the altar of certain parishes or at the entrance to churches”.

Finally, at the parish of Saints Peter and Paul of Danmé-Lokonon in the diocese of Porto-Novo, the capital, the pastoral plan of Father Augustin Minanflinou, the parish priest, for this month is composite: “to urge the faithful to take care of the cemeteries not only this month but throughout the year, to live the Augustinian spirituality which consists in praying for the deceased after each meal and asking masses for them”.

But where does the practice of requesting masses for the deceased come from?

“Even if the practice has evolved from one era to another, the mass for the dead dates back to the first centuries of the Church where there were many martyrs” explains Father Jean-Claude Koudessa, Church historian.

But it is through a biblical reference (2 Maccabees 12, 45-46) that Father Pamphile Legba indicates as the main biblical justification for the practice: “He further considered that a most beautiful reward is reserved for those who fall asleep in godliness and this is a holy and pious thought. This is why he made this expiatory sacrifice for the dead, that they might be delivered from their sins”.

The Bible scholar adds that “Furthermore, the attitude of Jesus praying before the tomb of Lazarus, the resurrection of the widow’s son and that of the daughter of Jairus preceded by a prayer clearly show that death cannot put an end to our human ties and that God, who alone has power over death, shows himself to be sensitive to the prayers made for the deceased..

Benin: Catholic faithful intensify prayers for their deceased in November