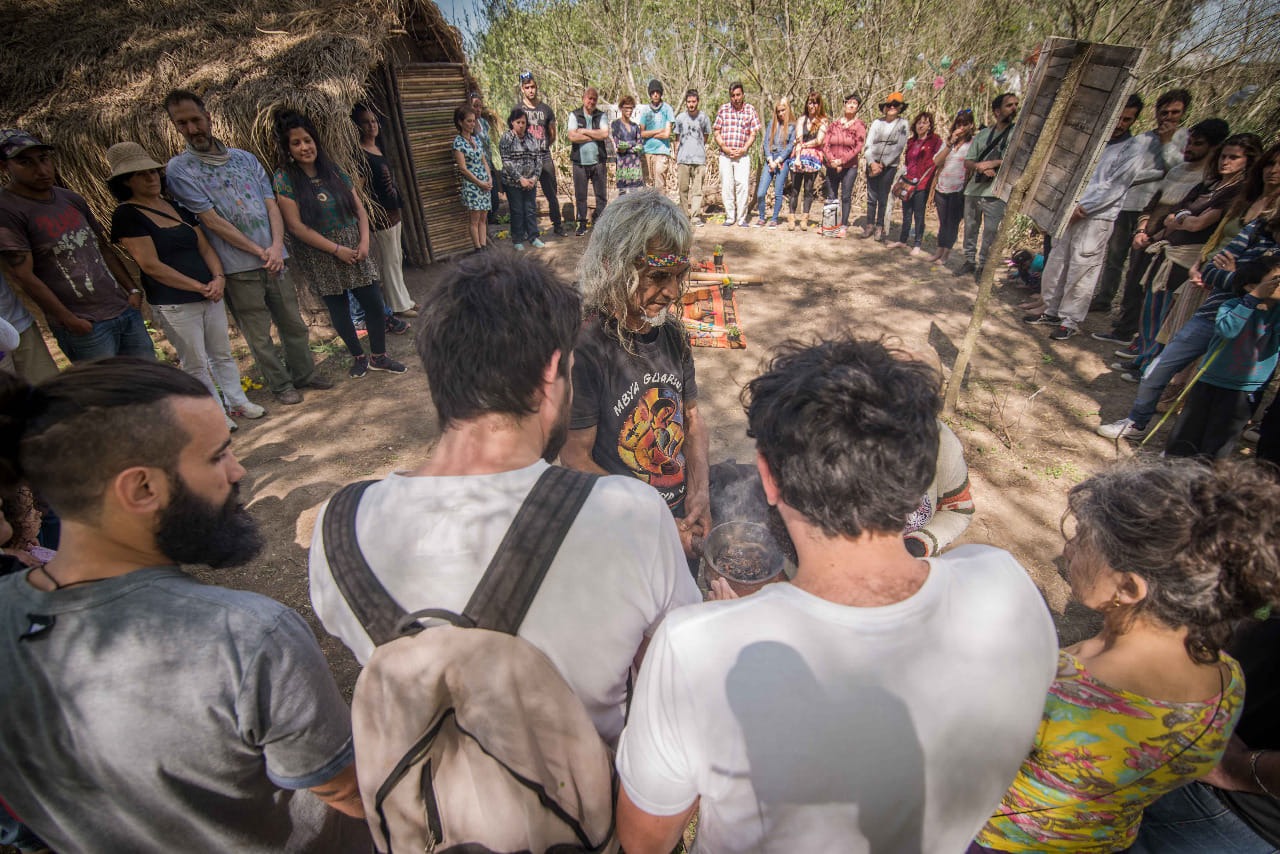 Next Sunday, September 25, starting in the morning, the Punta Querandí Indigenous Community invites you to participate in the celebration for the Ara Pyahu (Guaraní new time), a vital part of the spirituality of our territory located in the Punta Canal de Dique Luján (Tiger ), zone of ancestral burials of native peoples in danger due to private neighborhoods. By Punta Querandi.

Transcending borders, in the metropolitan area of ​​Buenos Aires, various sectors of the great Guaraní Nation began to meet in the last decade to celebrate the Ara Pyahu ceremony, a very strong tradition in mbya communities in the province of Misiones and Paraguay. With the flowering of the lapacho, the spiritual guides (Opygua) of each village make blessings for children, women, men, for the mountains, for animals, for plantations and for health, in a commemoration that is repeated every spring.

Regarding the schedules and activities planned in Punta Querandí, at noon there will be a welcome in front of the Autonomous Museum of Indigenous Management and the Monument to the Jaguar, and from there we will enter one of the paths to the Opy (temple or house of prayer). of straw and mud), one of the spiritual spaces of the territory.
After the ceremony, we will share a fresh lunch (vegetables, lentils, beans and a chicken, rice and peas salad) for which voluntary contributions will be received to collaborate with the community projects of Punta Querandí. We ask please those who can bring plates and cutlery.

Then we will start a music festival with speakers from different sectors that have supported the fight.
Among other artists, we will be accompanied by the Community of Sikuris del Arco Iris, Sikuris Ahihaymanta, the folklore singer Ariadna Camacho de Benavídez and from the province of Chaco we will have a very special presence: the bilingual intercultural teacher Pablo Cristian Santos from the Moqoit El Pastoril Community he will perform songs in his native language and will share with us about the moqoit new year celebrated a few days ago.

In addition, there will be a reading of stories in Spanish and Guarani by Darío Juárez and Verónica Gómez, part of the authors of the book Native Voices of America in Buenos Aires.

During the day, the Autonomous Museum of Indigenous Management will also be open to visitors and there will be a sale of products and handicrafts from the premises that the Union of Original Peoples of Tigre and Escobar has in Puerto de Frutos.
To facilitate the arrival from the center of Tigre, the Municipality will have a free bus that will depart from the train station for Punta Querandí at 10:30 in the morning. This same transport will make the return trip at the end of the celebration, at 7:00 p.m. 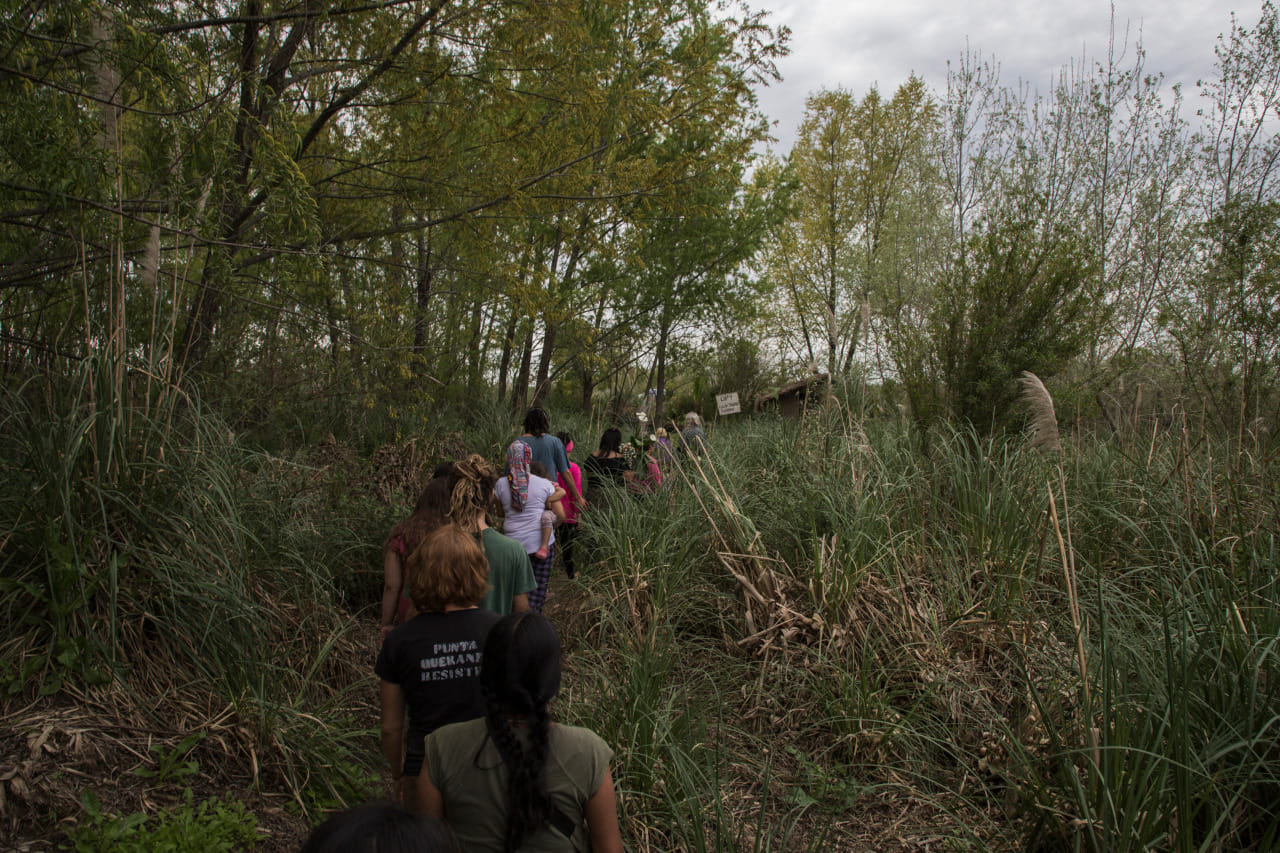 The first Ara Pyahu celebration in Punta Querandí was in 2011, but since 2016 it has become one of the most popular ceremonies due to an unfortunate event: the destruction of the Opy by those who wanted to take over the territory for their real estate business. The fight continued to gain more and more strength despite the various eviction lawsuits promoted by the EIDICO company.

Since September 2019, the last open ceremony before the pandemic, numerous triumphs have changed the context. At the end of that year, the continental wetlands protection ordinance was achieved in conjunction with the Assembly of Dique Luján and Villa La Ñata. In 2020, the Community Property Agreement was signed and the Union of Original Peoples of Tigre and Escobar was formed. In 2021, the first returns and reburials of ancestral human remains were achieved in Greater Buenos Aires and the indigenous language courses financed by the Municipality of Tigre, which also granted a sales outlet in the Puerto de Frutos to collaborate in the economic development of the communities.

These advances were achieved almost two decades after the events that gave rise to the formation of the Punta Querandí Indigenous Community: the appearance of archaeological remains making visible the destruction of indigenous burial sites due to the indiscriminate advance of the private neighborhoods of “Nordelta” and “Villa Nueva”. ”, which devastated the continental wetlands in an area ancestrally inhabited by Querandí, Chaná and Guaraní.

The Punta Querandí Indigenous Community is located between Brasil Street, Arroyo Garín and Canal Villanueva, in the Paraje Punta Canal, on the border of the towns of Dique Luján (Tigre) and Maschwitz (Escobar), Province of Buenos Aires. Inland wetlands of the Luján River.

Warning: Until the perimeter road of the private San Benito neighborhood is opened, the only way to get there is through Brasil Street, crossing the Garín stream with a boat for local use.

How to get there with public transport

Every day we try to provide you with quality information and offer you a different point of view about what is happening. We are a community, alternative, popular and self-managed media. We live in times of a deep and complex socio-economic crisis. In this context, ANRed can only continue to grow with your help.