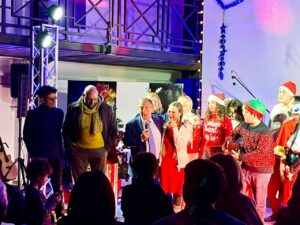 During the Christmas festivities, she was the organizer and the preparer of the two concerts, marking the time of improvisation and jazz rhythm, which took place in Brolo and Patti, curated by the Music Art Academy. 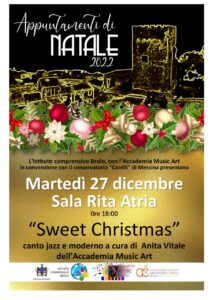 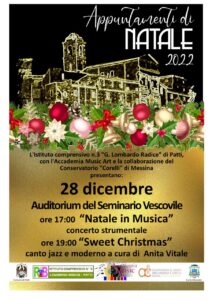 A great success that has seen the combination of art, study, professionalism and love for music. A perfect mix from which you can only get a great result.

In Brolo, Anita Vitale made the audience at the “Rita Atria” relive magical atmospheres, with a musical beating that touched some of the most famous melodies of Christmas and beyond. An original repertoire that has highlighted the splendid voices and different sound timbres of the boys, with the unfailing support of the excellent teacher Anita Vitale. 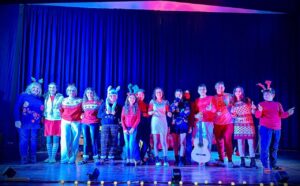 Thus Vitale, a musician of international standing, demonstrated that with children it is possible to play and improvise rhythmic figures to explain what happens to melody and harmony in jazz as in a game, giving examples and creating stimuli and curiosity. It is not obvious that a passion can be born from a spark, but the attempt is never in vain and could already be enough to create that mixture of curiosity and an interest which can then develop over the course of life.

So perhaps it was for Jazz in Brolo. She has been trying for years, from the distant seasons of the “Brolo Doc Festival” between contaminations and beautiful music, then with the Blu Blu Festival and for three years with the Jazz Festival. 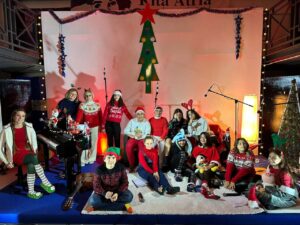 Little seeds now bearing fruit, as Nuccio Ricciardello says, among the first to compliment Anita Vitale and Sergio Camuti. The town councilor for tourism has always, even in splendid solitude, had and has believed in the strength of this Festival, almost as if he wanted it to become an ambassador of the Brolese summer, and which now finds more and more admirers.

The jazz is acoustic music full of colors and very varied from a rhythmic, harmonic and instrumental point of view.

A music suitable even for the little ones, says Sergio Camuti, who wanted Vitale, starting this year, in the teaching staff of his Academy, who adds “More than a limit, complexity can represent that variety of sounds and vibrations capable of positively excite the little ones to promote well-being, relaxation and cognitive development. The musical improvisation on which jazz is based has to do with the development of individual creativity”

From these bases the two concerts are born, a synthesis of months of studies and meetings. 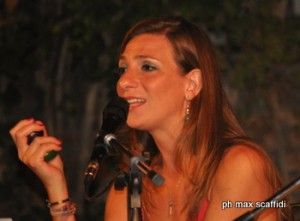 In Patti and Brolo the work done by Maestro Anita Vitale mainly worked on the arrangements: they were particular and original with a nod to that jazz and swing that always manage to give joy, light-heartedness and lightness even to purely spiritual manifestations .

The boys with their liveliness, together with spirituality, were the cornerstones of this project, as the ultimate goal of the concert was to ensure that every spectator could travel on the melodies and between the words, until feeling deep inside the own heart the joy and the will to live that are felt even stronger during the holidays. 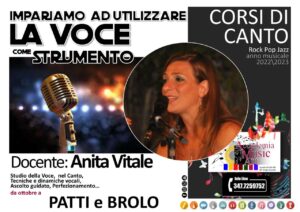 The program performed embraced songs from the international popular tradition of all cultures which, in any case, are an expression of the joyful side of Christmas such as: Amazing grace, Jingle bells rock, Oh, Happy Days, Let it snow, Felix navidad, etc. etc.

They were exciting concerts and at the same time full of surprises.

The Music Art Academy, which operates in agreement with the “Corelli” conservatory of Messina, in the person of its President Sergio Camuti, wanted to thank the Comprehensive Institute No. 3 G. Lombardo Radice directed by the Director Prof.ssa Antonella Milici and that of Brolo led by Giacomo Arena who with dedication and great professionalism cultivate among their students the love for music and pass it on to the new generations. Camuti also thanked the local municipal administrations for the free sponsorship given to the two concerts.