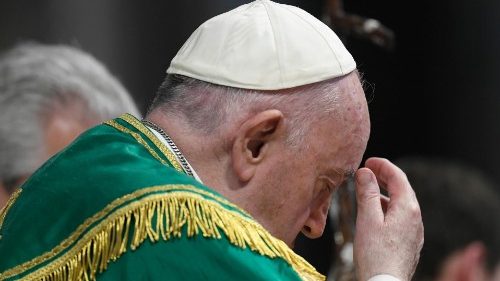 “Faith and religious tradition can never be taken for granted and assumed. Russian and Ukrainian Christians share the same divine liturgy and the same spirituality that is typical of the Eastern Churches”

“How far must the evangelical message still go to enter the hearts of Christians and permeate their culture, to embody the example of Jesus?”

(Vatican News).- We are approaching the end of the ninth month since the start of Russia’s horrible war of aggression against Ukraine. Nine months it is the time in which a human life takes shape in the womb and then it comes to light, but the Ukraine has not been a gestation of life, but only of death, of hate, of devastation.

There is an aspect of this war that we do not always remember: it is about a conflict involving two peoples belonging to the same faith in Christ and at baptism itself. Christianity in that geographical area is associated with the Baptism of Rus’, completed in the year 988, when Vladimir the Great wanted his family and the people of kyiv to receive the sacrament in the waters of the Dnepr. Russian and Ukrainian Christians share the same divine liturgy and the same spirituality that is typical of the Eastern Churches.

Today this common belonging tends to be hidden faith and liturgical tradition for reasons linked to war propaganda: when you fight, when you kill, you must forget the face and humanity of the other, as the prophet of peace Tonino Bello recalled. And you must even forget that the other has your same baptism.

The fact that what has broken out in the heart of Europe is a war between Christians makes the wound even more painful for followers of Jesus. We are not facing a conflict that can be classified in the comfortable scheme of the “clash of civilizations”, a theory that became famous after the Islamist attacks of September 11, 2001 to mark the differences between “us” and “them”. No, here the aggressors read the same Gospel as the attacked.

The consternation raised by this observation could lead us to reflect on how far the evangelical message still has to go to enter the hearts of Christians and permeate their culture, to embody the example of Jesus, who in Gethsemane ordered Peter to put the sword in scabbard It could even induce us to climb the judgmental and reassuring pulpit of those who want to make the difference between “our” Christianity and that of the warmongers who they mix sacred icons with flags of soldiersjustifying aggression and violence with religious discourses, as we did until the day before yesterday and as perhaps some would like to do today as well.

“How far must the evangelical message still go to enter the hearts of Christians and permeate their culture, to embody the example of Jesus?”

But this attitude would only be a comfortable escape route for us, a form of self-absolution so as not to keep open the wound generated by this war.

The ongoing conflict in Ukraine teaches us instead that belonging to a common traditionthe memory of an identity and a culture that have their origin in the same evangelical proclamation, are not enough to avoid let us slide into the barbarity of violenceof hate and murderous war.

We give you ‘Past, present and future of Opus Dei’

Andrea Tornielli: “The Ukraine scandal, a conflict between peoples who share the same baptism”