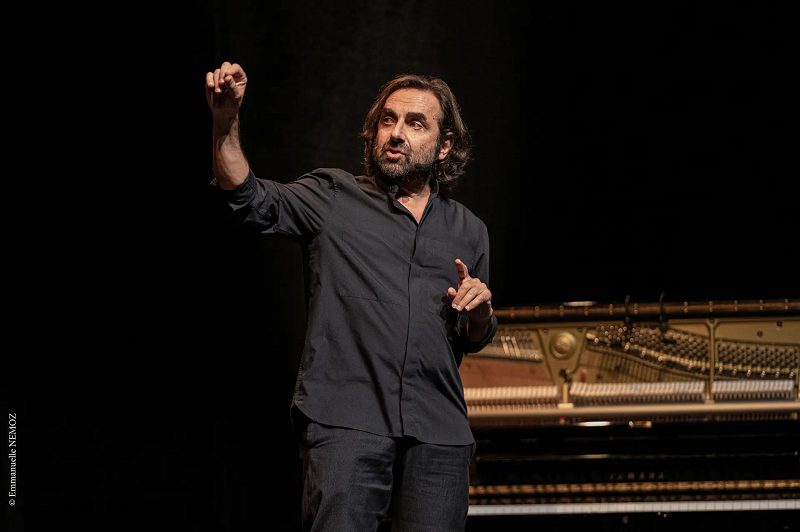 André Manoukian is back at fenua for a “keying conference”, Notes that love each other, in which he wants to share his immoderate love for music. From Antiquity to Duke Ellington, from Sheila to Beethoven, from his years of music theory to his passion for the divas, the very media-friendly jazzman, who handles improvisation as well as the punchline, promises humor, pedagogy and a bit of emotion to the public of the fenua that he is impatiently waiting to find again. Interview, before his one-musician-show on December 3 at the Intercontinental Tahiti.

Returning to play in Tahiti is to awaken “very emotional memories” for André Manoukian. The jazz pianist, known for his media appearances as much as for his eclectic collaborations, came in 2013, already invited by Radio1, and already on the motu of the Intercontinental Tahiti. He then performed with the American singer China Moses, a first for this duo who will do dozens of scenes together. Among other things because the evening had been a success: “I remember a very warm, very demonstrative audience, and that, we artists, we love that”.

This atmosphere, André Manoukian should find it this Saturday, December 3 on the motu, but this time, he will be alone on stage. Or not completely: he will be in front of his piano for a one-musician-show, one might say. a strumming conference, as he likes to say and in which he will seek to convey to the public his immoderate love for music. 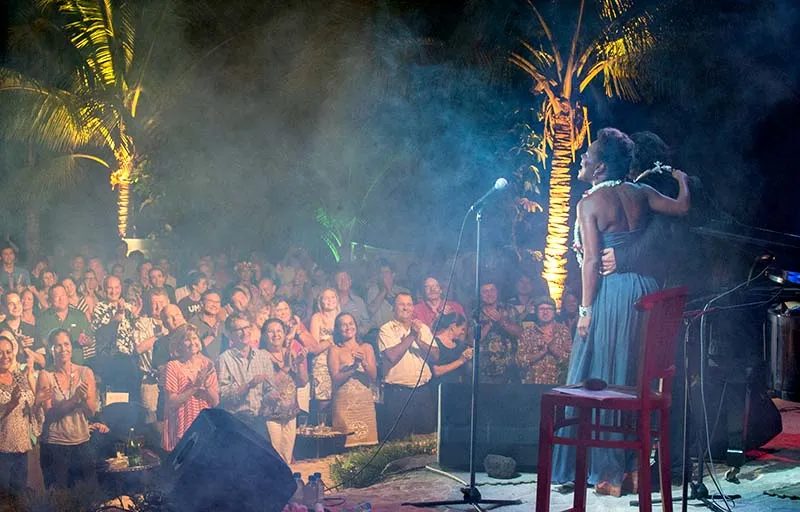 André Manoukian on the motu stage in 2013 with China Moses. “You are the best audience in the world! » he had launched to the crowd.

Mozart or Bach made battles “before Booba and Kaaris”

Jazz music in particular, the discovery of which, for this son of a musician awakened very early to classical music, had marked a turning point in his life. “When you’re a kid learning classical piano, music theory and reading, you kinda get stuck in your ass,” he laughs. So how not to be impressed by these “free musicians” who play cascades of notes with as their only score a small grid marked with “cabalistic chords”? Improvisation becomes a passion, an obsession for André Manoukian, who recounts in the show how music schools, transformed into conservatories to teach and play the music of great composers, have gradually made people forget that these historic musicians knew ” all improvise”. Beethoven, Liszt, Bach who had flattered a “completely lame” theme which introduced him to Frederick II of Prussia before sublimating it on the spot. Mozart, who from childhood liked to try to find “the notes that love each other” – and which will give a name to the show – even indulged in “battles”, one of which, with the Italian Clementi, is remained in the annals. “We didn’t wait for Booba and Kaaris for that,” exclaims the musician who wants to rehabilitate “improv” from an early age: “we forgot that in playing music, there is play”.

He knows how to play, with all types of music – he talks about Wagner, Sheila and quotes Duke Ellington who distinguished “two types of music: good and bad” – but also the verb, drawing on his personal journey to bring the public to the tuning fork. On stage, Manoukian talks about his love for singing, this “emotional striptease”, and for the divas, which “has brought him many setbacks”, deals with the blending of rhythms, dissects the physics of sounds, and discusses on “Apollinian music, the one that leads to the cosmos by its purity” as “Dionysac music, the one that awakens bestial things”. The specialist, who graduated from the prestigious Berklee School of Music, also explains in detail and in music, how powerful feelings can shape successful compositions: “You can make money out of your heartache”he laughs.

“Music, an explosive mix of spirituality and eroticism”

Humor and the punchline are a bit of the hallmark of the composer, who worked in the shadow of Aznavour or Janet Jackson before becoming a great regular in the media – on France Inter in particular, where he holds regular musical chronicles – since his time on the jury of La Nouvelle Star. “I got that from my grandmother who owed her survival to the chat, says the Lyonnais of Armenian origin. She had more or less convinced a Turkish commander who was deporting her to death to spare her.. From his family, André Manoukian also keeps an important musical heritage, that of the sounds of the Orient “where we mix the major and the minor, sadness and joy” and which he intends to have the public explore on December 3rd. Explore space and especially time. From the Romans who tortured Christians with “300 flautists fatally out of tune” to the relationship between Robespierre and the birth of jazz (there is one!), passing by Sheila, the pyramids or Claude François, the piano-lecturer makes us contemplate the History by the small end of the trumpet. But don’t forget the emotions. “Music being this explosive mixture of spirituality and eroticism, mathematics and madness, we are forced to navigate between these two impulses, he describes. And it’s when we finally accept them that we are at peace with them and that we have understood the greatest gift that music gives us, which is that it must make you travel.

“I challenge anyone to resist” to Polynesian songs

A trip that will be for André Manoukian the opportunity to reconnect with an old love: Polynesian music and especially its songs. The passing artists all say they appreciate the sounds of the fenua, but the pianist, who had already come in the 80s with the singer Nicolas Peyrac, speaks of it with particular implication. “When there is no music, a heavenly place is like nothing at all, he smiled. And what makes the beauty of the Polynesian islands are the people and their music”. The hearts and the language which “bewitch” by their sweetness, and which mix with the “deep and catchy” rhythms… A “total art” which cannot leave anyone indifferent: “Polynesian songs are beauty set to music”.

André Manoukian alone on stage in Notes that love each otherit’s December 3 at the Motu of the Intercontinental Tahiti. Tickets are on sale at Ticket-pacific.pfin your Carrefour stores and at the reception of Radio1 and Tiare FM at Fare Ute.

André Manoukian: without improvisation, “we’re a little stuck in the ass” – Radio1 Tahiti