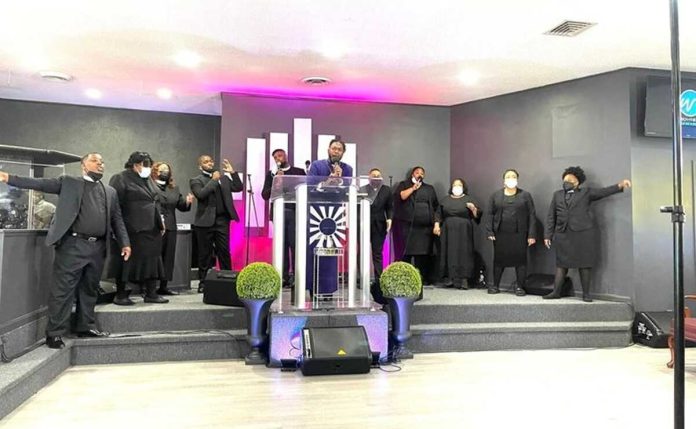 A sermon during a ceremony changed tone when the pastor rebuked his congregation. In front of dozens of face-to-face attendees and the same number that he saw on digital platforms, Carlton Funderburke did not save words to express his discomfort because he had not received luxury gifts.

As he said, one of his wishes was to have in his hand an expensive Movado brand watch that can be around a thousand dollars (more than four million Colombian pesos). “You all know I ordered one last year. We are already in August and I still do not have it, ”he expressed in Church at the Well, a Christian church located in Kansas City, United States.

“That’s how I know they’re still poor and broke and unhappy, because of how they’ve honored me,” he continued.

“Don’t you think I’m worth the money you spend at McDonalds, at Red Lobster?”

The effusion with which he spoke made the parishioners look somewhat resigned, as they only limited themselves to answering ‘of course’ and ‘let’s go’. Funderburke therefore concluded the scolding by telling them: ‘You haven’t said anything. Let me break down the door and talk to my cheap sons and daughters.’

What has been said contrasts with the mission that the church has embodied on its website. “We strive to provide water to the thirsty, healing and renewing their souls,” reads one of the sections of the organization founded by Funderburke and his wife Sylvarena.

Right there they have enabled a donation button “to financially support this ministry in all necessary areas.” Thus they invite people to become members of the community and acquire a category.

“It does not reflect my feeling towards the people of God”

The video of the sermon quickly went viral on social media. Several Internet users complained about the man’s attitude when considering that belonging to a church does not mean thinking about the material, but about spirituality.

Given the avalanche of comments, the pastor recorded another video to ask for forgiveness. Of course, he was no longer effusive; he was resigned by what had happened.

“Although there is a context behind the content of the video, no context will be enough to explain the pain and anguish caused by my words. I have spoken with those to whom I am accountable and have received their correction and instruction,” she said.

He reiterated that he apologized privately to those attending the religious act, who, according to him, expressed “love and support.”

“The video does not reflect my heart or my feelings towards the people of God, but that cannot be discerned in the clip. Therefore, today I offer you this sincere apology,” she continued.

The first impression that someone can get when seeing the footage is of anger or hatred against him, Funderburke agreed; therefore, he called his actions “unforgivable.”

“I am not justifying myself or defending myself. That moment was mishandled. (…) I request his prayers and his forgiveness, ”she concluded.

*The Grupo de Diarios América (GDA), to which EL UNIVERSAL belongs, is a leading media network founded in 1991 that promotes democratic values, an independent press and freedom of expression in Latin America through quality journalism for our audiences.