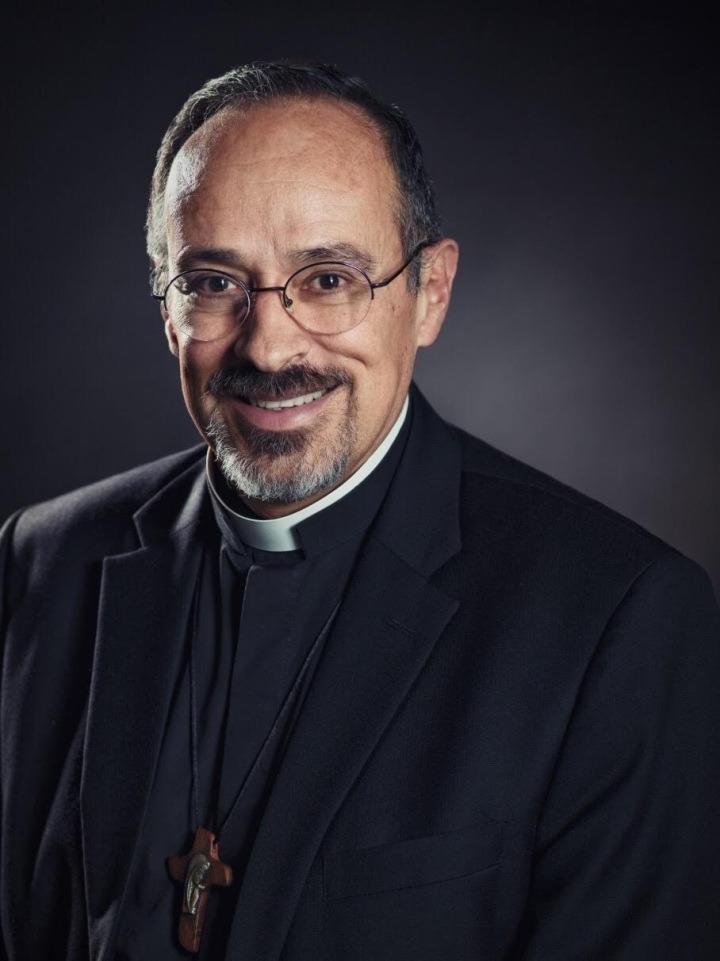 Aleteia spoke with Don Ernesto María Caro, the priest who stars in the viral video. Interviewed by the journalist Pilar Velilla, the father explains what happened to him

Don Ernesto Maria Caro is the protagonist of a viral video that you may have seen these days:

Given the comments that were published on social networks and the questions that many people asked to find out interpret these tears of a priest at the moment of Consecration, We decided to look for this priest and let him explain what had happened.

The interview with Aleteia took place on November 4 and was done by Zoom, to connect from Spain with this priest who lives in Mexico. Today Don Ernesto works as a cooperating vicar in the parish of Our Lady of the Angels, Nuevo León.

Don Ernesto remembers with emotion the day he had a supernatural experience with the Eucharist.

He himself recounts it: he was a child and he was in a national camp of the scouts, in Mexico. Suddenly, at the moment of the consecration, “I was able to observe a very intense light coming out of the host, while it was being raised by the priest.”

That episode marked him deeply.

So much so that remember it clearly and her voice cracks as she brings it back to mind. Don Ernesto recognizes that since then he has a special relationship with Christ in the Eucharist.

feel that it is alter Christusanother Christ, impacts him at the same time that he is aware of the great responsibility that this entails.

Don Ernesto is a diocesan priest and, two years ago, he left the pastoral care of the parish of the Holy Cross, Monterrey, Mexico, after 18 years at his service, when it had been about 30 since he had been ordained.

In that parish he had 64 groups. He is also a graduate in Spirituality with a doctorate in Mariology, a member of the Ecclesiastical Court of Monterrey, a professor at the Archdiocesan Seminary in the same city and founder and spiritual director of some initiatives such as ARXE, live in Christ Y Active Evangelization. Furthermore, it is one of the diocese’s exorcists.

With such a workload, one fine day he fell ill.

As it happened in the middle of the pandemic, he thought it was covid, but the doctors immediately ruled out that possibility. Don Ernesto presented symptoms of a burnout syndrome. This impact refers to the chronification of work stress and he had already had too much work behind him for many years, totally consumed.

“The Lord uses these things to speak to the heart,” says Don Ernesto convinced. He recognizes that he had accommodated himself in his work and that the words of the Lord “You don’t love me like before” They echoed in his head.

“But I must reproach you for letting the love you had at the beginning grow cold.”

Suddenly, the priest, with the mentality of an engineer, and therefore accustomed to organizing and being in control, he felt that the Lord asked him to leave everything.

In the viral recording, Don Ernesto can be seen the day he said goodbye to his parishioners during the Holy Mass in the Santa Cruz de Monterrey parish.

While pronouncing the words of the Consecration, staring at the Sacred Form and with the mask on badly, he sobs disconsolately. Stay like this for more than a minute. Next, raising the chalice again breaks down in tears.

After the viralization of the video, many conjectures have been made about the reason for those tears. In our interview we asked him directly what was the reason he cried. He answers:

“All that time I was crying I started a dialogue with the Lord and I experienced, to a certain extent, the same sentiments of Christ before his Passion».

In addition, he recognizes that during this time of great decisions the Lord has put him in a very strong spiritual experience by asking him to leave everything and start over:

«I started many projects but the fruit did not remain. The Lord asked me, precisely, for the fruit to remain.”

There are two aspects that immediately arise in those who listen to Don Ernesto talking about this unique and beautiful fact, that of crying inconsolably during the Consecration.

The first is that the vocation to the priesthood is not easy. The changes affect what they leave behind -in this case, a vibrant parish, the affection of so many people and many hours of work- and what they will find -new projects, starting from scratch.

The second aspect: Nor is it easy to find yourself in the real presence of the Lord. You can not hide. And Don Ernesto knew very well who he had in his hands. At the moment of the Consecration, God the Son gives himself to the end for us. He gives everything for you and me.

This video is a reminder of who is on the altar at each Mass, at each Consecration. So many times we go running, without paying attention, without really being aware of the miracle that happens before our eyes.

D. Ernesto has a motto: “We can change our world if we change our hearts.” What if we start by changing our hearts by looking at Jesus in the Eucharist in another way?

Here is the full video in which you can see what happened at the consecration that September 8, 2020 and the subsequent words of Father Don Ernesto himself:

A priest sobbed before Jesus in the Eucharist: Aleteia speaks with him