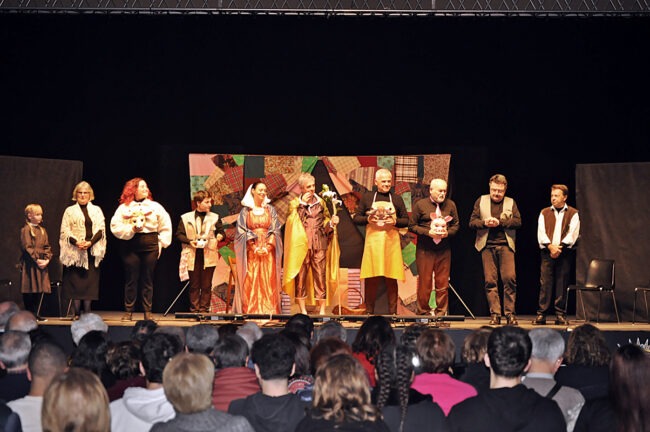 Back on stage in Treia with two dates the show “A notte de Natà” by the Valenti Company directed by Francesco Facciolli. 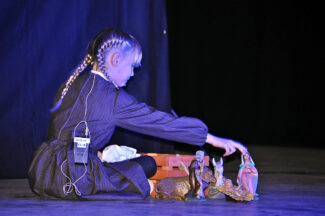 It is a work that takes its cue and content from the sacred and profane tradition of Christmas, the popular tradition, in which Giovanni Ginobili excelled, for having collected a very large amount of them. Starting from Ginobili’s collections, the story tells of the past and inserts elements of the present. The subtitle, “Tutte ‘e vestje sa parlà” was another element of inspiration. It is said, in a local proverb, that on Christmas night, on the occasion of the holy birth, all the animals have the right to talk to each other; the proverb, therefore, became the title and subtitle of the play; also, for the first time, the opera features live music and singing. 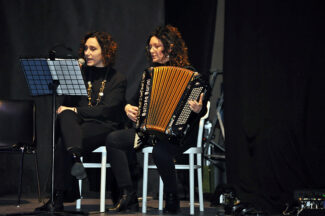 «The choice of the setting up in the churches – comment the authors Fabio Macedoni and Alessandra D’Oria – as a place of representation is not accidental as the subject matter is closely linked to the Catholic tradition of our land and our spirituality. The dialect, then, is the lymph language of our first knowledge, the one that is sucked together with mother’s milk and which fully reflects everyone’s “feeling”. Nor should we forget that the theater was born in the churchyards, to tell the sacred scriptures. So there are many reasons that can explain this choice, encouraged and endorsed also by the bishops Nazzareno Marconi and Francesco Massara». 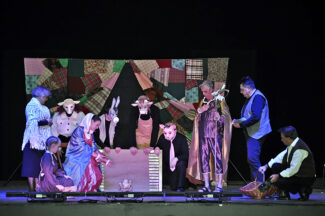 After the five dates in December in Offida, Urbisaglia, Agugliano, Caldarola and Castelraimondo, the comedy will be staged again in January; among the other dates there are those in Treia: Wednesday 4 at the sanctuary of the SS. Crucifix at 9 pm and Sunday 8 January in the parish oratory of Chiesanuova at 9 pm. The comedy will have free admission, thanks also to the support of local companies, Infissi Design, Oro della Terra, Bcc di Filottrano, Branch of Treia and the Municipal Administration of Treia. The work also benefits from the patronage of the Dioceses of Macerata and Camerino, the Uilt, the Marche Region, the Province of Macerata and the Municipality of Treia itself. 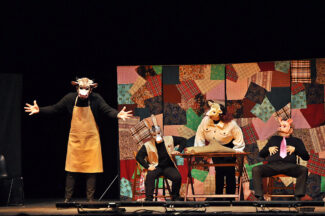 «The idea has certainly been engaging and the effects very encouraging, at least so far; – He says the director Francesco Facciolli – this experience is absolutely new; the theater is a polyhedron and gradually discovering all its faces becomes, on every occasion, an exciting experience. In this comedy there is much that is serious and there is much that is comic-brilliant: in fact it is a faithful mirror of life, crossed by different and opposite moments that mark the days of each of us. All in the night of divine magic in which Jesus was born: tradition and faith, spirituality and carnality meet to witness the Holy Birth. The shows represented have been and will continue to be a great opportunity for fun and reflection, inseparable elements of the theatrical work». 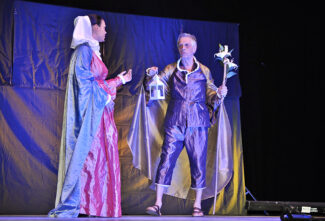 «We participate with great conviction in this project of the Compagnia Valenti – he declares the councilor and deputy mayor David Buschittari – who goes beyond the limits of the usual and happily ventures into the field of fantasy while remaining firmly anchored to the ground. The experiment of representing this work in churches (last year in San Michele) was appreciated everywhere, so we are delighted that this traditional work finds favorable acceptance; whether it’s in church or elsewhere, it’s always important because it reminds us of our ties with the territory and with its more backward-dated civilization». For info: 335 7681738.

“A notte de Natà” on stage in Treia

Do not let the anxieties make you darken your life
Spain ceases to be a spiritual reserve
Toulouse. Grand masters, obediences... Two days to learn all about Freemasonry
Tweet
Share
Share
Pin