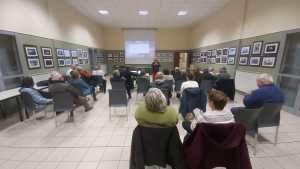 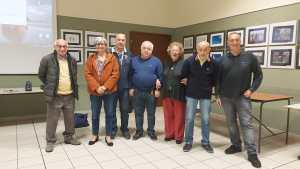 The Casellese Photographic Circle is a lively and active reality, full of initiatives and passion for photography, and they have the strength and will to bring Culture within the Canavese area but also in Turin and the Province. Among the proposed evenings, noteworthy was the one with Silvia Sales, who brought some audiovisuals related to her last trip to Japan, leading the spectators to get to know the uses, customs, traditions of this magnificent place, between Osaka, Nara and the shimmering colorful modern and controversial Tokyo. Particularly touching was the projection “August 6, 1945 at 8.15”, with the photographs taken at the Hiroshima memorial museum: a real historical and photographic document on the excruciating, destructive and terrifying effects of atomic bombs and how truly our survival hangs on a thread when the political and military balance between the great world powers is broken.
Another evening full of energy was the one proposed by some members: a real photographic journey through different styles and topics, and there was no shortage of technical suggestions from some photography teachers who attended the evening. Francesco Scavello with his “Joie de vivre” asked us an interesting question: “Can we remain children?”. Children are curious and sincere, they don’t know judgement, and they live everything with that curious enthusiasm of those who want to discover the world and that part of us should never doze off. Giusy Testagrossa and Enrico Gasparotto instead led the public to visit the “Romantische Strasse” to the sound of the piano, between the Middle Ages, tranquility and tradition. With his unmistakable romantic and intimate style, Ugo Aimone Cat has involved his world of pure beauty with “Piove”, a series of images taken in the rain, among puddles, reflections and raindrops: a real “dancing in the rain” with those impressionist atmospheres; during the debate with the audience, the author revealed that «we often find ourselves walking looking ahead of us, without realizing that we can step on a painting that nature has prepared for us on a rainy day».
Saverio Anastasio instead led everyone to his “Incredible India”, with a travel report mainly focused on the faces and eyes of the people who inhabit this ancient country rich in culture and spirituality. Last but not least Roberto De Lucia, with “La Defense”, a powerful video clip, full of energy and well-kept shots both from a chromatic and compositional point of view, on one of the most modern districts of Paris. His photographic research first highlighted the monotony and that somewhat disoriented sense of solitude that one sometimes breathes in the financial districts, and then exploded in all its vitality among the architectures, glass and crystals: the same author he admits that he “really enjoyed playing between diagonals and verticalities”. We invite you to our next events:

– 21/11 Multi-art contemporary dance and audiovisual show by and with Doriana De Vecchi, Roberto De Lucia and Guido Savant – with (touch)
– 28/11 Audiovisuals – external guest Paolo Gislimberti – “Patagonia”.
The Photographic Club is organizing a 15-lesson course, starting on 2 November and, to meet the difficult economic context we are experiencing, is offering it free of charge to all members regularly enrolled in the years 2022/2023 – a unique and rare to approach the world of photography with a qualified team of teachers and enthusiasts of the sector. You can also enroll after the course has started.