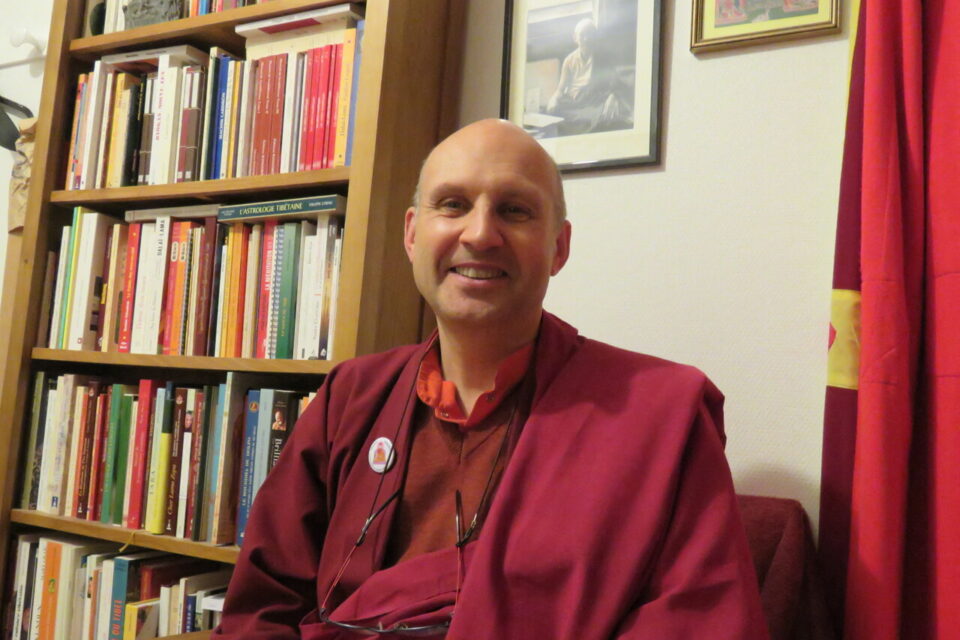 
The Journal of the Yonnais Country
See my news

the Thrinle llama is most often seen as the face of Buddhism in the Vendée. It is true that he is a reference in the department. Settled in the small village of Landevieillehe founded the association Drukpa Vendee whose mission is to make known the Himalayan Buddhist culture in the department.

A tool that contributes to the interreligious dialogue that is dear to him, since he is also very active within the association Dialogue for peace in the country of Olonnes, as well as in the Yonnais region. “Buddhism remains small in the Vendée, but small groups have emerged”, observes the lama. A religion in evolution on the department, therefore, but also on the national level, where there are a million practitioners.

In France, the lama Thrinlé becomes a well-known figure. He was elected in March 2020 co-president of the Buddhist Union of France. A significant charge that does not prevent him from holding conferences all over France and even in Belgium.

The meaning of life

He does not, however, forget the interreligious dialogue in Vendée. It is in this context that he will give in Les Sables-d’Olonne, on November 30 at 8 p.m., a conference jointly organized by the associations of Dialogue for peace in Olonnes and the Yonnais region. The theme ? “Impermanence and the Meaning of Life”.

The meaning of life is indeed the theme of the year chosen by the Yonnaise interreligious association. “A concept that is found in all religions”, abounds the lama Thrinlé.

“But on the subject of which Buddhism benefits from an experience which can bring a lesson, including to non-believers because it does not refer to a god. »

In the meaning of life, the lama leans against the of impermanence, according to which, “in life, nothing lasts, everything changes and is transformed. It is a fundamental notion in the Buddhist path on which we meditate every day. »

Deepened, this notion leads to putting material things into perspective and encourages a more spiritual approach, “an awareness of our finiteness”.

Relativize what happens to us, become aware of our limits: an approach that joins many doctrines of life and that should not be confused with fatalism and resignation, quite the contrary. ”

Seeing what we cannot do, accepting what we have no control over allows us to better see what is actually within our reach, what we can really act on. »

Beyond the Buddhist doctrine, the conference will thus make it possible to approach themes of everyday life, of pure spirituality, without having to commit belief or doctrine.

November 30 at 8 p.m., Salle des Nouettes, as part of the Dialogue for Peace. FREE ENTRANCE.

Was this article helpful to you? Know that you can follow Le Journal du Pays Yonnais in space My News . In one click, after registration, you will find all the news of your favorite cities and brands.

A figure of Buddhism in Vendée, Lama Thrinlé became co-president of the Buddhist Union of France