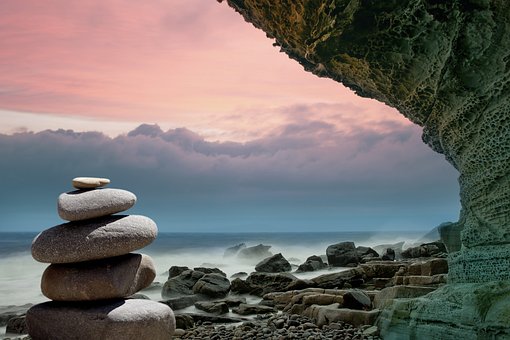 
The traditional inaugural ceremony of the academic year will be held on Tuesday 22 November 2022 at 6.15 pm at the Daniele Paris auditorium of the Licinio Refice Conservatory in Frosinone, which on this occasion is cloaked in symbolic solemnity, also opening the celebrations for the fiftieth anniversary of the founding of the Conservatory itself . As the newly elected conductor, Maestro Mauro Gizzi, underlines: “with this concert evening we celebrate an anniversary of extraordinary significance for the institution and its territory which we hope to worthily honor with a rich artistic and cultural program throughout the academic year. Therefore, the choice of the concert program that will be interpreted by our choir and orchestra conducted by M° Simone Genuini is not accidental: pages of Daniele Paris, the pioneer who since the 60s dreamed of a city music school to raise the younger generations in the cult of beauty; then Licinio Refice, the greatest composer of our territory, tutelary deity, priest and man of profound spirituality, to whom Maestro Paris himself wanted to name the Conservatory; finally Ludwig van Beethoven, the universal symbol of music that unites, creates, fertilizes; the example of music as a testimony of life, of thought, of ethical conscience.” The president echoes him Dr. Alberto Gualdini, also just taking office: “I have been linked to the Conservatory since it was only in the vision of maestro Daniele Paris, who shared a great friendship with my father together with a love of art and a great love for his own Earth. This is why one of the first initiatives that I promoted, in concert with the management, was to honor the memory of maestro Paris, on this anniversary, with the commission of a figurative work dedicated to him which will adorn the large entrance wall created by the versatile artist Umberto Cufrini, already a guest in our cloister for the occasion with a prestigious exhibition of artistic installations together with the works of the masters Mariangela Calabrese, Emiliano Recchia, Viviana Faiola and Federico D’Ambrosi. With this emblematic fiftieth anniversary concert, I like to think that we are witnessing the dawn of a new era for our Conservatory and therefore for the city of Frosinone”. Elena Zomparelli and Cesare Marinacci, also author of the celebratory logo – when the Associazione Musicale Operaia Frusinate was established, with the statutory purpose, among others, of founding a city conservatory. Thus, for the first few years, there was a municipal music school – of which Paris was the great promoter, attracting teachers of the caliber of Severino Gazzelloni, Dino Asciolla and Ennio Morricone – which first became a detached section of the Conservatory of Santa Cecilia and then transformed finally, thanks to the Decree 646 of the President of the Republic Giovanni Leone, in the Frosinone Conservatory of Music starting from 1 October 1972. In these 50 years the Refice has trained generations of well-known concert players and composers, of illustrious teachers and scholars; he has accompanied thousands of enthusiasts and has undisputedly influenced the cultural and civic growth of an entire territory of which he is the flagship. It has been our home of music since those fervent 70s, the times of the historic headquarters in Viale Roma, with the adjoining middle school that hosted students from all over the province, packed concerts at the Edera auditorium and a profound symbiosis and affectionate familiarity with the area. Today the Refice has an autonomous and avant-garde headquarters, a renowned and loyal academic body, a complete, multi-coloured and highly professional training offer, which ranges from classic courses in Singing, Instrument, Composition and Conducting to new technologies, from modern music and for the entertainment up to musicology and cultural management; a safe haven for the training of many talents who have the possibility, from a very young age, to access preparatory courses to reach the highest academic degrees and which boasts a jewel of sound architecture such as the Daniele Paris auditorium, one of the most futuristic in Italy . For our passionate students, their families and their friends, the notes that ring out from the classrooms of the Conservatory accompany some of the most exciting and unforgettable moments in life. The hours spent on the instruments, the exams on the hot summer mornings, the sleepless clauses, the endless vocalizations, the loves that blossomed in the cloister, the endless talks on the studies, on the counterpoint or on that piece by Bach… the sugared almonds and the smiles on the day of graduation . On the emblematic date of Santa Cecilia, Patroness of Music, the Conservatory once again embraces its city, its family, in one of those miracles that only music is capable of performing: the live concert. After years of surreal limbo, we can finally go back to enjoying the magic of meeting. If music is life it is also because it is confronted with it and symbiotically reflected in it; if music is different from any other art it is because it is renewed with every listening, it lives in every rehearsal, it flourishes at every concert: the thrill of entering what is a real temple of beauty, the smiles, the greetings, the hushed buzz, the trepidation; the footsteps that lead the performer on stage and the spectators to their listening place a moment before embracing each other in a long applause of ‘welcome back’. The maestro who will play next to you, that loving guide who is about to offer, through his interpretation, a new lesson to be grasped. The excitement of parents accompanying their young musicians as they hold their instrument like a treasure and set off on stage; the pianist arranging his stool, the “A” that unites gazes, the conductor observing the orchestra before making a revealing gesture. Moments, sighs, tears of emotion and finally the music that pervades everything, envelops everything, forgets everything in those ephemeral vibrations that have the gift of eternity. Welcome back to Licinius Reficewelcome back to our wonderful Conservatory of Music, welcome back home.

50 years of the Refice Conservatory of Frosinone