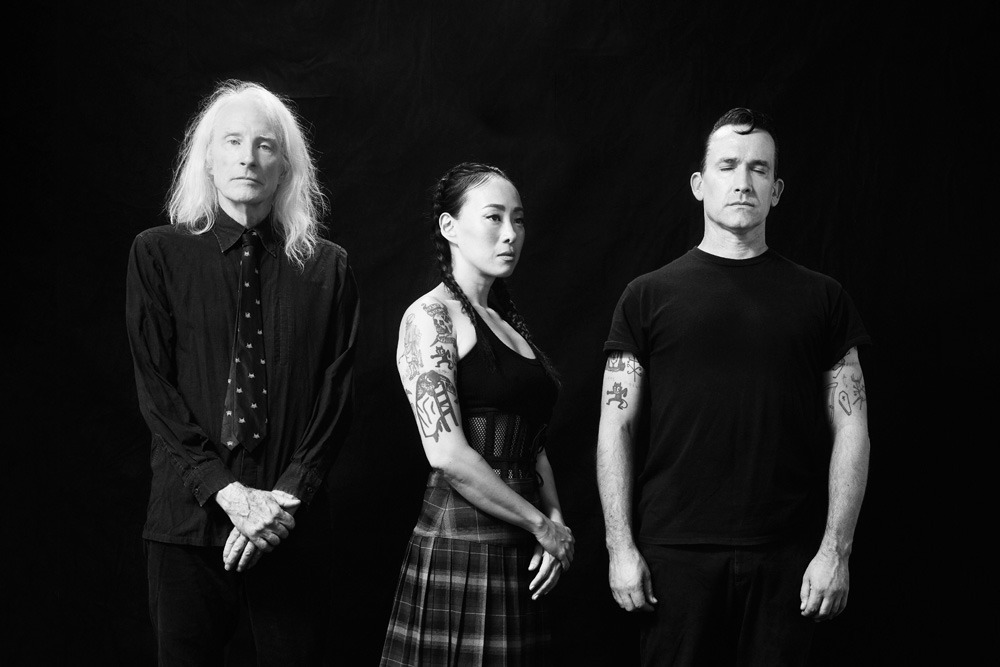 One year after the alienating pop duets of OH NO and two from the hard post-punk of Girl With Basket Of Fruitsthe Xiu Xiu they return with the new album and expanded line-up which sees alongside the historic duo composed of Jamie Stewart And Angela Seo the drummer David Kendrick (Sparks, I mustGleaming Spires). Ignore Grief promises to be a work with a strong experimental flavor and is presented by the band as “macabre and deliberately cacophonous”.

Out March 3, 2023 via Polyvinyl, it’s about nonetheless an album composed “by half”: “half the songs are sung by Stewart and the other half by Seo; half of the tracks are industrial music and the other half contemporary classical; half of the record is real and the other half is imaginary”. A trick that allows you to outline five characters whose existence is marked by brutal events, on the one hand through the lens of harsh reality and on the other through theabstract exploration of the “Teen Tragedy” – one of the first rock’n’roll subgenres – as a field of confrontation between the band itself and the experience of the aforementioned characters.

A set of tragic stories: from a child sold into prostitution by his mother to a middle school student kidnapped and killed; from people who choose alcohol and cocaine to the detriment of the family to getting lost in the darkest and darkest aspects of sectarian spirituality, and up to suicide as an escape from a violent life linked to sexual exploitation.

In this sense, the first excerpt from the album is emblematic, Maybae Baebya metallurgical march made of explosive percussions Einsturzende Neubaten, surreal and dark bass lines and a spoken word full of awe. To complete such an evil vaudeville, the story that animates the song.

In ‘Maybae Baeby’, the singer’s point of view is that of a young man who hides in an imaginary conversation with a tarantula to escape a physically abusive parent. Inspired by the “teenager tragedy songs” of the late 1950s, we wanted to hide in a series of interlocking imaginary worlds to find a way to come to terms with a series of incredibly horrendous events that happened to people close to the band
Jamie Stewart

No less disturbing is the video directed by Seo herself, a vortex of horrific images that refers to b-movies to describe the terrifying contemporary existence: between unidentified liquids dripping from pipes, spectral neon, offal and shadows dripping anxiety in every single frame. Listening and clips at the bottom in the Streaming and Spotify sections.

The video is about isolation, for better or for worse, about all the things we tell ourselves we should or shouldn’t do, like forcing a small crack and crawling through it, even though we know we shouldn’t, just to escape somewhere else. even though we know it could lead us to an even worse situation
Angela Seo

About the Xiu Xiuon our pages you can recover the review of the aforementioned OH NOcurated by Stefano Solventi, as well as that of the previous one Girl With Basket Of Fruits, signed by Valerio di Marco. On SA you can also listen to the cover of the track A Real Indicationtaken from the soundtrack written by the composer for the film Twin Peaks: Fire Walk With Me and shared by the duo in 2021 to celebrate the album’s fifth anniversary Plays the Music of Twin Peakscollection of covers of famous compositions by Angelo Badalamenti for the TV series of Mark Frost And David Lynch (review by Federica Carlino).