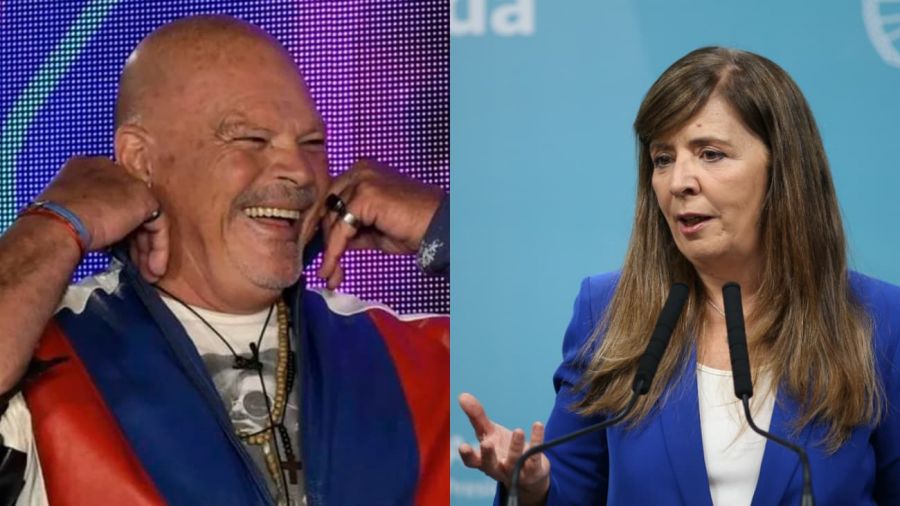 It seems hard to believe but it happened. The Pink House came out yesterday afternoon to clarify that the president Alberto Fernandez does not remember meeting a participant of Big Brother that he said he knew him decades ago and that the President had “bribed” him. The participant in question is Walter “Alpha” Santiagoone of the most striking of the new edition of the popular program since it has a particular character and style and, at 60 years of age, is the largest in the program.

“I have known Alberto Fernández for 35 years. He bribed me a lot of times, I know him very well”, launched the participant in front of his teammates and with a microphone and cameras on him.

The Government attentive to Big Brother: Cerruti crossed a participant

The participant said in his presentation that he is from Tigre and is dedicated to buying, selling and repairing classic collector cars. “I was always a leader, I am very hot and spiteful. I have a great memory, I don’t forget anything. I will be the patriarch of the house“He warned in the clip that the program broadcast in its first edition.

From the outset he drew attention for his character and his particular style. In fact, the day she debuted on the show, she appeared wearing a jacket with the flag of USA and a bald eagle, also wearing a fabric bracelet in the same colors, Texan boots and a bandana on his head. Perhaps it is explained that this participant lived in Miami between 2001 and 2013, according to what he told in the casting for the program.

His encounters with politicians and celebrities

Alfa has his Instagram account public where, at least until he joined Big Brother, He was very active with his publications. He shared from his meetings with known people to posts to give an opinion on debates on the political agenda.

For example, when was the driver’s arrest Marcelo “Teto” Medina, Walter Santiago shared the same photo twice and wrote: “Dear Teto… I know you do it from the heart. A few days ago you told me you couldn’t buy my motorcycle because ‘I don’t have a coin.’ Hug and let it be justice, I believe you and I bank“.

A few days ago, on October 9, he shared a photo and a video in which he is seen with the mayor of San Isidro, Gustavo Posse, in the middle of a classic car event. “Here with Mr. Gustavo Posse, one of the best mayors in the history of Argentina,” Alfa is heard saying, who after thanking the opposition leader, went on to say that “to all the friends of Miami, this is the future president of the Nation, I have no doubtis what is needed, I have no doubt”.

A fan of cars and motorcycles, his political publications against the government do not go unnoticed. “I went up at once, mamarracho…”, he wrote next to a photo showing the helicopter that took former president Fernando de la Rúa out of Casa Rosada in December 2001.

In the videos that he uploaded with political opinions, there are insults and attacks that could well be classified as hate speech. “Look Alberto, look at Kirchnerists, Peronists from (…) look for a bus there, a school bus, a couple of choriplaneros selling sausages. There isn’t, it’s the people who are fed up, tired of being destroyed in Argentina since they are in power. They have been in power since 1945,” he is heard saying in a video in which he shows images of the tractor-trailer against the national government that took place last April.

The video and the official response

The video in which the participant appears talking about politics was broadcast through Twitter by a follower who managed to catch it in the 24-hour transmission that the program does through a platform.

“Second day and the Alpha already threw that Alberto Fernandez EATED him A LOT OF TIMES ajskjasjjsksj how are we going to have fun with this guy,” wrote user @StarkDSC along with the 36-second snippet.

The situation did not take long to go viral and the spokeswoman Gabriela Cerrutti He published a thread of tweets in which he denied the sayings of the character on the TV show. He said that “the President has no information about this person nor does he remember having met her” and that “he has made transparency a central purpose of his management in public office.”

The government official explained in that publication that “we cannot naturalize that someone expresses himself lightly in such a way that it only seeks to defame and discredit it.” All this sparked another debate based on criticism from opposition leaders, pointing out that there are more important problems that deserve government intervention than the TV program.

“Is the President worried about Big Brother, @gabicerru? Really?”asked the national deputy of Juntos and former governor of Buenos Aires, María Eugenia Vidal. Cerruti, almost at midnight, wrote a response: “The President is concerned, among many other issues, about decency in the exercise of public function. We already know that you are not. We saw you destroy the province.”

Who is Alfa, from “Big Brother”: he accused Alberto Fernández of being corrupt