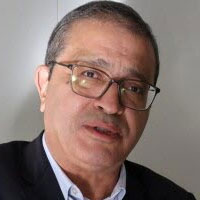 The surprisingly “modern” story of Lalla Manoubia, a Saida, a 13th century Tunisian saint. Her actions made her famous and of an undeniable moral quality, but still make her the embodiment of a certain counter-power: she prolongs in her career the revolt against the symbol of patriarchal authority. Its antagonism vis-à-vis the public authorities is transformed into an increasingly violent confrontation between a hegemonic official religion and a popular form of protest religiosity. (Illustration: film “Saida Manoubia and Sufi Islam” by Emna Ben Miled and Samed Hajji).

Amazing Saida (lady), indeed, who, nearly a thousand years after her death, sends back to back the representatives of ideologies foreign to the identity of the Tunisian people.

In the 1960s, Bourguiba, his reformism, above ground and seriously traumatizing, failed to eradicate the memory of Lalla Manoubia.

For their part, the reactionary fundamentalists have never forgiven this “god crazy” : his mausoleum was set on fire by their agents on October 16, 2012.

Who was this “Lalla, the Lady”?

Lalla Manoubia, whose real name is Aicha Manoubia, was born in 1199 in Manouba and died in Tunis in 1267. She refuses marriage and children, shares her alms with other women and frequents infamous places to bring men back ( masculine) to God. She even – exceptionally – led prayers for men.

Initiated into the mysteries of the hidden religion, she reached the highest rank among the Sufis: “the pole of poles” and was appointed head of the Chadilliya, a renowned Sufi path.

Lalla Manoubia had a happy childhood. Despite the mentalities of the time, she was lucky enough to be sent to school to learn. Very quickly, she shows mystical impulses. At the age of 9, different from children of her age, she is considered an original child by the need to get closer to God.

At 12, the teenager feels the need to isolate herself in the orchards around the village, perhaps to meditate or to pray. She then becomes friends with a character who subjugates her contemporaries, Abou Hassan Al-Chadhili (founder of the Sufi way Chadilliya), with whom she is surprised one day in full discussion.

The reaction of the father and of society at the time was immediate: it had to put an end to these “questionable walks” and her father has to find her a husband, especially since the young girl’s beauty arouses much covetousness. We come to ask for her hand but Lalla Manoubia opposes a refusal each time. A forced marriage throws her on the path of wandering.

Crazy for God or depraved?

She then abandons her family and leaves for Tunis in the popular district of El Morkadh then to multiple retreats which lead her far from the capital. She divides her life between the quest for science, action and meditation.

Pious, she crosses Tunis “poorly dressed and with her face uncovered, not hesitating to converse publicly with men”. She works to earn a living, sharing her meager resources with women in distress, thus placing herself on the side of the weak, the marginalized and the oppressed whom she supports and comforts through her charity and spirituality.

A woman with a strong personality and very educated, she remains celibate and shares her knowledge and her religious instruction with men, even if this does not please the Muslim reformers.

Lalla Manoubia is feared by her male counterparts for fear of the disorder her conduct arouses. Her detractors do not hesitate to accuse her of all evils including debauchery and licentiousness: her accusers report that she withdrew to the heights of Djebel Zaghouan, sometimes in the company of her favorite faithful, to meditate there on the passion of God and “to savor the pleasures of love”.

Feared or loved, it is often sought out by both men and women in difficulty for its ability to come into contact with the invisible world populated by spirits, saints and prophets who are perceived as intermediaries between men and women. God. His fame earned him a hagiographical story entitled Manaqib (Lives, virtues and wonders of the saint), written by the imam of the mosque of La Manouba!!

When she died in 1267, the whole city of Tunis followed her funeral procession. She is buried on one of the hills of Tunis in the old cemetery of Al-Ghorjani, where she used to go to pray. Of them “zaouias” are dedicated to him, one in Tunis and the other in La Manouba.

Articles by the same author in Kapitalis:

When “the perfect man” is a woman: Saida Manoubia – Kapitalis

Religion: the particularities of the Armenian Church – Protestant Perspectives
A passage, 4 trips and several transformations | Sample of Jorge Pietra, Cristina Caronni, Mushu an...
The role of emotions in the spiritual life
Tweet
Share
Share
Pin