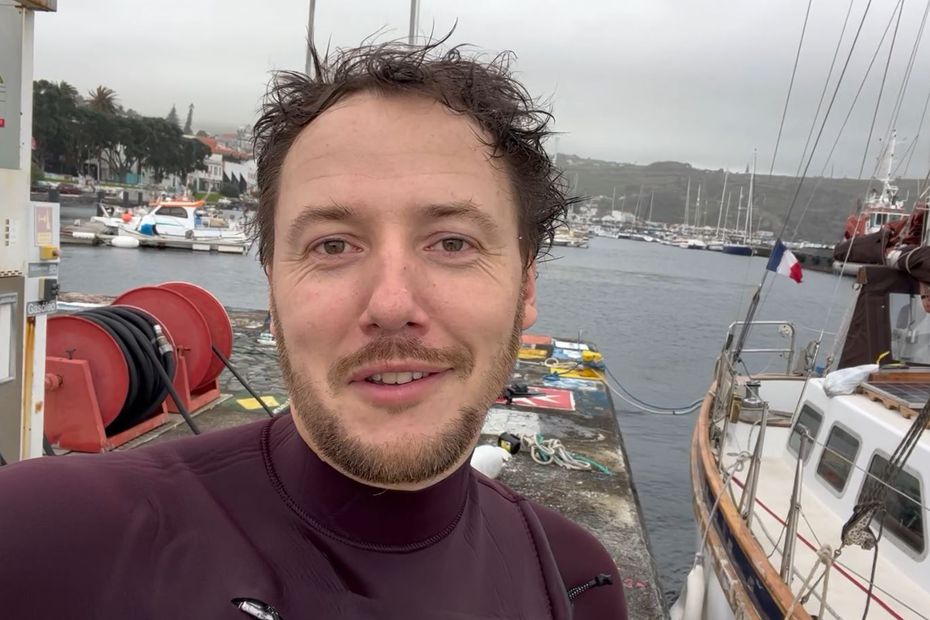 Navigator, adventurer but also filmmaker, Florent Defay is interested in endangered ethnic groups all over the world. After ten months spent with the Inuits, in Greenland, the Vosgien begins his new journey, to meet the Indians of Amazonia. He gives us his news a few minutes before his departure.

All about:
The Festival of Lights 2022 in Lyon

Florent loves adventure, the real one. The one that we, ordinary tourists, will surely never know. Himalayas, Gobi Desert in Mongolia, remote lands of Greenland, vast and sparsely populated areas, which he most often crosses alone, on foot, by sailboat, on horseback or even on camelback. At 37, the multi-cap Vosgien combines the assets: he is both a sailor, an adventurer and a director.

At the age of twenty, Florent created his start-up in Paris, valued in three years at several million euros. Suddenly, the dream collapses and his society collapses. In 2017, he then decided to drop everything to become an adventurer. From his first three years of traveling around the globe will be born the feature film Wanderlust, the path of recklessness. “This film focuses on the spiritual quest of an adult who decides to follow his childhood dream of becoming a true adventurer”confides the director, now in his thirties, who films all his adventures, in particular using drones.

In Mongolia, one of my two horses was attacked by a wolf while I was sleeping in my tent

Florent Defay, adventurer, sailor and director from the Vosges

Exit the metro rhythm, work, sleep. Florent’s daily life has nothing to do with a long calm river: clandestine crossing of North America aboard a freight train, canoeing down the Yukon to reach Alaska where he encounters grizzly bears, shipwreck of his sailboat in the middle of the Pacific Ocean, crossing the Himalayas on foot, to the Gobi desert in Mongolia, where he spent the winter, on his own, under -40°C. “In Mongolia, one of my two horses was attacked by a wolf while I was sleeping in my tent”tells, the air of nothing, Florent.

Half an hour before his departure by boat, Florent gives us some news from the Azores archipelago. In just a few minutes, he will be on board his boat, theagnes bluean Endurance 42, built for the high seas. On the program, a thirty-day crossing of the Atlantic, before sailing on the Amazon River. “The Azores are the starting point of my next journey, I am now going to South America to make a film about the Indians of Amazonia”reveals the adventurer.

I have just spent a year in the polar circle, in particular with the Inuits, I went up all the coasts of western Greenland with my expedition boat

Florent Defay, adventurer, sailor and director from the Vosges

Also, after a ten-month journey in the Far North, the sailor-director from Gérardmer (Vosges) is making his second documentary, Last tidewhich recounts his immersion with the indigenous peoples of Greenland. “I have just spent a year in the polar circle, in particular with the Inuits, and I went up all the coasts of West Greenland with my expedition boat”remembers the Vosges videographer.

Indians from Amazonia or Inuits from Greenland, the peoples that Florent meets have the same particularity. They perpetuate, at all costs, the way of life they inherit from their ancestors. The final version of the film Last Tide will become a web series and hit theaters in fall 2023.

VIDEO. An adventurer from the Vosges leaves to meet the Inuits and Indians of Amazonia