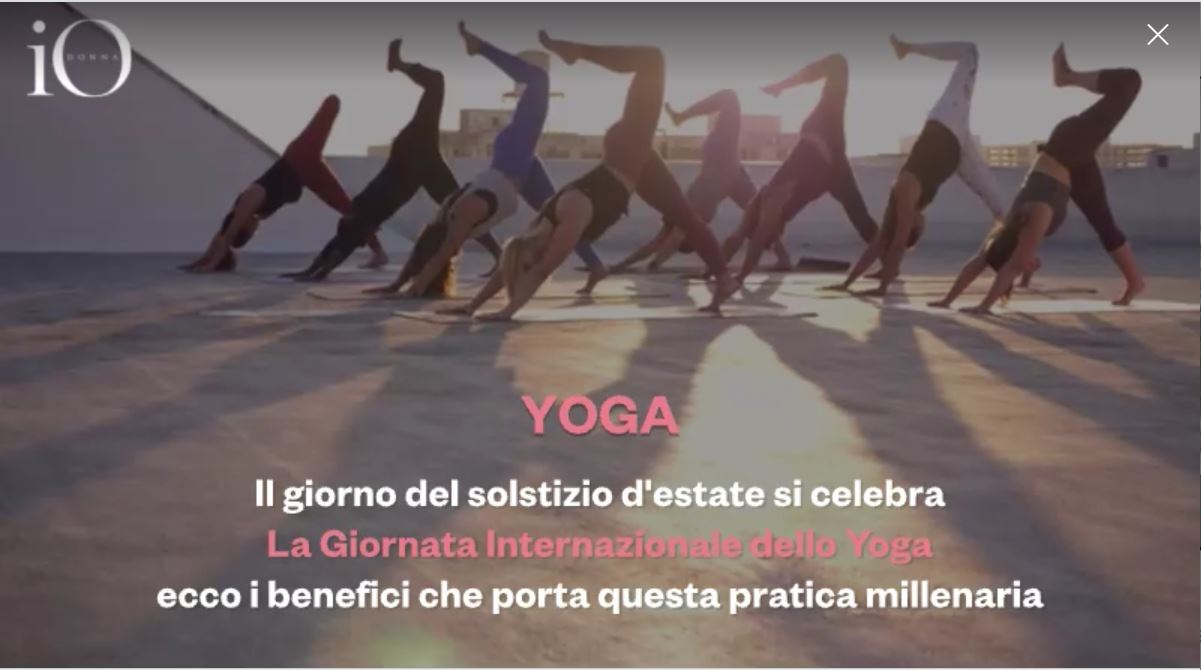 “THE Zen monks sit in a circle to meditate. In the center they have a bell. Anyone who wants can play it, take the word and get the attention of others, but he can only say things that make his voice tremble as he says it, otherwise he can shut up and continue to meditate. I thought it was a good way to write songs too. The original title Gandhi gave to his autobiography is The story of my experiments with truth. Songs too should be experiments with truth ».

Vasco Brondi, who is he?

Vasco Brondi38, is hard to pin down. Songwriter? Writer? Father of Italian indie music? Philosopher? A mix of all of this. Jovanotti likes it. Francesca Michielin likes it. Opens important concerts. It came to the David di Donatello (best original song in the film Rust) and the Nastri d’Argento. He has a parallel career as a writer (his latest book is Side notes and rubble) and now, apart from the tour dates and the new single Go where your heart explodes has an unexpected twist as a yoga teacher in the less pop form: physicality, silence, meditation.

He organized two retreats, in theory for a few (the only possible comparison are the spiritual exercises) in Val d’Aosta and on the Piacenza hills. Unexpectedly hundreds of members arrived, far more than he could accept. A phenomenon. To the “Festival of the Mind” of Sarzana (until tomorrow 4 September) talked about Disorganized travel. Getting excited looking for peace, a journey through songs and readings by writers and thinkers. He says that you have to move, but the movement is above all internal. So nothing strange if instead of music (rare case, it does not do self-promotion) we discuss nature, global warming, the society of fatigue.

Did you expect to be so followed as a yoga teacher?

“No, some know me but I’m not exactly a rock star. I started with music at fifteen. I was a waiter in the oldest wine shop in the world, in Ferrara, (Ludovico Ariosto spoke about it in 1400), the porter for beautiful concerts (Radiohead, Pooh, Gianni Morandi), hard work assembling and disassembling equipment, the bartender (and it helped me a lot for the stage presence, I was shy) ».

I never, ever thought that I would engage in meditation. Then, through the study of the voice I approached yoga and I came to the Greek philosophers. They meditated. Epicurus said that satisfying primary needs is easy, but secondary ones will haunt you. Early Christianity was mystical. Punk is mysticism. The boys flail in search of the absolute, driven from necessity to necessity, exhausted and discontented. This is how I explain the crowd that asked to participate in retreats instead of going to the beach … Let’s think of the Beatles. They had everything, success and money, but they were dissatisfied. They went to India to find the answers. I went there too “.

What happens in the retreats?
“We spend three days without a cell phone in a place in the woods (no coverage): there is also a very hard part of physical yoga, acrobatics, a bit circus as I learned in India, meditation and breathing. You write (the great haiku poets were all monks) to go deeper, you work on the voice. It’s not a holiday “.

Why do we need it?
«Because we live in a society of performance and competition, we are caught up in doing things, dragged along in a passive way. We pride ourselves on being tired, busy, Cristan Garcia wrote The busy life, a modern obsession. We don’t realize the risks … We argue over what music to put in the car while the car is on fire. We can not give up anything and we have given up on very important things, such as breathable air, climate, wonderful landscapes, silence, immerse ourselves in the rivers we have poisoned ».

A price paid to evolution?
«We believe we are the most advanced, but we have been here” alone “for 350 thousand years, while plants have been on the planet for five million. Maybe we’ll go extinct and they’ll still be there. We are a young species. In the album The path of the gods there is what I saw during the pandemic: the remoteness of the bodies, the trees and wild animals that breathed a sigh of relief … We were returning to understand that we are not masters of anything, we are not in control of everything. The last verse of the last song says: We are only two life forms on the third planet of the solar system ».

And what can music and books do?
“We believe that there is only one biological life without realizing how necessary the spiritual life is. We need to go shopping nonsense but not go to a museum. Music, in its ritual form, is important to a community, draws on deep emotions. Instead now it is, in most cases, pure entertainment, play. Yet culture is the only salvation, it produces antibodies, teaches to look at the world with other eyes. For example, I would suggest that we take back the boredom. ‘

Vasco Brondi: “Let’s get back to boredom”

What do you mean?
Boredom is the threshold of great things (Walter Benjamin said so). Fortunately, I grew up in a place where I was very bored, Ferrara. If I wanted something to happen, I had to make it happen. I take time to “not do”. I feel the need to call me outside, even within a day. I have never seen a television series in the evening and it is not snobbish, there are beautiful ones, but you have to give up something. I turn on the phone at noon and I struggle to keep this space. I write. I feel free when I write not to be read, but to look inside myself. There is a faith in writing, it is a cure, it is like a prayer.

The life of a musician, as far as we know, is anything but boring …
“She is anxious. It looks like a kind of permanent election campaign: to make yourself beautiful, to promote yourself, to go to the radio. Like politics, it is based on image. Quickly go from Serie A to Serie C if you don’t play in a bigger and bigger place. But I’m not behind my image. I have no ambitions for my music, although I recognize that ambition has its driving force. I don’t listen to the voice that says: change things, change cities, work harder. I’m okay with getting bored. ‘

What ambition does it have? Be happy? He can?
“I feel joy and peace, and it’s simpler than we think. Happiness is not intensity. It is noticing everything that works, all the fortunes and blessings, the breath, the heartbeat, the people who love us. “

Vasco Brondi: «It is the mind that has to move» – iO Donna