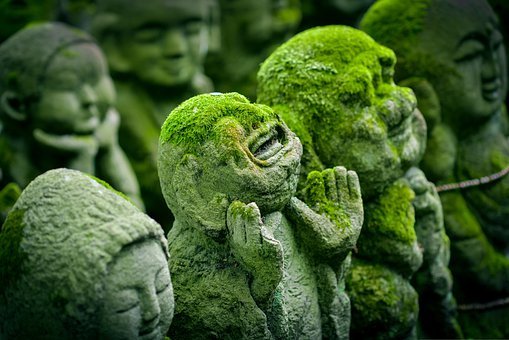 Holidays yes but away from the crowds. Countries rich in history and culture, places where you can relax. We offer you five villages near Rimini perfect for a weekend, all about an hour from the Rimini beach.

1. San Leo
A stone’s throw from Rimini is San Leo, a village located on a huge rocky boulder all around impassable, a location for films and documentaries, a tourist destination of excellence. At the highest point of the spur stands the Fortress of Francesco di Giorgio Martini (15th century). Devolved to the Papal State in 1631, it became a harsh prison where, among others, the Count of Cagliostro (1795) and Felice Orsini (1844) ended their days. Listed among “The Most Beautiful Villages of Italy”, the wonderful old town unleashes its charm at any time of the year. In addition to the suggestive fortress, the ancient Romanesque buildings are immediately offered to the eye: Pieve, Cathedral and Tower. They are flanked by numerous Renaissance palaces, such as the Palazzo Mediceo, with the elegant Museum of Sacred Art, the residence of the Severini-Nardini Counts, the Palazzo Della Rovere, seat of the Town Hall.

2. Verucchio
The village, located on a hill west of Rimini (16 km), borders the Republic of San Marino (10 km). Touring orange flag since 2005, Verucchio has managed to keep its charm intact. Its dual nature as the cradle city of the Malatesta family and, several centuries earlier, as the center of the Villanovan civilization combined with the scenic beauty of the Marecchia River Valley in which it is immersed, makes a visit to the ancient village a must for those who pass through Romagna. Verucchio arouses curiosity at any time of the year and the imposing stone on which it is perched makes it even more fascinating.

3. Pennabilli
The village located in Alta Valmarecchia owes its urban layout to the union of two ancient castles, that of the Billi above the Rupe and that of Penna above the Roccione. Of ancient origins, it has seen the Umbrians, the Etruscans and the Romans succeed one another and around the year 1000, the town developed with fortifications, defenses and sacred buildings up to structure the beautiful historic center. The renowned center of environmental and cultural tourism, sung by Tonino Guerra, hosts numerous “places of the soul”, much of its territory is located within the Sasso Simone and Simoncello Natural Park which invites you to relaxing walks in the lush Apennines. It is the bishopric of the Diocese of San Marino-Montefeltro whose presence, since 1572 by Gregory XIII, has strongly characterized the urban layout through imposing religious building works that we can still admire today.

4. Talamello
The historic center invites you to stroll for the intimacy it offers to the visitor and for its pearls, to be discovered within the perimeter of a few hundred meters. All around in the surrounding woods, chestnuts, pines and a rich undergrowth offer pleasant and relaxing excursions. The small medieval village in the heart of Montefeltro was owned by the Della Faggiola family, enfeoffed by the pope, and then returned several times to the hands of the Church and the Malatesta. Among the beauties, the fountain that refines the square, the cell of the cemetery which contains authentic fifteenth-century treasures, the splendid Crucifix of the “Rimini School of the Fourteenth Century”. Talamello stands out for its special production of pit cheese defined by Tonino Guerra Ambra di Talamello to which a lively and tasty fair is also dedicated.

5. Sant’Agata Feltria
Founding legends and a fairytale aspect, with its castle lent by the classic iconography of fairy tales, make this town one of the most characteristic centers of Montefeltro, capable of offering pleasant cultural, naturalistic, spiritual and gastronomic itineraries. Sant’Agata presents itself to the visitor as a splendid ancient village, well preserved, with several complexes of considerable historical value, pleasant to visit especially in the summer. Sant’Agata is steeped in spirituality and at the same time is a concentrate of mystical places including sanctuaries and convents. Very famous is the National Fair of the White Truffle which takes place every year on Sundays in October. Its Christmas markets are also interesting and characteristic. There are several inhabited centers of considerable historical value and of great value, including Petrella Guidi (6 km), a fascinating fortified village, which already enchants the sight from a distance.


Trip out of town: 5 villages near Rimini where you can spend an alternative weekend