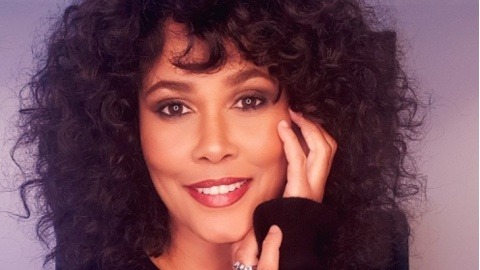 5 ‘of reading
Fano 06/18/2022
– The concert review that combines pop music with symphonic music is back for the fourth edition: the Symphony Pop Festival, organized by the G. Rossini Symphony Orchestra.

Five appointments that from June 28 to August 2 will bring great international artists to the stage of the Malatestiana fortress in Fano and to that of the former Church of San Francesco: from the South African singer Belinda Davids, one of the most beautiful solo voices in circulation with an incredible vocal range ; to the refined pianist of Bulgarian origins Ivan Donchev, gifted with “impeccable technique and incredible ability to excite”; to the young and award-winning director Hideaki Hirai, one of the greatest talents of the Rising Sun.

The review boasts the support of prestigious institutional and private partners: the Municipality of Fano, Department of Culture and Cultural Heritage; the Marche Region, Department of Culture; the Ministry of Culture; the Xanitalia company; the Cooperative Credit Bank of Fano; Enereco SpA; Fano Rocca Malatestiana; Teatro della Fortuna Foundation; Consulta Cultura Fano, and is organized in collaboration with the Friends of the G. Rossini Symphony Orchestra.

Two appointments dedicated to the (extremely popular) classical repertoire in the evocative setting of the former Church of San Francesco, an exceptional location that represents a novelty for this edition.

The Rocca Malatestiana, on the other hand, will host cross-sound concerts, Rossini’s signature style, in a tribute to three eighties pop music icons: Whitney Houston, U2 and Michael Jackson. Maestro Roberto Molinelli signed the arrangements for a large orchestra, while the project dedicated to the English band was entrusted to Carlo Piermartire.

It starts on Tuesday 28 June, at 9.15 pm, at the former Church of San Francesco with “Traces of … Haydn and Mozart”, which will see the G. Rossini Symphony Orchestra, conducted by Hideaki Hirai, perform on music by Wolfgang Amadeus Mozart , Franz Joseph Haydn, as well as on a composition by Hirai himself. At the piano Ivan Donchev, defined by Aldo Ciccolini as an “artist of exceptional musical qualities” regularly invited to play throughout Europe, Russia, the United States and Asia.

The preview of the concert will be dedicated to a social artistic project “Tuttinsieme con Federico”, starring Federico Santangelo, who with his electronic keyboard manages to excite entire audiences: suffering from a very rare genetic disease similar to autism, Federico found in music his way.

On Saturday 2 July, at 9.15 pm, the curtain rises at the Rocca Malatestiana with a tribute to Whitney Houston by Belinda Davids, accompanied by the G. Rossini Symphony Orchestra, conducted by Roberto Molinelli.

“The Voice” is the artist who had the greatest impact on Davids’ life, who since childhood has been drawn to Houston’s musical style, which resonated with the same modest family values ​​and gospel influences of her upbringing. Belinda took her first steps in the musical world by interpreting Whitney’s songs on every occasion. Her influence was so strong that she was also a source of inspiration in style, from clothing to hairstyle.

In 2017, Belinda’s career reached new heights when she won the BBC TV talent show “Even Better Than the Real Thing”, and in the same year she starred in a rousing performance of “I Will Always Love You” in scope of Fox TV’s longtime iconic talent show “Showtime at the Apollo”.

An extraordinary concert which, thanks to the Xanitalia company, will be completely free for the public (tickets can be collected at the Teatro della Fortuna box office).

The event is part of the Xanitalia 10 project, which intends to celebrate the tenth anniversary of the partnership between the Rossini Orchestra, led by the president and superintendent Saul Salucci, and Xanitalia, led by the patron Franco Signoretti, who has been alongside the OSR for 10 years. in supporting art and culture in the area.

Saturday 9 July, at 9.15 pm, at the Rocca Malatestiana it will be the turn of “In the Name of Love. U2, between rock and spirituality “. The great hits of the most important rock band in the world interpreted by the solo voices of Clarissa Vichi and Filippo Malatesta.

A project that will see the G. Rossini Symphony Orchestra and the Rimini Classica Ensemble on stage for a musical journey that also intends to highlight the spiritual aspects of U2’s lyrics, with narration by Don Marco Foschi.

Saturday 16 July, at 9.15 pm, last appointment at Rocca Malatestiana with the tribute to Michael Jackson “Heal The World”. The solo voices of Clarissa Vichi and Mattia Sciascia will play the notes of the “King of Pop”. The G. Rossini Symphony Orchestra will be conducted by Roberto Molinelli.

The curtain falls on the Symphony Pop Festival on Tuesday 2 August, at the former San Francesco Church, where “Rossini vs Mozart. Virtuous confrontations “. A concert show with the direction and texts of the journalist Stefano Valanzuolo, music critic of the daily il Mattino for over thirty years. He is the author and host of the radio programs Radio3 Suite and WikiMusic. He collaborates with Alias ​​- il Manifesto, Sistema Musica, Amadeus and, as curator of hall notes, with many of the main Italian musical institutions.

The Wind Quintet of the G. Rossini Symphony Orchestra will perform the music of two geniuses in comparison: Gioachino Rossini and Wolfgang Amadeus Mozart. A journey between music and words that will see the narration of the actor Giuseppe Esposta.

Concerts at the Rocca Malatestiana

On the evening of the concert it will also be possible to buy tickets at the ticket office located at the entrance from 20.00.

Below are the photos of the artists who will perform, as well as some videos related to the presentation.

For your photos and reports, to listen to the radio news of Living Fano and to receive ours news in real time subscribe to our free service messaging: