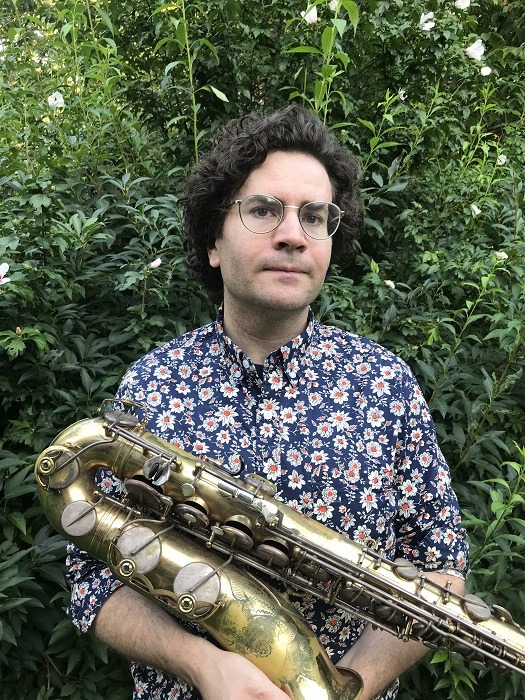 Two remarkable albums come to confirm all the good that one could think of this extraordinary musician and still too little known.

Native to the mountains of Vermont, Travis Laplante was lucky enough to come across an excellent saxophone teacher in his small town at the age of eleven. He can also count on understanding parents who encourage him and even allow him to skip school when, as a high school student, he takes lessons in Boston with a great underrated saxophonist, George Garzone. He later enrolled in the New School’s jazz program in New York before putting down roots in Brooklyn. Today, he goes back and forth between Brooklyn and Vermont.

2022 should remain an excellent vintage for this outstanding musician with the release of two magnificent recordings. The first, Wild Tapestry (Out Of Your Head Records), is the result of a challenge. The Yellow Barn Chamber Music Festival, a 50-year-old event, commissions a work from him for its 2021 edition. He will have to conduct it with eight musicians who are imposed on him. “The situation was scary, and so I decided to drive all over New England to meet them and see if they might be sympathetic to my ideas,” he said. I’m sure that helped to lower the level of anxiety on both sides. Laplante manages to pull off an ensemble sound despite the lack of time, although the ability to rehearse daily for two weeks is a rare privilege these days. The score is still 80 pages. “If everything is written, I nevertheless leave the possibility to the musicians to make a lot of choices, he specifies. For example, there may be a repetition of five eighth notes, but the musician is free to choose the tone. »

Miles Davis in general and his album On The Corner in particular served as inspiration for the project – an inspiration that must be sought from the side of emotions and spirituality, and not from music. “Influences can manifest in mysterious ways and that means your music won’t necessarily sound like the musician who inspires you,” says the saxophonist. Don’t expect funky grooves and distortion. Laplante is also more melodic than usual. Elegiac passages and abstractions of infinite beauty abound and follow one another. Chamber music and jazz language collide while being at the service of an ambitious and powerful composition. 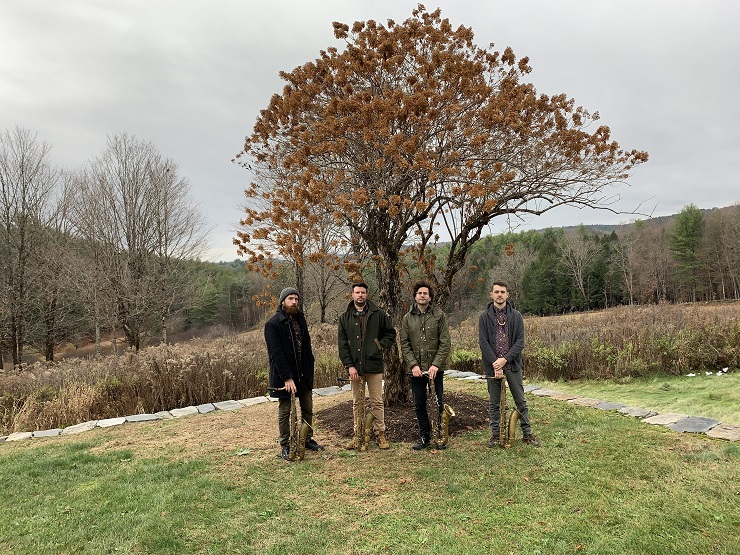 About ten years ago, Laplante decided to launch Battle Trance, a tenor saxophone quartet. “One day, I felt this irrepressible urge to form a group with three musicians [Patrick Breiner, Matthew Nelson et Jeremy Viner] which, moreover, I did not know particularly well, he admits. The first time we worked together, we held a low B-flat for an hour. I really didn’t know what I was doing. He recognizes that the difficulty that such a group presents is to distinguish the different voices even if the tenor saxophone offers a consequent register. But on the contrary, he appreciates that instruments with a similar timbre can blend into an overall sound. “I find it magical to play and not know who is producing this or that sound: it’s a crazy experience”, he explains.

Green of Winter (New Amsterdam Records) is the band’s third album. Over the past five years, Laplante has studied composition more formally, which gives this record more variety than its predecessors. Some typical features are however there with, in particular, the use of extended techniques such as singing in the body of the instrument or blowing in the mouthpiece alone. If the climates vary from one sequence to another – a great stripping can give way to a pastoral evocation -, the intensity and the density are the most striking characteristics. What emerges are massive undulating waves, great lyrical flights or repetitions of motifs reminiscent of minimalist composers. In addition, the four accomplices know how to show great control which translates into extreme concentration and the total absence of vagrancy.

Finally, we cannot talk about Laplante without mentioning Qi gong, this traditional Chinese gymnastics. At the age of 25, he fell down the stairs of the New York subway. He is then constantly dizzy. Acupuncture comes to his rescue before a friend recommends Qi gong. After a retirement in Minnesota, he became a fan of this practice. “I started doing it daily and, over time, the distance between this gymnastics and the saxophone was reduced,” he explains. The exercises allow you to be in closer relation with your breathing. »