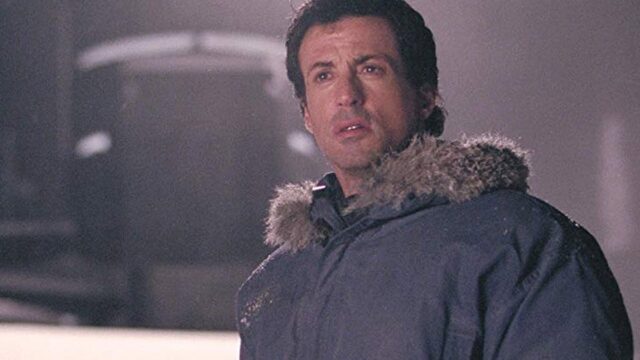 The Best Tim Summer Hits airs on Rai 2. On Italia 1 the episodes of FBI: Most Wanted continue.

Tonight on TV on Thursday 11 August 2022. Rai 3 transmits The big story. On Net 4 airs a new episode of White Zone.

Rai 1, at 9:30 pm, it airs Don Matteo 12 with Terence Hill. In the episode Don’t covet other people’s stuff The body of a woman is found in Sergio’s house. Anna believes in the boy’s innocence, but prosecutor Nardi is not entirely convinced by her alibi. In the meantime Don Matteo could become a cardinal and would be forced to leave Spoleto: Cecchini, Natalina and Pippo wish Don Matteo to remain with them.

On Rai 2at 21:15, goes on the air The Best Tim Summer Hits with Stefano De Martino and Andrea Delogu. Let’s review some moments of the summer music festival that ended last week.

Rai 3, at 21.25, it broadcasts The big story. Paolo Mieli deals with the last year of the Third Reich, from the Anglo-American troops liberating Paris, to the Red Army advancing along 2,400 km of the eastern front.

On Network 4at 21.20, goes on the air White Zone. Giuseppe Brindisi deals with the political alliances in view of the upcoming elections, scheduled for 25 September, the increases in bills and consumer goods, the possible anti-covid measures for the autumn period. Among the guests Carlo Calenda, Al Bano, Maria Rita Gismondo and Fabrizio Pregliasco.

Channel 5at 21.25, broadcasts the comedy film of 2018, You are hiding something from me with Joseph Battiston. Valeria is a somewhat distracted detective. She one day she reveals to one of her clients, Francesco, that her wife is having an extramarital affair. But Valeria has been following the wrong person. Their story is intertwined with that of Alberto, who lost his memory in a car accident.

Italy 1at 21.25, the show airs FBI: Most Wanted with Julian Mcmahon. In the episode The Infiltrator LaCroix’s team collaborates with the Fugitive Task Force to manage to stop a DEA agent, who lives in Tennessee. According to their suspicions, he must have become an infiltrator. The investigation will lead them to discover drug trafficking.

In the episode Beyond the appearance The agents have to hunt down a man who is allegedly involved in a sex trafficking ring. In the course of their research they will discover other disturbing truths.

La7at 20.35, broadcasts On air with Luca Telese And Marianna Aprile. As happens in every appointment, the conductors, with the help of guests in the studio and in connection, comment on the most important facts of politics, economics and current affairs.

Nineat 21.25, airs the action film of 2008, Ip Man with Donnie Yen. Martial arts champion Ip Man has become the pride of the city of Foshanin China. He finds himself springing into action when the Japanese general Miura begins to wreak havoc on the city with his troops.

The movies on tonight Iris, The 5

Irisat 21.00, airs the 2001 thriller film, D-Tox with Sylvester Stallone. FBI agent Jack Malloy is admitted to a detox center. He decides to get back into action when he realizes that a killer is killing, one after another, all the patients in the facility.

The 5, at 21.00, broadcasts the comedy film of 2018, A matter of timing with Michèle Laroque. Angela was left by her husband on Christmas Eve. She is back single again and she decides to take back her life. However, the path will be more complicated than forecasts.

Tonight on TV on Thursday 11 August 2022film broadcast on Sky

Sky Cinema Oneat 9.15 pm, airs the action film of 2015, Kickboxer – The Warrior’s Revenge with Alain Moussi. Kurt’s brother died during a clandestine kickboxing match in Bangkok. To avenge his death Kurt wants to challenge his opponent.

Sky Cinema Due, at 9.15 pm, proposes the 1998 comedy film, Patch Adams with Robin Williams. The film tells the true story of Patch Adams who had the idea of ​​creating a laugh therapy in the 1970s. In fact, he opened a health institution where he treated patients even smiles.

On Sky Cinema Family, at 9.15 pm, the comedy film of 2003 is scheduled, Catherine goes to town with Alice Teghil. Thirteen year old Caterina arrives in Rome with her family. Her father forces her to hang out with rich peers so her friendships can benefit him too.

On Sky Cinema Action, at 21.00, the spy movie of 2014 airs, The november man with Pierce Brosnan. Peter Deveraux, a former CIA agent, has chosen to move to Switzerland, in exile. But one day he decides to go back into action to protect a witness, Alice Fournier.

Sky Cinema Suspance, finally, at 9.00 pm, he proposes the 2016 thriller film, Manhattan Nocture with Adrien Brody. A young woman convinces journalist Porter Wren to investigate her husband’s mysterious death. Porter agrees to help the unknown but soon he will have to deal with disturbing truths.

Tonight on TV Thursday 11 August 2022, The programs on the air

"Signed by you" tells of the 'Diorama' project of the diocesan Caritas of Cerignola
Dystopia and utopia in art / Pillow dialogues / Alessandro Alfieri / Teatro.Persinsala.it
The Woman King: how does the public react? | Pretty Reel
Tweet
Share
Share
Pin