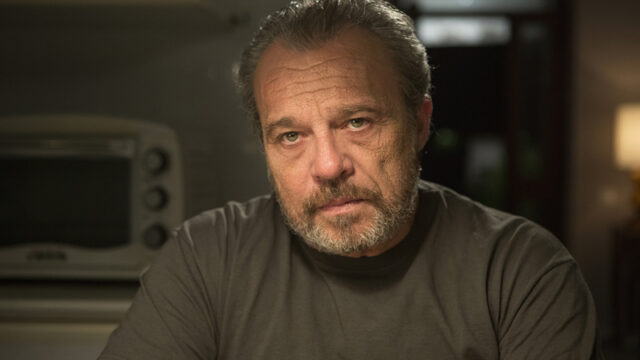 On Raiuno, the talent Dancing with the stars, with Milly Carlucci and Paolo Belli. On Canale 5, the talent Tù Sì que vales, with Maria De Filippi.

Tonight on TV Saturday 22 October 2022. Up Raitre, Sapiens, one planetprogram led by Mario Tozzi. On La7current events with On airprogram led by Concita De Gregorio And David Porec.

On Raiunoat 20.35, the talent dancing with the Stars. In the show of Milly Carlucci VIPs in the race can always count on the experience of their partners and masters. Among these there are Veera Kinnunenback from motherhood, which she competes with Giampiero Mughini And Angelo Madoniawho was on the show in 2006, which this year she dances with Ema Stokholma.

On Raitre, at 9.45 pm, Sapiens, one planet. Mario Tozzi tonight he tells us the story of Selinunte, the Greek colony of Sicily that shone for two centuries before suddenly disappearing. Stocky try to understand what are the reasons for the disappearance of the glorious civilizations of the past and if, one day, this could also happen to ours.

On Rai 5at 9.15 pm, prose evening: M, the son of the century. On stage the show of Maximum Populationadaptation of the novel “M.” from Antonio Scuratiwhich narrates the rise to power of Benito Mussolini. Next to Populationin the role of Benito“the theatrical”, A rich cast where it stands out Tommaso Ragno.

On Channel 5at 21.20, the talent Tù yes que vales. The hunt for talent continues on the show hosted by Belen Rodriguez with Martin Castrogiovanni, Alessio Sakara And Giulia Stable. To the jurors Maria De Filippi, Rudy Zerbi, Teo Mammucari And Gerry Scotti the task of selecting the best. Among the artists already in the final, the Portuguese acrobatic duo The Lads.

On La7on the other hand, at 20.35, the news with On air. Concita De Gregorio And David Porec they are aimed at viewers who like to be informed on the issues that are monopolizing the attention of public opinion even on Saturday nights. In the lineup, the high cost of living and the threats of Putin.

On Tv8at 21.00, the reality show Alessandro Borghese – 4 restaurants. Alessandro Borghese goes to Pantelleria to award the title of best restaurant on the island. The locals are in contention Altamarea, There seashell, Firiciakki Refuge And Trattoria Runcine. The special is the pantesco couscous.

On Nineinstead, at 21.25, Nove tells. With the second part of the episode entitled “Hunt for the last godfather“The docu-investigations carried out by In Trocchia. We keep talking about Matteo Messina Moneythe boss on the run since June 1993.

On Real Timeat 21.20, the reality show 50 ways to break up. Double appointment with the new program that tells stories of betrayal but also of redemption. We listen to the stories of women who, after being betrayed, take their revenge in creative and unusual ways.

The films tonight on Saturday 22 October 2022

On Rai Movieat 9.10 pm, the drama film of 2017, by Claudio Amendola, The permit – 48 hours outwith Luca Argentero. Four inmates are granted a 48-hour release permit. Among them are Donato, an innocent convict, and Rossana, arrested for drug trafficking.

On Network 4instead, at 21.25, the war film of 2017, by Christopher Nolan, Dunkirkwith Fionn Whitehead. May 1940. After the Nazis invaded France, hundreds of thousands of Allied soldiers are trapped on the beaches of Dunkirk. In order to save them, an important maneuver by sea begins, told through various characters including soldier Tommy (Fionn Whitehead).

On Italy 1at 21.20, the animated film of 2018, by Karey Kirkpatrick, Jason Reisig, Smallfoot – My snow friend. Migo, a young Yeti, wants to prove to his fellow man the existence of something he thought there was: the human being. The idea of ​​him sends the Yeti community into turmoil over what might be beyond their village. To prove he is right, Migo decides to leave.

On Sky Cinema Actionfinally, at 9.00 pm, the action film of 2021, by I. Naishuller, I am noonewith Bob Odenkirk, Aleksey Serebryakov. A violent episode unleashes a long-suppressed rage in Hutch Mansell, a neglected husband and underestimated father: he will discover lethal abilities by uncovering dark secrets.

Tonight on TV Saturday 22 October 2022, the programs on the air

le canzoni più belle del grande cantautore
What to see and do today in Pamplona and Navarra
Avatar, the way of the water: the first reviews are out, and they are rave reviews
Tweet
Share
Share
Pin