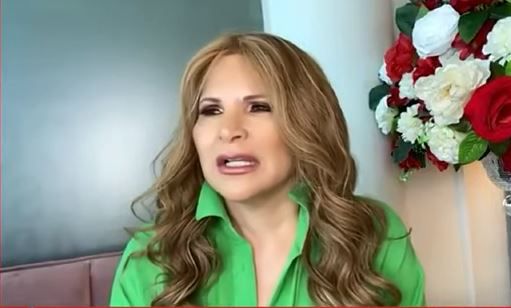 Diva Jessurum has become famous for being one of the most incisive entertainment journalists when it comes to telling the gossip and unpublished details of the life of the Colombian show business, however, she herself has also starred in a story of overcoming worthy of one of the chapters of her program, it is said of me.

Jessurum had already told the world that she suffered from breast cancer and that changed her life completely, because it not only made her see her environment from a new perspective, but also helped her to adopt new practices that have to do with her spirituality. , one of the most fundamental pillars in his fight against his disease.

It was on the morning show of Caracol Televisión Day to day in which “the only diva of Colombia” confessed and recounted what was one of the miracles that helped her overcome the cancer that took her away from the screens for several months. It was about the “Daniel fast”, a food practice that has its origins in the Catholic religion and on the recommendation of an acquaintance it came to the ears of the Barranquillera.

“Daniel was a very believing disciple from the time of Nebuchadnezzar and he did not want to participate in those big bacchanalia, or the big feasts or the parties that were put together there. He said that he wanted to be closer to God and, instead of participating in that, he offered to God not to eat flour, not to eat meat, not to eat sweets, but only what was necessary. He controlled his mind and his body and that was his sacrifice before God… I did it. He prayed all day and he changed my life in a unique way, ”explained Diva in her interview.

Said fasting helped Diva a lot not only to have a healthier diet while her chemotherapy treatment, it also helped her to increase her faith thanks to all the time she invested in prayer and dedication to her spirituality, fully delivered to her catholic god, connection which was reflected in the results of the tests carried out after this new lifestyle, in which it was revealed that his cancer had been reduced by 85%.

“Daniel achieved several miracles because it has been shown that fasting, praying and giving changes lives. change the meaning.” Diva declared, adding that her miracle is proof of this, because now, cancer-free, she is in wonderful health and professes everything she has achieved thanks to her now immense spirituality, which also gives her tools to withstand her detractors. on social media, who don’t even skimp on Jessurum’s exploits to keep criticizing her.

This was seen in one of Diva’s posts about her illness on her personal Instagram profile, where she copied the following sentence: “everything happens. I have seen the unforgettable turn into sad oblivion and the essential get in the way. It’s just a matter of being patient.”a matter that one of his haters, Well, he went in front of the Barranquilla woman, telling her not to celebrate without knowing what was going to happen in the future.

“This lady is making a serious mistake when she says that she no longer has this disease, do not trust that in ten years it will return in another part of her body, this is scientifically proven,” was the phrase of the discord of said netizen, who obtained a sharp response from the journalist, not in the same comment section, but as a unitary post using the screenshot of the words of the hater.

“It is hard for me to understand what is in the hearts of so many Colombians. Is that the right message for someone who has faced such a difficult fight against cancer? Who is obviously a fake account, has been writing rude things to me for a while, I just had it restricted from the beginningbut today I do show it because maybe I am the wrong one”, declared the woman from Barranquilla.

This was the miracle that helped Diva Jessurum overcome her cancer