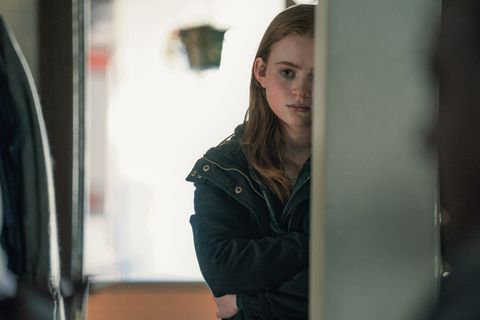 In January 2012 the theatrical piece The Whale by American playwright Samuel D. Hunter had just landed on Broadway after a hugely and unexpectedly successful debut in Denver. Darren Aronofsky bought the ticket without knowing much, most impressed by the title. The whale. It came from two incredibly subjective films – The Wrestler And Black Swan, whose respective protagonists, falling apart, slip into every corner of the story – and it took him a few minutes into the story to understand that he had stumbled upon his next project. Or rather, in one of his next projects.

It took ten years for the work to be completed and from there to the lagoon, in Venice, where this year it was presented in competition. In the words of the official pressbook, distributed by the production to the journalists present at the Lido, The Whale is the story of an English teacher, seriously obese and confined to his apartment, who in a last attempt at redemption tries to rebuild the relationship with his teenage daughter abandoned years before.

The one with his daughter Ellie, however, is not the only relationship that mounts around Charlie in the almost two hours of the story, during which his friend nurse Liz, the missionary Thomas, also alternates to keep him company in the unique location of his apartment. , ex-wife Mary and also the ghosts of dead partner Alan and his family.

The first problem Aronofsky and Hunter (who was enlisted to script the film) faced with their adaptation was how to make an essentially static character like Charlie cinematic, almost immobile due to his size and for most of the time. time abandoned on the sofa in the center of the scene. In this sense, the success is perfect. The film is a small masterpiece of writing and choreography, which manages to produce kinetic energy not – as it would seem inevitable – by moving the camera or the characters on stage, but on the contrary by lighting up the emotional space in and between them, without sacrificing a single joule. in the process.

That of the New York director is an interior drama that reduces social life to the essence of a long series of two-way dialogues – and therefore of substantially individual relationships – which overlap, creating a chain of mutual responsibilities in continuous unfolding. The stratification of relationships within the story produces the paradox of a minimalist set in which a sort of emotional hypertrophy takes shape. The expressionist charge, however, never goes out of rotation precisely because of the balance offered by the static scenario and the rhythmic circle around which the characters alternate next to the protagonist.

And to think that Aronofsky does not give up the lever of the impressive even for a second and the opportunities to overdo it would have been numerous, in a film in which the ideas of purity, violence, redemption and salvation are central. All absolute and somehow religious ideas. Starting from the overflowing and penitent corporeality mounted on Brendan Fraser, protagonist of a trial that gives his career a new dimension, up to the persistent binges, the screams and almost spiritual tones of the finale, The Whale no excess is spared.

And it is precisely in the crude search for self-destructive detail that the connection with another great film by the same author, past and awarded at the Lido, emerges: The Wrestler, which here in 2008 won the Golden Lion. The two works obviously have a lot in common, from the theme of the father / daughter relationship to that of the body as a tool to focus on pain – but compared to what happened with Randy The Ram / Mickey Rourke, Charlie / Brendan Fraser seems to be granted a passing of awareness more.

Unlike almost all the precedents in the director’s filmography, here theexplosion of the self it appears controlled and not just suffered. It is no coincidence that it is Charlie who uses this expression when evoking poetry Song of Myself by Walt Whitman. Explosion of the self that is a prelude to the request for a total opening of relationships (write me something honest!), which also echoes the great American poet, whose poem begins as follows: I celebrate myself, and sing myself / And what I assume you shall assume / For every atom belonging to me as good belongs to you.

In Aronofsky’s cinema there is hardly any redemption. Everyone is looking for it but no one finds it. Exhausted, the characters self-destruct each time. In this case, however, redemption and self-destruction almost completely overlap. The opposite visual solutions for the ending of The Whale And The Wrestler I would say well summarize this turning point: where Randy threw himself into the void, Charlie ascends to heaven.

In short, in an era in which even festivals such as Venice increasingly resemble Netflix showrooms, with films that even when they speak in Farsi seem written in downtown Los Angeles, Darren Aronofsky confirms that he owns what in less cynical years and from more solemn language than these would have been called a personal gaze. A personal gaze that, as my neighbor in the theater mocked at the end of the screening, when he takes it he takes it.

The Whale, Aronofsky when he takes it takes it