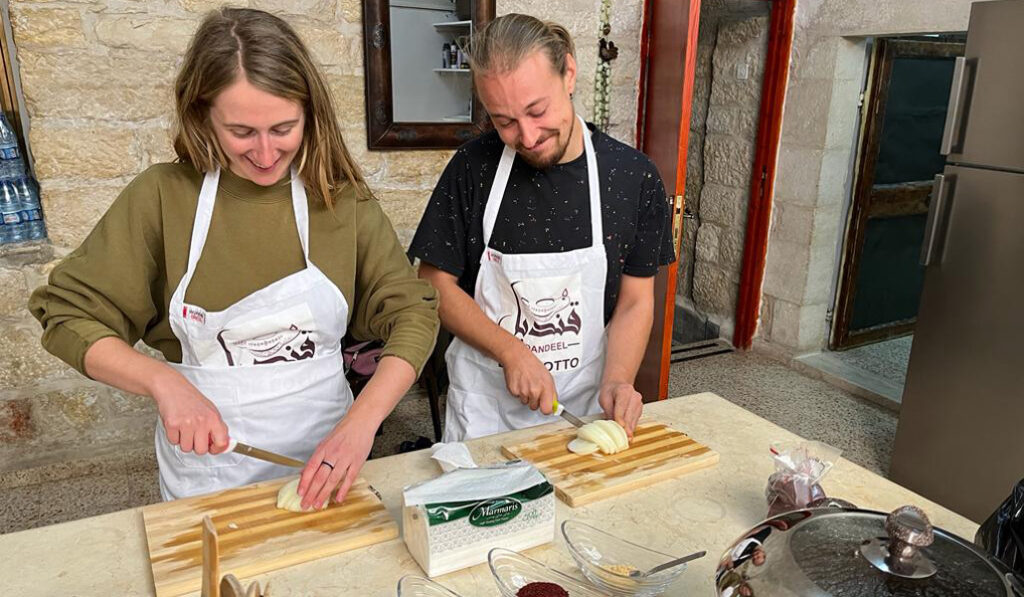 Three years ago Irene Botto, a young woman from Bethlehem, developed a “culinary experience” for tourists. She then renovated her “authentic Palestinian house” to host them. She wanted to offer an “alternative tourism” beyond the religious one. What I learned in the Bethlehem University, where he graduated in English and Business Administration and did a Master’s in Tourism, gave him the idea. The University Business Incubator advised her. And when COVID-19 brought tourism to a standstill, she “was able to work in research, campaigns and as a consultant because she had learned other skills.” She has now resumed her project and dreams of expanding it, although “asking for a loan is risky, and I am undecided due to the political and economic situation.”

Botto’s story is one of many examples of how the University of Bethlehem, run by the La Salle Brothers, has been improving the lives of Palestinians for almost 50 years. Their work has earned them the Charisma Award for Education, from the Spanish Conference of Religious (CONFER).

He was born in 1973 out of the desire to Saint Paul VI to support this people after his visit to the Holy Land in 1964. Until then, explains Peter Bray, his vice chancellor, “young people who wanted to do higher studies went to the Gulf, Europe or the United States.” Most did not return. “Many were Christians.”

His current priority is to train young people to escape the scourge of unemployment, the main cause of emigration. Since 2016, the Business Incubator has been helping entrepreneurs, alumni or not, to launch or expand their businesses. One of the fruits is a hotel that employs people with Down syndrome. Soon they hope to be able to offer microcredits. “We are also implementing a project geared towards marginalized and special needs women,” says Bray. And they have created, with the Latin Patriarchate of Jerusalem, an employment program for young people.

At the same time, the institution is committed to creating an environment in which students have good interpersonal relationships, develop critical thinking and creative solutions, and “do what Jesus wants of them: live fully” despite the occupation Israeli. Ministers, the current governor of Bethlehem and four mayors have passed through its classrooms, as well as businessmen and church leaders. Now they are occupied by 3,289 students, 20% Christians, which are 1% of the population.

The challenges have been constant. She has even closed a dozen times. The longest closure began in October 1987, in retaliation for protests over the shooting death of a student by Israeli soldiers. It was to last three months, but the start of the first intifada in December made it three years. And until 1993, when the revolt ended, the operation was “unpredictable. Israeli soldiers were provoking driving around the campus.” The students “threw stones at them, and they responded with tear gas and live ammunition.” If the situation worsened, they forced to close. The classes, recalls the vice chancellor, continued “in parish halls, hotels, convents and in any available place.”

History repeated itself in the second intifada (2000-2005). In 2002, “the campus was the deliberate target” of two missiles and then the military seized it for four days during the siege of the Basilica of the Nativity. In order not to lose the course, the teachers cut their vacations and taught on Saturdays.

In recent times, another hard blow was the pandemic. Despite the tightness of its budget, the university facilitated the deferred payment and more scholarships to the many families that had been left without income, in addition to lending electronic devices. With the crisis over, there is the constant obstacle of the Israeli occupation. Beyond the helplessness felt by the students, “in recent weeks some have been missing class. They are afraid to go near the settlements because of the increase in violence from the settlers.” In the midst of all this “chaos, unpredictability and complexity,” says Bray, “we try to be an oasis of peace and a beacon of hope.”

Together with the University of Belén, next Wednesday CONFER will present a Special Charisma Award to the priest Alberto Hernández for his work during the eruption of the La Palma volcano. Among the winners are also the Marianist Daniel Pajuelo (Communication) and the Claretian José Cristo Rey García Paredes (Formation and Spirituality). In Justice and Solidarity, Luna Reyes, a Red Cross volunteer, and Abdou, the migrant with whom she starred in a hug that became iconic, are recognized. The missionary bishop Eugenio Arellano, the film director Santiago Requejo, the Brotes de Olivo group, the FOESSA Foundation and the School of Youth Ministry with Youth make up the rest of the winners.