“I want to know what you are, I want to see what you see”: while voicing his characters, Terrence Malick it addresses the spectator, inviting him to “absorb” his idea of ​​Cinema and to let himself go, in order to know his essence, his gaze, his emotion. The director, in fact, speaks directly to his audience, continually “provoking” him, extending his reflections, passing from the particular to the universal.

The one of “The Tree of Life” it is an analysis of human existence and the universe; Malick investigates everything that is infinitely small and infinitely large, in parallel, but also by “fitting” the two things. The plot, which takes up some of the director’s autobiographical episodes, revolves around a 1950s Texan family and the maturation of the three children of the couple formed by Brad Pitt and Jessica Chastain, who have two different ways of “loving”. Family dynamics alternate with reflections on destiny, on the two ways to face life (that of Nature and that of Grace), on loss, on the “scheme” that has already been traced, on freedom. Terrence Malick pauses to reflect on forgiveness, death, fear, pain. “Is there nothing that does not die, nothing that is immortal?”, he wonders; or again, “What is the use of being afraid?”, “Why should we be ‘good’ even when others are not?” “Existential” questions which – precisely as such – do not require an answer. Indeed, it would be paradoxical to think that there is an explanation for phenomena which (by their nature) “must” remain the subject of continuous discussion. And in fact, Terrence Malick’s is an infinite flow of thoughts, which extends even beyond the duration of the film; it expands, acquires a life of its own, transforms itself into suggestions, sounds, ideas. 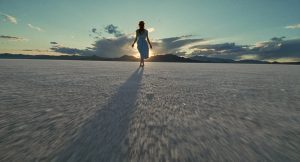 Is there anything greater than destiny? Or, stopping even earlier, does destiny exist? Are we really in control? In a crescendo of images of dazzling beauty (thanks also to the photography of Emmanuel Lubezki), accompanied by moving symphonic compositions, Malick speaks to everyone, but first of all to himself. He uses “his” language of him, through which he also manages to make “set phrases” less trivial or to make other concepts poetic. “The Tree of Life” places the evolution of man and that of the universe at the center of the narration: probably the last example of such a bold and visionary work is that of “2001: A Space Odyssey” by Stanley Kubrick.

We wonder why we can’t be exempt from Pain, we marvel at the intense and senseless beauty of things, so imbued with meaning and, at the same time, so empty.

Terrence Malick’s work is dazzling and painful. Infinite, explosive, transcendental. It is a philosophical reflection that develops through concepts that are questioned from time to time and that recalls Tarkovsky’s enchanting cinema and Kieślowski’s “colorful” cinema.

“THE TREE OF LIFE”: THE SPIRITUALITY AND THE PHILOSOPHY OF TERRENCE MALICK