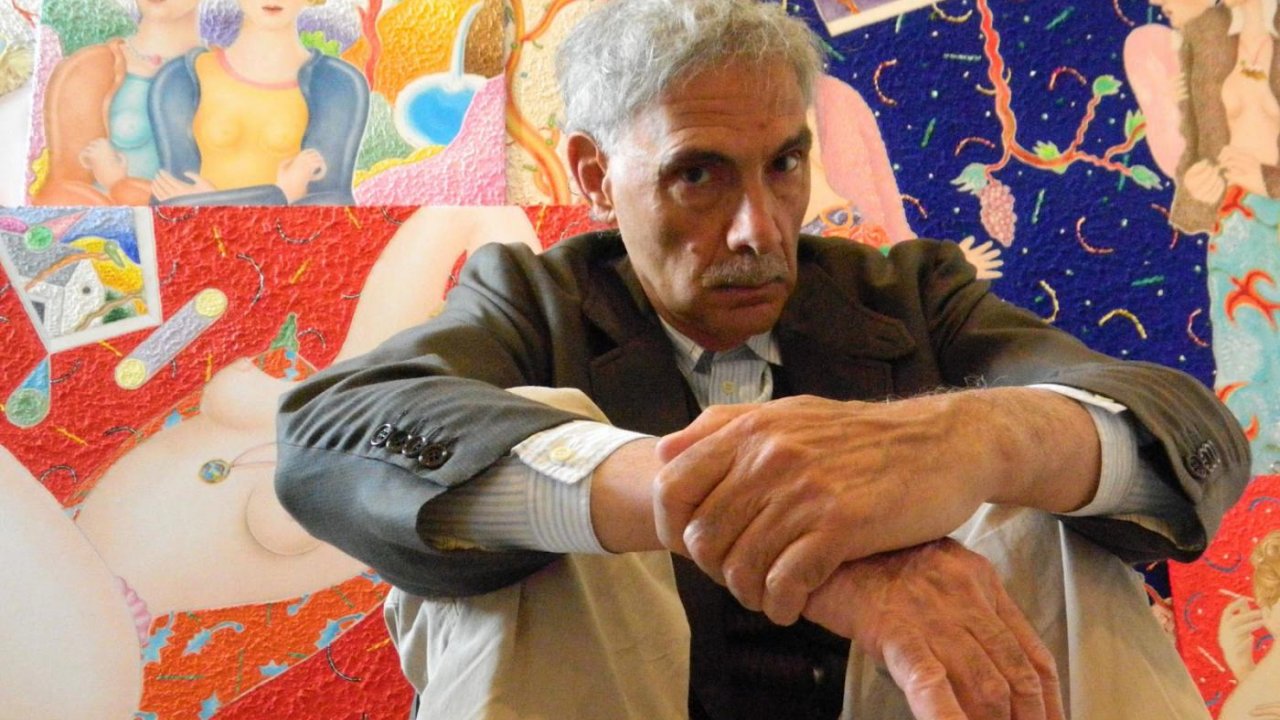 The painter of two worlds by Lorenzo Borghini with Luca Alinari from January 18 at the cinema; the national premiere of the documentary produced and distributed by Garden Film at the La Compagnia cinema in Florence.

The painter of two worlds by Lorenzo Borghini, an intimate journey into the universe of Luca Alinari (Florence, 1943 – 2019), one of the greatest Italian artists of the twentieth century, will be released in cinema d’Italia on 18 January distributed and produced by Garden Film. The Italian premiere in the presence of the director and the protagonists of the documentary will be held in Florence at the La Compagnia cinema (18/01).

The painter of two worlds (Italy, 2023, 53 minutes) is an intimate journey into the universe of one of the greatest Italian twentieth-century artists, Luca Alinari. Through various sources such as videos created by the artist, interviews, direct testimonies of family, friends, art historians and representatives of various institutions, the documentary makes its way along the artistic and existential path of the Florentine painter. His experimentation with pictorial genres and languages ​​allows him to bring to light a fresco that ranges from the Pop Art of domestic environments to imaginative interior landscapes, ending up in more conceptual art towards the end of his life, helping to reveal, through the his works, the most hidden aspects of his personality.

“I knew Luca Alinari since I was a child – explains Lorenzo Borghini, the director -. He was a close friend of my father and I was often taken to his exhibitions, which left me speechless: I adored his style. Then as an adult we bonded even more : my wife, an art historian, was the first in Italy to want to write a thesis on him. Shortly before his death, Luca was interviewed by my wife (the critic Viktoria Charkina, ed.) to write a master’s thesis about his work. With Luca we were linked not only by a long friendship, but also by a passion for cinema: he loved Truffaut and Bergman. Unfortunately, Luca will not be able to attend the discussion. He had been battling an illness for more than ten years. From that acquaintance , Viktoria has written a book: Luca Alinari. The artist of the imaginative. The success of the volume convinced me to hire her as a screenwriter to make the documentary. The family has made available about 100 edited and unedited videos crea Luca gives you with the collaboration of his friend Pino Pini and, with our crew, we interviewed many Tuscan personalities who knew him. Luca was a loner, he lived in a Medici villa in Mitigliano, near Rignano sull’Arno, which is not even present on Google Maps… A place out of time, almost an Alinarian landscape… Yet when he was in the middle of the people had a magnetic sympathy and charisma. From an initial atheism, in the last phase of his life Alinari developed an ever greater relationship with spirituality, a change that I wanted to highlight in the documentary also thanks to photography and music to create a vivid portrait of Luca’s inner world “.

The painter of two worlds: the documentary by Lorenzo Borghini on Luca Alinari in cinemas from 18 January

"The speech on the mountain", don Marco Pozza in search of stories of beatitudes
From 15 to 18 June at the Public Gardens of Cagliari the DanzEstate Junior 2022 Festival
lyrical geometry
Tweet
Share
Share
Pin