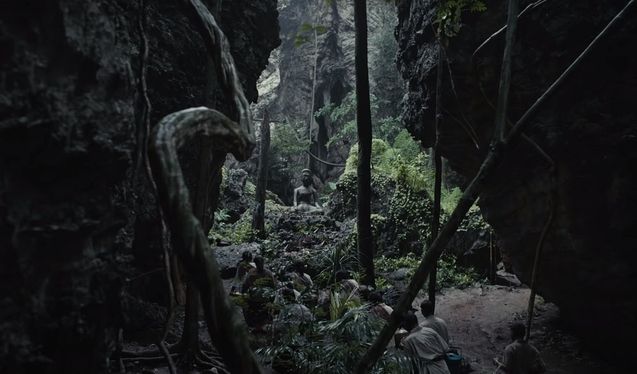 The Medium marries the codes of the documentary to film fantastic elements. A great idea that allows to anchor the supernatural in the real and the tangible, with sudden movements and zooms that give the impression that the images were taken on the spot. An augmented (and less dubious) version of American ghost hunter shows, where this time horror contaminates reality over more than 2h10 of feature film.

Unfortunately, this nice concept is quickly tarnished by strange reactions from characters, especially when cameramen sometimes remain surprisingly static to properly frame a threat that anyone would have fled. One detail among others that kindly tickles our suspension of disbelief, but above all to realize of a device not always well digested which stifles the spectator’s involvement instead of exalting it.

A complicity with the audience that could possibly have gone through increased proximity with the protagonists. Alas, the emotional moments are either filmed from afar, or parasitized by the very idea of ​​the operator’s voyeurism, thus reducing the possibility of sticking to the emotions of the characters. The mockumentary then stifles the empathy of the spectators, a hook which nevertheless wants to be essential in the horrific process of The Medium. 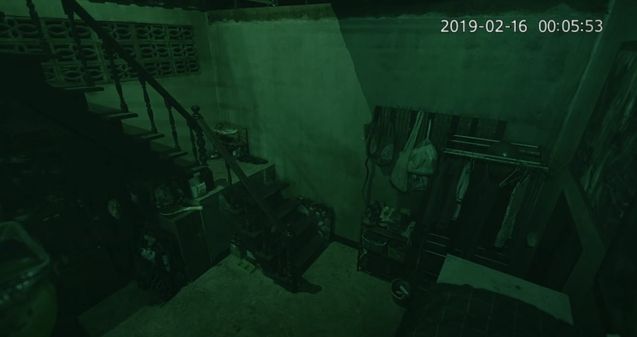 It happened close to you

Indeed, the film directed by Banjong Pisanthanakun is not sold as a game of enjoyable massacre that would spread the guts of its antiheroes over the entirety of its story, quite the contrary. The Medium wishes to accompany its characters and to raise an emotion and a progressive tension over the possession of the young Mink. Alas, between the more or less worrying camera gazes, the unsavory black vomit and the little animal joyfully tasted by the possessed, the codes of the exorcism film are applied in a very wise and somewhat systematic way.

These codes already seen then lose their impact, in addition to being laboriously executed, as evidenced by the long passage of Mink’s dark side which leads to a second part of the film where the character ransacks his mother’s house every night. The film’s narrative is stretched to repetitionthus exhausting the horrifying strength of these various effects. 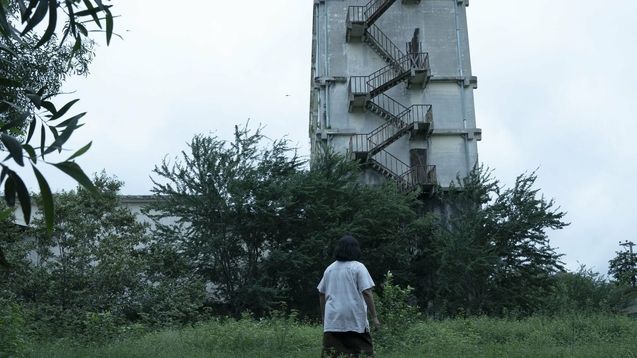 The Tower of “Terror”

Furthermore, by wandering evasively on the trail of the deceased brother, or else by not being clear on why certain characters are possessed and not others, The Medium deploys a mythology that sometimes sounds a bit random, even incoherent. Not that the over-explanation is an end in itself, quite the contrary, nevertheless, the opacity of the operation of the shamanic process in the film continues to restrict the viewer’s immersion.

That being said, this uneven installation of its mythology leads to a damn messy climax where the fact of not knowing exactly the origins of the threat makes it all the more worrying. The antagonists multiply and the cutting gets irritated in a tense and stimulating alternating montage. A nightmarish ceremony that brings a little life back to the horrific content of The Medium, providing the long-awaited and so laboriously suggested thrill hitherto. 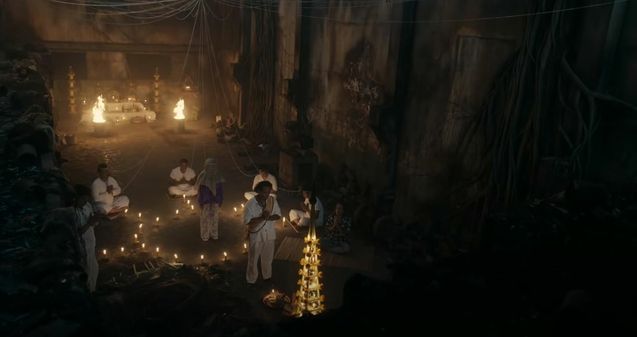 When your birthday seriously goes live…

In short, good for bad, especially since this uneven depiction of the shamanic process does not seem to be explained solely by the clumsiness of the authors of The Medium. In addition to an introductory dialogue which immediately recalls the elusive nature of spirits, the gradual loss of control of the shaman Min seems to testify to a certain difficulty in really grasping and apprehending this type of spirituality. The protagonists of the feature film themselves have difficulty understanding the functioning of their own universe.

This loss of reference leads to a very beautiful last sequence where the protagonist confides to the film crew her fear of having offered her existence to something she did not really understand. A shaman who doubts, and facing her another who does not hesitate to welcome any ceremony simply because he “have to earn a living“without forgetting the brother on the verge of leaving the family home at the slightest threat: the characters of The Medium are complex and characterized in a rather crude way. 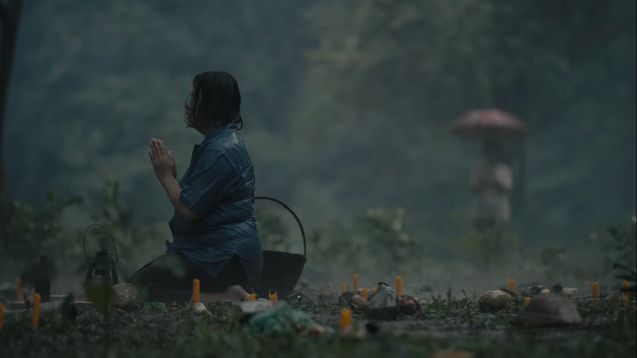 This gallery of characters gives a little flesh and density to the writing of the film. Evidenced by the journey of Noi, the sister of the protagonist, who sacrificed the fate of the latter not to become a shaman. It is only once her own daughter is in danger that she will ask her sister for help, despite their differences. No becomes the most touching character of the film, ambiguous figure, but terribly human who fled shamanism and its consequences like a curse.

Spirituality is not a gift in The Mediumit is a heavy and unstable heritage that consumes the characters and turns them against each other. Fighting against his heritage or reluctantly marrying him, the feature film directed by Banjong Pisanthanakun thus poses a black and tragic existential problem, testimony to his true sensitive potential. 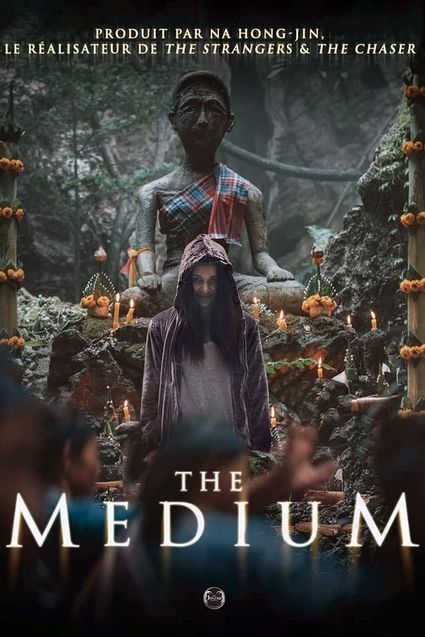 The Medium: critic not really possessed