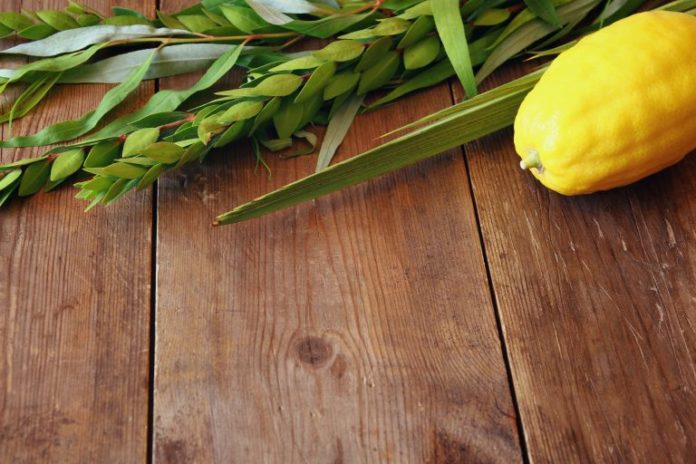 After fasting on the Day of Atonement, the Jewish community commemorates Sukkot, called the Feast of Booths.

This festivity, which manifests and promotes the union and harmony of the Jewish people, began on the night of Sunday the 9th and will end at nightfall on Tuesday, October 18 with Simchat Torah, the joy of having the Word of Gd written.

To highlight the special significance of this commemoration, the Superior Rabbinate of the Argentine Republic issued a message. He recalls the importance of honoring the path our ancestors traveled through the desert after leaving Egypt, and not forgetting that “what protects us and keeps us united as a people is spiritual strength from divine providence.”

“We left the Day of Atonement in which Gd absolved us of our mistakes, and in which we approach Gd recovering the harmony between the Creator and humanity,” said Rabbi Eliahu Hamra, general secretary of the Superior Rabbinate.

“Now we are in the Sukkot vespers, the festival of booths. A festivity in which we leave the security granted by our habitual homes to live for 7 days in the Sukkah, a precarious dwelling. This reminds us that whoever protects, cares for and shelters us is the divine connection with our spiritual part and not the material aspect”, he added.

“This precept commemorates the protection of Gd, with his divine presence during the 40 years of pilgrimage in the desert, from the exit from Egypt to the arrival in Israel, the promised land. Its fulfillment, which includes living, eating, sleeping, and spending as much time as possible inside the Sukkah, has the uniqueness of including our entire being,” Rabbi Hamra highlighted.

“In this way, we recognize that the strength of our people is given by our traditions, sacred sources and spirituality, instead of material conditions,” he warned.

“Another precept that we comply with on the Sukkot festival is attending synagogues with the Arbaat HaMinim, the four traditional species associated with this festival. They are the Etrog (citron), the Lulav (leafy date palm branch), the Hadasim (myrtle branches) and the Arabot (willow branches).”

“According to Kabbalah, the four species by their respective forms symbolize the constituent parts of the human being. The Lulav represents the spine; the Etrog, the heart; the Hadasim, the eyes, and the Arabot, the mouth. This symbology reminds us that we must serve Gd with all our being and in harmony, between our actions, words and emotions, ”said Rabbi Hamra in his message.

“Let us unite these four species with our hands and approach the synagogues to comply with this sacred precept, understanding that this festival calls us to reunite with all our loved ones in the Sukkah. Our strength lies in spirituality and the Jewish people are one big family. Let’s live these special days feeling the divine force that accompanies and protects us,” the rabbi concluded.

The Jewish community received the holiday of Sukkot | AMIA