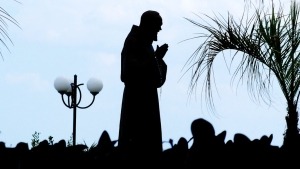 Its director, José María Zavala, is making steady progress with the filming of his latest work for the cinema, ‘El Cielo no puedeespera’, produced by Inés and Borja Zavala about the Italian Blessed Carlo Acutis -the influencer de Dios-, and which will take to the European Dreams Factory theaters in Spain. FLAPPING has contacted the renowned writer to assess the progress of the film. For now there is already an uplifting poster.

In cinema with values, at least in my personal experience in the four films I have directed so far (The Mystery of Padre Pio, reborn, Wojtyla. The investigation Y Sunrise in Calcutta) there is an infallible equation: the greater the difficulties and suffering, the greater the fruit later in the spectators.

With the twenty books on spirituality that I have published so far, exactly the same thing has happened to me. Does this mean that all of them, movies and books, are instruments to do good in the hearts of many people. They are not, therefore, strictly my works but instruments, as I say, which Jesus uses to work wonders in souls.

– Could you give us an example?

Thus, I have witnessed surprising conversions of young people or adults far from God, who, thanks to one of these films or books, have turned their lives around and now lead a life often full of sacraments. The Mystery of Padre Piowithout going any further, has even given rise to priestly vocations.

What can I say now about my fifth film Heaven can’t waitdedicated to the young Italian Blessed Carlo Acutis that will be released in cinemas around the world, God willing, next year?

A saint for the young

– Have you had many difficulties in this process?

Judging by the endless chain of technical, economic and other obstacles, I am convinced that this is another powerful instrument of God to shake, in this case, the closed hearts of thousands of young people who are crying out, many of them unknowingly, a hold on their wandering lives that is none other than God himself, without whom it is impossible to be truly happy.

The film is going to be, in this sense, a real revolution. A before and after for many young people, parents, grandparents, friends…

– Could young people feel identified with the Italian Blessed?

The exemplary life of Carlo Acutis, who died at the early age of fifteen from a fulminating leukemia, shows us, as he said, “the highway to Heaven” that is the Eucharist, which is why he did not miss a single Mass and dedicated whole hours to Eucharistic adoration.

Despite this, he was a normal boy, from around the house, who turned the extraordinary into something ordinary and in which many young people can see themselves reflected today, as in a mirror.

– Certainly, the film has a high-level artistic team.

The film is already in an advanced stage of editing, after the intense shooting carried out mainly in Madrid and Assisi, where Carlo lies buried in view of the millions of pilgrims who go there to ask for his intercession.

The photography of a great Spanish cinema like Miguel Gilaberte (Agora, Velvet, High seas, It’s for your own good), who has worked under other directors such as Pedro Almodovar either Alejandro Amenabarshines from the first frame.

Not to mention the mounting Rod Reegoformed in the New York Film Academy of the Angels; or of louis mascreator of the film’s Original Soundtrack and whose video clip of the official song has become a hit with 400,000 views on YouTube alone in less than two weeks.

– And how is the financing of the project going?

We need help to move on and Heaven can’t wait It will be released in many countries next year. This film is sorely lacking for a hopeless and aimless youth. Help above all with prayers, but also with donations from generous souls that serve to face the high payments for the fiction part, the rental of the filming equipment, the image banks, the post-production, the sound, the distribution…

Making films with values ​​is very edifying for the soul, but it also requires economic means that are not within the reach of young producers Borja and Inés Zavalatwenty-one and twenty years old, respectively. God wants us all to get this much-needed film off the ground.

The first film about Blessed Carlo Acutis is getting closer