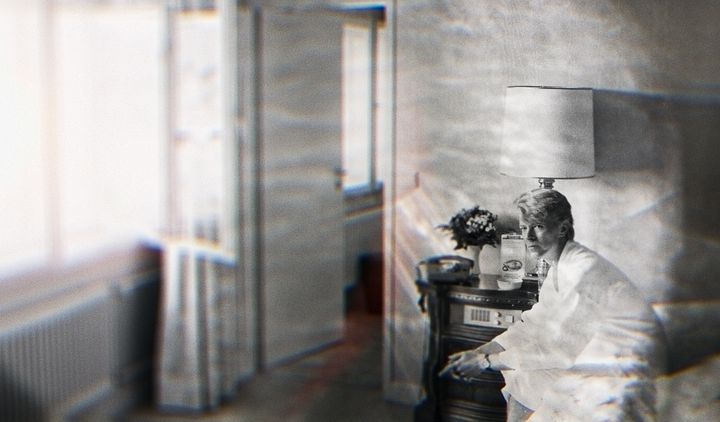 Moonage Daydream is not a biopic. No more than a conventional biographical documentary. No witness, no specialist is there to tell the camera about the ups and downs of the life of David Robert Jones. Instead, the words of the artist David Bowie collected by his interviewers over time, drawn most often during the 70s, serve as a narrative thread for an explosive and uninterrupted montage of images. Fasten your seat belts, the tempo does not slow down for a second during this prodigious two-and-a-half-hour tribute that flies by at the speed of light.

The director, editor and producer of Moonage Daydream, Brett Morgen, is not only a huge admirer of the rock icon, he is also the first to whom the heirs of Bowie have granted unprecedented access to his archives. A treasure brought together by the artist, who had already enabled the Victor and Albert Museum to mount the vast retrospective Bowie is at the Philharmonie de Paris in 2015, and which notably contains dozens of hours of live concerts and TV shows, recordings of plays (when Bowie played Elephant Man on Broadway in particular), clippings, photographs, newspapers, but also experimental videos, paintings, sculptures, drawings and poems by Bowie.

“I am a collector, I collect personalities and ideas“, answers Bowie to Russell Harty in 1973 (on Granada TV) who asks him who he is. A collector in the literal sense, since he had kept absolutely everything from his artistic odyssey, but also in the figurative sense: a collector of experiences and inspirations, which said to bring together ideas and work to “to extract the frail little truths from the chaos“. The film, a maelstrom of fragments of images and sounds, from which emerge some profound truths about Bowie, does nothing else.

Put end to end, Bowie’s images and words form a breathtaking kaleidoscope, a fascinating whirlwind that paints an impressionistic portrait of the chameleon artist and his art. This organized chaos upsets the chronology, mixes the eras, and assumes its subjectivity (it also ignores certain errors of Bowie).

If his brother Terry, suffering from schizophrenia and his tense relationship with his mother are briefly mentioned as well as his marriage to Iman, his private life is not the subject of the film. His artistic approach as well as his multiple influences (mime, Asia, the cut-up of William Burroughs, On the road of Jack Kerouac, German Expressionism, Metropolis by Fritz Lang, Méliès, Buñuel, Kubrick, Oshima, etc. are privileged. Just like its philosophy and its spirituality.

All the metamorphoses of the man with a thousand faces are shown, out of order, but with an underlying coherence in the subject. Because Brett Morgen does not only see David Bowie as an ultra creative and visionary artist endowed with all the talents. He also wants to show the lover of life who didn’t want to waste any day, the curious of everything to the end who tried to “express the mysterious recesses of the mind“.

He insists a lot on the philosopher who was Bowie, this model according to him of “aging well”, who regularly pointed out the impermanence of everything and whose spiritual quest, Buddha one day, Nietzsche the next day, made him say that he believed”into a force, an energy“, and that he observed only one worship: “that of life“.

It’s a pleasure to see Bowie interviewed in old TV shows from the 70s, the Dick Cavett Show in particular, in restored quality and on the big screen (you have to see this film on the big screen). His delightful, intelligent, polite and humorous way of answering questions. And the disturbing mixture he offered of blushing shyness and assurance, if only in the freedom and extravagance of his outfits.

This film is also a must in terms of music: it manages, in any case seen on the big screen (we repeat, you have to see this film on the big screen), to give us the impression of attending one of its shows , those of Ziggy Stardust in particular, thanks to rare restored images. As for the soundtrack, supervised by its faithful producer Tony Visconti, it benefits from the latest technological advances in the field (Dolby Atmos) to highlight the parade of eternal hits that are Space Oddity, Ashes to Ashes, Life on Mars, Heroes Where let’s dance. The sound power is such that it even becomes, let’s face it, a bit boring towards the end.

Frenetic psychedelic tribute to a multifaceted artist, Moonage Daydream is a work of art in itself, from which you come out stunned, stars in your eyes. Brett Morgen devoted five long years of his life to this film. Although he wants to share Bowie’s life’s manual”with the younger generation“, he would have liked, he admits, to be able to work on it until the end of his days.

Gender : musical documentary
Director, Editor, Producer : Brett Morgan
Duration : 2h20
Country : UNITED STATES
Exit : September 21, 2022
Distributer : Universal Pictures
Synopsis : Considered one of the greatest artists of our time, David Bowie has influenced culture for more than 50 years. Moonage Daydream is the first film to have benefited from the support and complicity of Bowie’s family and collaborators, offering Brett Morgen unprecedented access to their collection. Through personal and previously unseen archival footage and David Bowie’s own music and lyrics, this documentary invites viewers to immerse themselves in Bowie’s unique world.