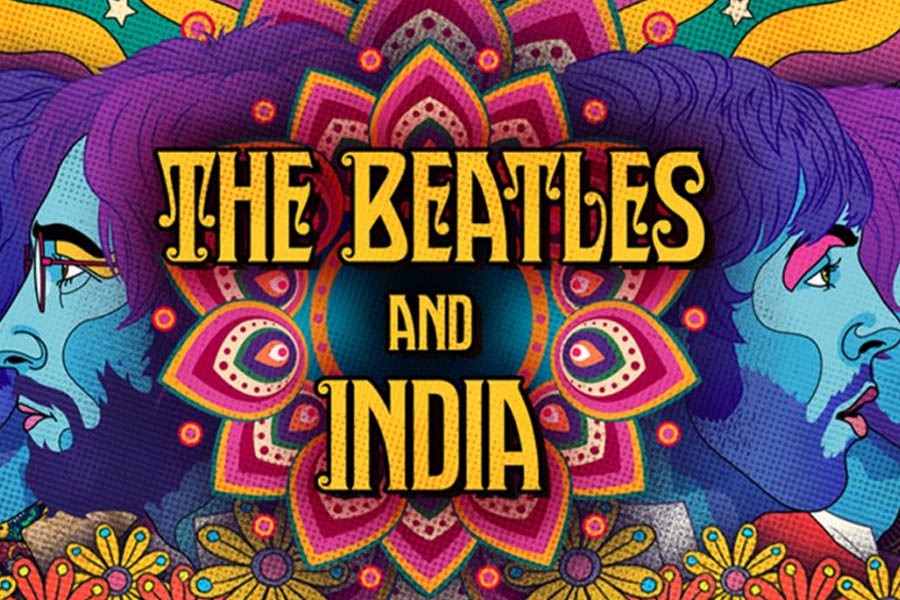 Director Joy Bose directs this documentary about the Liverpool quartet’s trip to India. In The Beatles and India Archive images and interviews with several of the protagonists of this event follow one another. A brief portrait of the enormous influence of Indian culture on the group’s way of being and making music. For many one of the great April 2022 releases.

Trailer and synopsis of The Beatles and India

In 1968 at the height of their popularity, the beatles carried away by the enthusiasm of George Harrison decide to spend a few months in Rishikesha region north of the India.

During the time that their spiritual retreat lasted, the Liverpool 4 once again strengthened ties with each other and gave free rein to their creativity. Under the guru’s inspiration Maharishi Mahesh Yogi the melodies and lyrics of his mythical album would be forged, the White album (1968).

The biggest band in the world

In the mid 1960s, the beatles they were already the most famous group in the world (with permission from Jagger and company). They enjoyed international fame and were followed by legions of fans wherever they went. Their lives had changed too fast in a few years. Perhaps this situation of continuous public exposure motivated the trip to India, in search of a place where they could enjoy greater tranquility. But the truth is that the dynamiter of this whole situation was himself George Harrison.

In The Beatles and India a path is laid out that would begin before George’s own birth and end long after the group’s breakup. A relationship with the Indian culture that would begin when Mrs. harrinson (pregnant with George) listened to Indian music to relax during pregnancy. She would continue with the interest of George for traditional Indian music and his friendship with the musician and virtuoso of sitar Ravi Shankar. It would take hold with the band’s trip to the Ashram (a place to do yoga, meditation and other spiritual retreats that allow you to evolve and grow internally) from Maharishi Mahesh. And it would extend through the solo careers of john lennon Y George Harrison largely influenced by Indian traditions and their anti-war and spiritual proclamations.

The stay of the beatles in India generated a major cultural upheaval among the population of the city and its former colony. On the one hand, after 20 years of independence from England, the young Indian population was looking for a way to break with the idiosyncrasies of their parents and grandparents. They found her through beatles. They listen to their music and dress and dance like them. They represented absolute modernity, the total decoding of moral ties, the freedom achieved thanks to a rock band.

On the other side was London (the city), Western cultural epicenter, at the forefront of all kinds of fashions and trends. However, people were looking for something deeper, away from materialism, a moral legitimization for drug use and sexual liberation. And they found it in Indian culture and religion, with the beatless like perfect Indian hosts in England.

It is true that interest in oriental mysticism and spirituality goes back years before the appearance of the beatles. Already at the end of the 40s, the generation beat in USA would begin and later, at the beginning of the 60s, the movement hippy I would continue with that taste for the way of thinking and acting so different from that practiced in the West.

The beatless became global ambassadors of Indian customs, exporting all that exoticism to the British Isles. In The Beatles and India It is seen how this experience served for British society to understand and accept the culture of part of its now-defunct empire.

The friend and the guru

The way and the moment in which the band allowed itself to be impregnated by the Indian society and customs is determined by several reasons. In addition to the personal interest of George Harrisonthe other great reason was the death of Brian Epstein. The group’s manager died in 1967, since then, the one who had been their great supporter, friend and boss, the so-called “fifth Beatle”, would no longer guide the band’s career. The compass of the beatles lost its magnetism. No longer having their main support, the band was adrift for a time, increasing their drug use and gradually disintegrating as a group.

It was in this context of turmoil that they came into contact with Indian spirituality. Thanks to acid (LSD) they were able to assimilate the complexity of Indian mysticism. And in that lysergic environment they met Maharishi Mahesh Yogi. This served as their new guide, replacing the void left by Epstein. That’s how it was as invited by the guru maharasithey traveled to Rishikesh and they undertook a spiritual retreat that lasted for several weeks.

Own beatles they were never fully clear about the purpose of the trip to India or the intentions of maharasi. They took their stay at the Ashram and they mistrusted maharasi and their business plans with beatles as a result of certain accusations of sexual abuse made against him. Although finally all that turned out to be a setup against the guru by a collaborator of the band (Alexis Mardas) and his hatred towards maharasi. What is certain is that the band continued their friendship with Maharasi Mahesh Yogi until his death. In addition, the trip to India turned out to be tremendously productive. The beatles They returned to London with enough material for a new album, their ninth (White Album1968).

The Beatles and India

Forty years after the release of his latest album and various documentaries in recent years such as The Beatles: Eight Days a Week (Howard, 2015) or the very recent The beatles: Get Back (Jackson, 2021), there is no doubt that the influence beatles He is still very present socially. Having become one of the largest and most important groups in the history of music goes a long way. But beyond its quality, the obvious thing is that the beatles They continue to entertain the public. Either with remastering of their old records or with these documentaries acting as small doses of memories and allowing the spirit of the band to be kept alive.

the indian manager Joy Bose develops for the big screen what I already outlined in his book Across the Universe:: The Beatles in India (Bose, 2018), the transcendental trip to India of the group and the influence it had on them. To do this, he uses interviews and images of the band, mixed with accounts of various people who lived through that experience, including the living members (Ringo and Paul) of the band and relatives of those who have died (John and George). British sound technician Peter Compton (A room with a view (Ivory, 1986)).

New stuff for the beatlemaniacos and for music lovers. For those who want to know the history of the Liverpool 4 and their adventures in India. A light and entertaining film that maintains the legacy beatles still cool. A classic that never fails, like the roast chicken spiced with garam masala.

The Beatles and India, a lysergic relationship

Bruce Conner and symbolic light, at the Fundació Tàpies
A 2022 of initiatives in the name of spirituality
Places of the soul. The TV Fairy finds peace in the climbs to the Marian shrine
Tweet
Share
Share
Pin