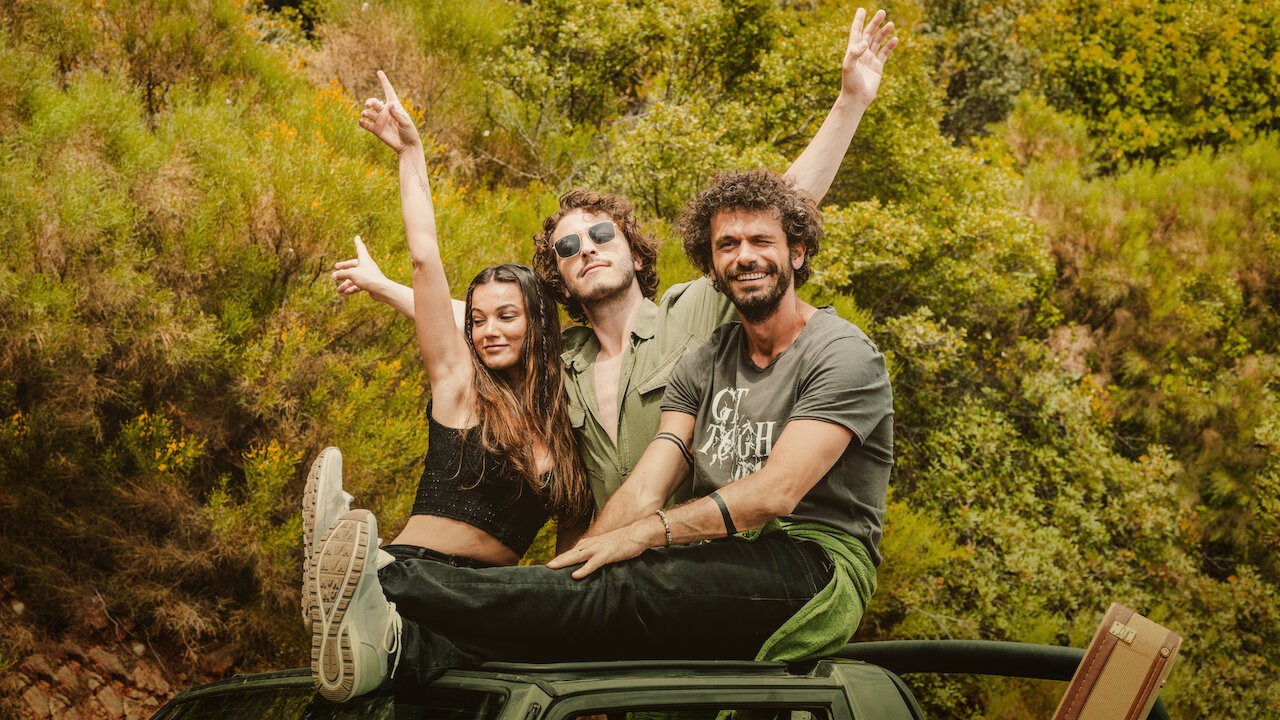 Road trips, yoga meditation and spiritual twists. The Turkish film The Apocalypse of Love is an inconsistent drama about love beyond tragedy. Perhaps the most forgettable of the Turkish productions on Netflix.

The endless tracking shot continues Netflix some romantic-drama films of Turkish origin, this time with The apocalypse of loveliterally translated from the original Askin kiyameti. Feature film debut available from June 20 by the director born in 1971 Hilal Saralwinner in 2009 at the traditional Golden Butterfly Awards for the best drama series with the family soap Ask-i Memnuthe film is a road trip through the urban and naturalistic landscapes of Turkey today, complete with mention of the pandemic and lockdown restrictions.

The story begins with a prologue that suggests a traumatic awakening: the young man’s weeping eye Firat (Boran Kuzum) opens with difficulty after more than a year in a coma, finding himself next to his mother who incredulous begins to talk to him. We then discover, with a sudden flashback, that Firat himself, following a business failure, one evening let himself be dragged reluctantly into an exclusive yoga festival immersed in nature and there, between an Asana and a meditation, he meets for the first time singer and dancer Lidya (Pinar Deniz), hired with the musician and friend Yusuf (Yigit Kirazci) to entertain the participants with his melodious voice.

Enchanted by the beautiful long-haired, doe-eyed charmer, after a brief attempt at a ‘serious’ job as a pharmaceutical informant, Firat decides to leave everything, including debts, to follow the two on their musical tours. Until an accident changes everything.

Tragic on the road and travel elsewhere: The apocalypse of love it does not enchant like the voice of its protagonist

Written by Yilmaz ErdoganTurkish actor, screenwriter and director best known for his role as Major Hasan in the film by and with Russell Crowe The Water Diviner, The apocalypse of love unfortunately it is a work whose inconsistency is evident, if not immediately, already abundantly in its first part, the one that retraces an itinerary of self-discovery by three individuals whose painful past and family roots are so incumbent on the realization of the his own happiness, to have to eradicate them by choosing a nomadic life, retreating into the most untouched nature to chase a sort of flower child spirituality sought after on creative expression and on welcoming without prejudice.

Lidya, Firat and Yusuf are all linked to someone or something, from which however they intend to distance themselves: the first from a father who rejects the character of full emancipation, the second from job failure and lack of money, the third from a bereavement still to be healed. The three then enclose that sense of restlessness and the need for change which the script nevertheless never manages to catalyze into something powerful, lacking expressive consistency in knowing how to concretely convey the emotions and content it has to offer.

In fact, the film seems to run in vain in the romantic premises of a couple that will be and a tragedy with unexpected implications, apparently resolved and instead overturned in a truly puerile ending that leaves one puzzled by how it was performed and thought. An ‘angelic’ end that instead marks a beginning, al heavenly border between the afterlife and the world of the living that does not move us to compassion – even if the songs give some notes in tune. Better then to meditate with a podcast and free your mind from the disappointment it is The apocalypse of love.

The apocalypse of love: review of the Netflix film – Cinematographe.it