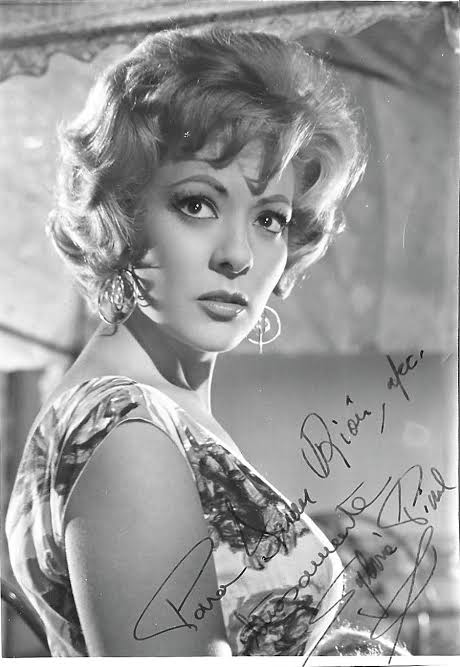 
Part of the link of the dynasty of the very father of the country, Don Miguel Hidalgo y Costilla, Silvia Pinal Hidalgo is a benchmark of Mexican cinema. She is the muse of Buñuel and Diego Rivera, the impossible love of Enrique Guzmán and Tigre Azcárraga himself. She was a close friend of Pedro Infante and a great friend of Germán Valdés Tin-Tan. Born in Guaymas, Sonora, she showed that more than just a pretty face, she could do more than wait tables in her father’s restaurant, and she proved it that way, wasting her talent in almost a hundred films ranging from melodrama to comedy and this to tragedy.

With a life full of adventures, anthology love affairs, political persecutions and scandals worthy of a queen on the big screen, Doña Silvia lives today (very deservedly) on her glories, her memories and her achievements as an actress, producer, mother, grandmother and everything you can imagine.

The woman who led us to discover the saddest stories and who is immortalized today in moms He turns 85 and we couldn’t think of a better way to celebrate it than with this top 5 of his best films.

48-minute half-length film by the Spanish director living in Mexico, starring Brook as Simón, accompanied by Silvia Pinal in the role of the Devil. Buñuel was inspired by the historical figure of San Simeon el Estilita, who back in the year 422 retired to the desert and spent the last 37 years of his life there mounted on a column, a role that Brook plays splendidly, endowing the actor with character with the right personality in this great acting confrontation, of dialogues and spirituality with a sensual and gloomy Pinal. Winning film of the special prize of the jury of the Venice Festival of 1965.

The ode to the torture of the bourgeoisie, the most surreal Buñuel enjoys the breakdown of ancestry and locks up in a room a series of characters as false as they are despicable, where the punishment for the ticket of hypocrisy has the same cost of access and the same departure time. When the exterminator is near, dreams become tangible and secrets begin to be discovered, animal behavior to appear and the desperation that could turn these monstrosities into humans to glimpse. One years after consecrating himself in command of Buñuel with Viridiana, La Pinal once again accompanies the director with one of the supporting roles that shines the most for its beauty, presence and talent.

5 – The King of the Neighborhood (Gilberto Martínez Solares, 1949)

Next to the cool Tin-Tan and after her debut as an actress in bamba, Silvia fell like a ring on the comedian’s finger; Her charisma and beauty made a deep impression on the actor who, beyond wanting to win her over (like most of the actresses with whom she managed to team up), created a genuine and fun friendship that is reflected in the film, one of the best of the king. from the neighborhood where he plays a kind of Robin Hood Mexican who fights for justice and gives the best to those he can and to those he loves, including his pretty neighbor, Carmelita (Silvia). The perfect triad is complemented by the unrepeatable Vitola and the pilon, the carnal Marcelo. That same year, Silvia would partner up with Tin Tan again in the mark of the skunk and later in you bring me by a wing. A friendship and a great comic couple had been born.

Two years later and after seeing the results that Silvia achieved alongside Tin-Tan, the great Joaquin Pardave He decided that he wanted Miss Pinal to be part of one of his greatest films (he wrote it) and with which he would achieve one of the most endearing characters of the golden age of national cinema. A “puritanical” man who travels to the capital to see nightclubs saying that he is single although it is not true. The debut on the big screen of Antonio Aguilar himself and the abundance of beauty and charisma of Mimi (Silvia) delighted an audience that can enjoy a story full of tangles, laughter and the odd truth. All under the direction of Pardavé himself.

A melodrama that became the seed and influence of many of the soap operas that 20 or 30 years later found in the figure of the poor girl who falls in love with the rich man, her key to success (the “Marías” thing is not simple chance). The film stands out for its importance within Mexican melodramas, it may not be his most brilliant performance, but it is one of the most remembered. Written by the queen of soap operas, Yolanda Vargas Dulche and directed by Federico Curiel. The success was so resounding that two years later, the big screen premiered The love of Maria Isabel, a continuation to the first story. The success was not as expected.

One of the most fascinating stories where the figure of Silvia is not only essential for the development of the stories that are covered under the heat of a mink coat as the common thread of the entire film, but also shows one of his best performances. Margot (Silvia) leads 4 wonderful women (Irasema Dilián, columba dominguez Y Maria Elena Marques) with their different stories, all with ambitions, dreams and illusions around the elegance that at that time (mid-50s) could grant such a fine garment. She not only looks gorgeous but she acts terrific. Buñuel would confess that this was a key piece in choosing it as one of his favorite pieces for three of his best films: The Exterminating Angel, Simón del desierto and Viridiana.

Not only is it by far his best performance. Viridiana changed Silvia’s life; her meeting with bunuel It was a fundamental part of his career; He not only gave him the opportunity to play the lead in this film, but also, the Aragonese became a kind of guide and teacher for the actress. Silvia took a risk and succeeded, although the benefits of success were not immediate. The censorship at that time hated the film and although Cannes surrendered to such a piece, In Spain, Franco and his dictatorship prohibited its exhibition and even ordered it to be destroyed. Silvia managed to escape with a copy of it so that, 17 years after its filming, it could be exhibited in that country.

In Mexico it was little understood (like everything Buñuel did) But Silvia knew what it was like to be the director’s pupil. She knew him well enough to appreciate her art and let herself be guided. Thanks to that, Pinal was known in Europe and managed to make some films in Italy and France.. Even today, when talking about Viridiana to Doña Silvia Pinal, her face lights up. Well, we are talking about her maximum achievement as an actress and the name of one of her daughters who, unfortunately, died.

The 5 Best Movies by Silvia Pinal