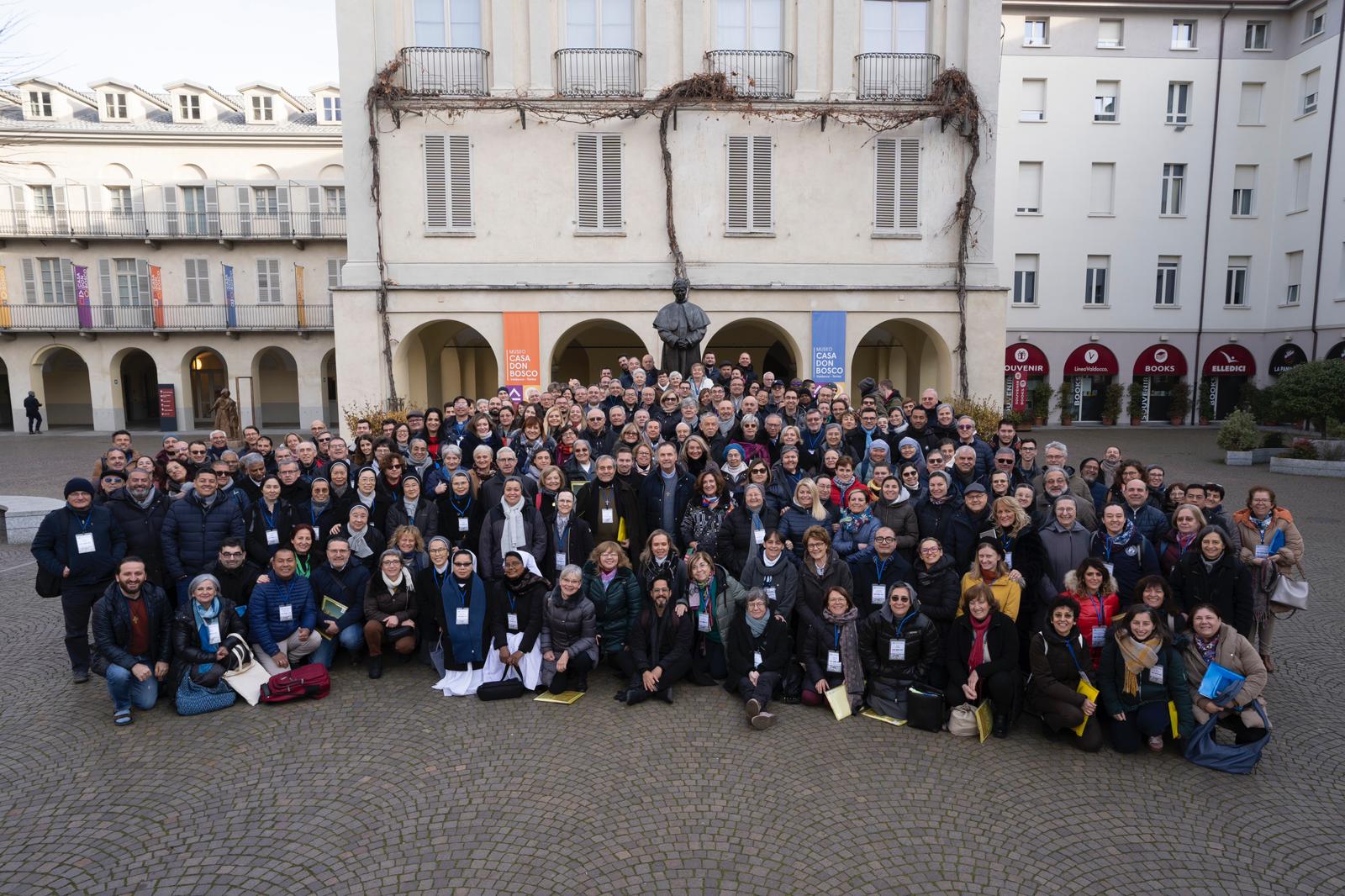 “We need the gaze of the laity”, recalled the Rector Major in the video, to sanctify the world from within; and then he cited many examples of lay holiness: Attilio Giordani, Dorotea Chopiteathe martyrs of Poznań, Mama Margarita and obviously Artemides Zatti, a Salesian canonized last year precisely for his lay commitment to those who suffer. Accept and transform the present reality; being human bearers of humanity; and finally to live holiness following the three lines of the video, to this the laity in the Salesian Family are called.

After the screening, there was still time for the Rector Major to answer some questions – coming from all over the world and from the theater’s own stalls – to explore various specific aspects of the theme of the Strenna: the global dimension of the Family Salesian in the service of the Human family; the formation of the laity in sociopolitical commitment; the effort to “be leaven”, even despite the adverse conditions in which the dough is often placed; the possibilities of reaching people’s hearts in everyday life, even without having the power of the big media; and complementarity as a wealth of diversity in the Salesian Family.

Finally, the first session closed with a presentation by the authors -the Portuguese Nuno Quaresma and the Spanish Augustine of the Tower– of the two posters of the Strenna, and with the projection of a video presentation of the V group of the Salesian Family, the Past Pupils of Don Bosco.

During the day on Friday, the participants were able to continue their reflection with different testimonies such as that of Juan Carlos Pérez Godoy, Councilor for the Mediterranean Region, who commented on the Gospel of the day and established a parallel with the theme of being leaven in the world. Afterwards, divided into almost twenty groups, based on the languages ​​of those present, they advanced in which aspects help the most to enhance the lay dimension of the Salesian Family.

In the afternoon the round table was held, moderated by Anthony BocciaWorld Coordinator of the Salesian Cooperators (SSCC), on the current moment of the laity in the Church with the messages of Susanna Torres, educator in a Salesian institute; of Renato Cursi, president of Salesiani per il Sociale APS; of Pierluigi Dovis, Director of the Diocesan Caritas of Turin and Coordinator of Caritas of Piedmont and Valle d’Aosta; and of Fabio AttardResponsible for the Formation of Salesians and lay people in Europe.

On Saturday, the activities with groups according to the respective vocations (laity, religious, consecrated lay people) were resumed to give way in the afternoon work to the presentation of some of the groups of the Salesian Family, among them that of the Sisters of Jesus Adolescent and that of the Don Bosco Missionary Community.

The assembly session focused on the Salesian holiness of Artémides Zatti, thanks to the precious intervention of Pierluigi Cameroni, General Postulator for the Causes of Saints of the Salesian Family. Subsequently, some young people from the Salesian Lombardo-Emiliana Province of Italy presented their testimonies about Saint Artemide Zatti, explaining what in their opinion the Salesian saint says to a young man today.

The event closed on Sunday morning with the Eucharist presided over by the Rector Major and the conclusions presented by Joan Lluís Playa broadcast, like the main moments, through the ANS profile in Spanish at Facebook: and also on the ANS channel of Youtube in Spanish: https://www.youtube.com/ANSchannel.

During the Eucharist, the Rector Major underlined the value of a celebration that sees the entire Salesian Family represented in the place where it all began, and exclaimed: “Dear Father Don Bosco, your family is here with you today.”

Finally, he recalled how the Salesian Family born with Don Bosco was a true gift of the Spirit, which has sustained it for more than 163 years; that is why he invited to always trust in the Holy Spirit and follow what He inspires, being on guard against trying to promote himself or his own activities.

After the Mass, which ended with a moment of meeting between all those responsible, coordinators and representatives of the various groups around the remains of Don Bosco, the approximately 300 participants divided into small groups to summarize the work carried out in the days before, and then they met for the last time at the Teatro Grande in Valdocco for the final session.

“We have experienced many moments in these days, now it is time to say what we carry in our hearts, and express the most interesting and urgent aspects for our group and for the entire Salesian Family, so that we can live and bear witness to this social dimension of the Salesian charism. ”, commented Joan Lluís Playà so that words such as co-responsibility, pastoral integration between religious and laity, joint and calibrated formation aimed at different identities, greater mutual knowledge, being “salt”, as well as leaven, in the great human family, presence among young people, strengthening the sense of belonging, Salesian Family on the way out, educational responsibility of the laity, shared planning, caring for relationships, networking…

“All this is fine gold. Let’s do it and we’ll live. There is nothing more to add”, concluded Playà.

Before declaring the Spirituality Days definitively closed, there was still time to launch two major events open to the entire Salesian Family: the second edition of the Salesian film festival “Don Bosco Global Youth Film Festival” (October 13-14, 2023 ) and the World Congress of the Association of Mary Help of Christians (from August 29 to September 1, 2024 in Fátima, Portugal).