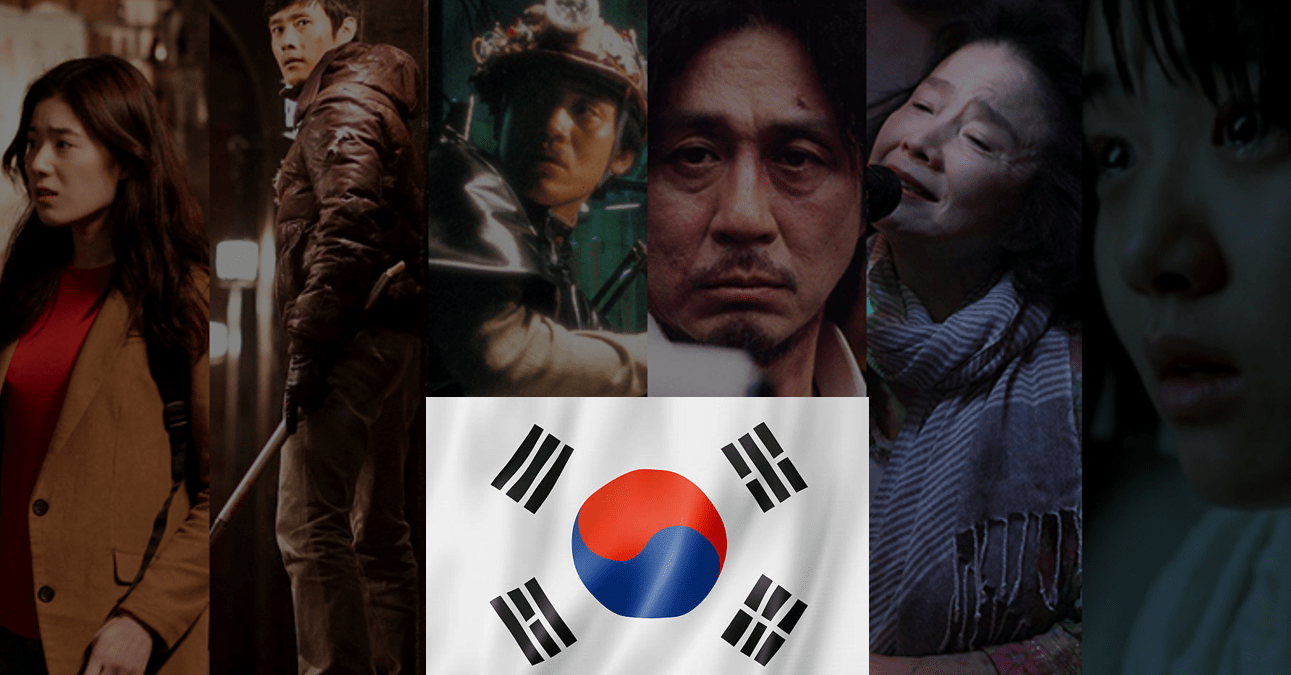 Although Korean cinema has a vast history since the end of World War II, the dark times that the country experienced around the 1970s caused many of its classic films to be lost. The censorship imposed by President Park Chung-Hee generated that the films of this country were government propaganda, which made Korean cinema lose its past and its momentary present. Fortunately, in 1980, with the fall of an authoritarian government, censorship gradually began to ease to the point that creators began to have more creative freedom.

From then on, South Korea became a cinematic monster at an artistic and commercial level, being a contender in many of the most prestigious festivals and at the same time generating box office successes with a golden generation of creators (Park Chan-Wook, Bong Joon -Ho, Lee Chang), which has been conquering frontiers, even winning an Oscar in the Best Film category, becoming the first non-English-speaking film to do so.

What does the future hold for this industry? We don’t have a crystal ball, but if Hollywood doesn’t get its act together, South Korea could steal the throne of world film power on a commercial level (because it has already reached them in terms of quality).

In what this happens we present the 10 most representative films of this country.

Despite occurring in a social context that could be different to the viewer, the issue of the difference between social classes was not stigmatized, but revealed from both sides of the scale. At the end of the day, Bong removed those taboos to show that this social scale was nothing more than an element produced by the (primitive) instincts of conservation and survival, and it is in this narrative that an environment of tension is built in which we feel that something is not right and that sooner or later those instincts will come to light and will end up unleashing the worst in each one. But the greatest merit lies not only in the fact that he has given an accurate portrait of the social classes, but also that he was able to agree on all the critics in a long time.

Winner of the Grand Prix, the first Cannes recognition for South Korea came hand in hand with one of the most twisted and original film and cult proposals of at least the last two decades. As transgressive as the limit of his shocking twist marks it, Park Chan-wook does not let his viewers breathe for a second, conceiving a thriller with very dark nuances but also criticism of the physical and emotional abuse of youth. Obviously and like all Koreans, this mystery will be diluted through a communion between suspense, action and even moments of rugged comedy that become the delicacy of those “strange” filmic pleasures, where apparently the viewer will be as guilty as the protagonist.

Perhaps it is “Iron 3”, also known as “The Spirit of Passion”, the most outstanding film by Kim Ki Duk, where he tells the story of a young man who is a delivery man and temporarily occupies houses where he knows that their inhabitants will be absent, and that as a consequence of this he meets a young woman who lives locked up because of a husband who mistreats her, and with whom he will immediately feel a special bond. Kim Ki Duk uses this story to capture his style that made him recognized, with a meticulous visual setting, use of multiple symbolisms and silences, and a lack of dialogue.

For some authors of Cinescopia, one of the best and most important films of this decade; this erotic and morbid thriller is a wonderful exercise in suspense capable of tensing its thread throughout its 140 minutes under its gruesome resources as mysterious as sexual. Revenge, the main symbol of her filmography, this time makes a perfect communion with the exotic element in this passionate lesbian romance that also offers a female revenge against that “oppressive” and systemic faction of her culture in a development that is even felt at times even “surreal” thanks to some sequences as morbid as they are spectacular. A jewel of modern cinema, Park Chan-wook gives some lectures of the best suspense.

Hand in hand with a refined photograph and the story of 2 monks who live in an isolated monastery, Kim Ki Duk (whose birth anniversary is celebrated today) uses these elements to immerse the viewer in a narrative full of symbolism, on a journey through his own consciousness, moving through existentialist scoops, and placing special emphasis on growth and maturity. Although it has some vices of contemplative films, and it is not a simple film due to its metaphor, its solid narrative, and its excellent direction place it as one of the best films that Korean cinema produced, which died in 2020

Vaguely inspired by the murders that occurred in the city of Hwaseong during the 1980s, the South Korean director builds in his second feature film a crime thriller that begins as a parody of police incompetence and brutality with its particular black humor, but gradually fades away. becoming, almost imperceptibly before the eyes of the spectator, a suffocating drama that is less interested in the impossible case to solve and more in the psychological agony of its lead detectives and their inability to deal with frustration and failure, faced with a murderous entity that seems unattainable, or that perhaps only symbolizes its own hopelessness

There are an infinity of revenge movies, but very few like the South Korean one I Saw The Devil, which manages to move between exploitation cinema with torture and the most visceral and heartless gore, and a cinema that investigates and delves into the emotions of those who have experienced the loss of a loved one. South Korean filmmakers have never been afraid to show the darker side of the human being (as shown throughout this ranking), and this film by Kim Jee-woon about a serial killer who kills for pleasure is a testament to that. At times silent and atmospheric, at others thunderous and intense, but never afraid of being what it is, a thriller with a lot of gore and revenge.

Official Selection for the 2002 Golden Lion, the story revolves around the romance between a man named Jong-Du with a slight disability, and Gong-Ju who suffers from facial paralysis, marked by society as outcasts, and with an extremely dark past that unites them, the romance between these two individuals will be an oasis in the desert in which their sentimental lives are found. With high-level writing skills focusing first on the development of his two leads and then on their relationship, Dong ends up creating an emotionally effective story. Also highlight the excellent handling of the camera that navigates between fantasy and realism

The masterpiece (and the most commercial) of the late Kim Ki Duk, and part of the new wave of South Korean cinema of the new millennium, took everyone by surprise not only for its controversial and transgressive story of a matriarchal nature, but also for its sublime development of characters that, through the maternal figure, creates two tangents that converge in one direction: the infinite love of a mother and the sensations, as bloody as they are moving, that this is capable of causing in any individual, anyone, even the meanest and/or dark A particularly morbid and allegorical revenge story, the return to the steps previously seen by the protagonist complement a psychological introspection that is heartbreaking… and great

Winner of the jury prize at Cannes, this imaginative reinvention of vampirism shines for the other great and constant capacity of its director in the management and structure of contrasting themes, since the bloody myth of said creature is joined by spirituality and religion seen now through a Kafkaesque transformation and a subsequent intrinsic struggle of its protagonist to accept his new and “disgusting” condition. A metaphor for human duality in the face of misery is also a vehicle for terror, romance, and even black comedy about these conditions. Perhaps it bleeds a little for its footage, since a few minutes’ cut would do it good, but even so, it remains fresh and very faithful to the director’s style.

Actuary/Economist, Movie Lover, Devoted to God, Intuitive, Curious, Rocker at heart, Fan of Books and the sport of tackles, cheese maker, mattress maker, red devil. “Statistics are the way mathematics tells stories” “Art is a science and the critic’s job, just like the researcher’s, is to expose its axioms and theorems to the world” “Agree, not disagree It is healthy”

The 10 most representative films of South Korea.