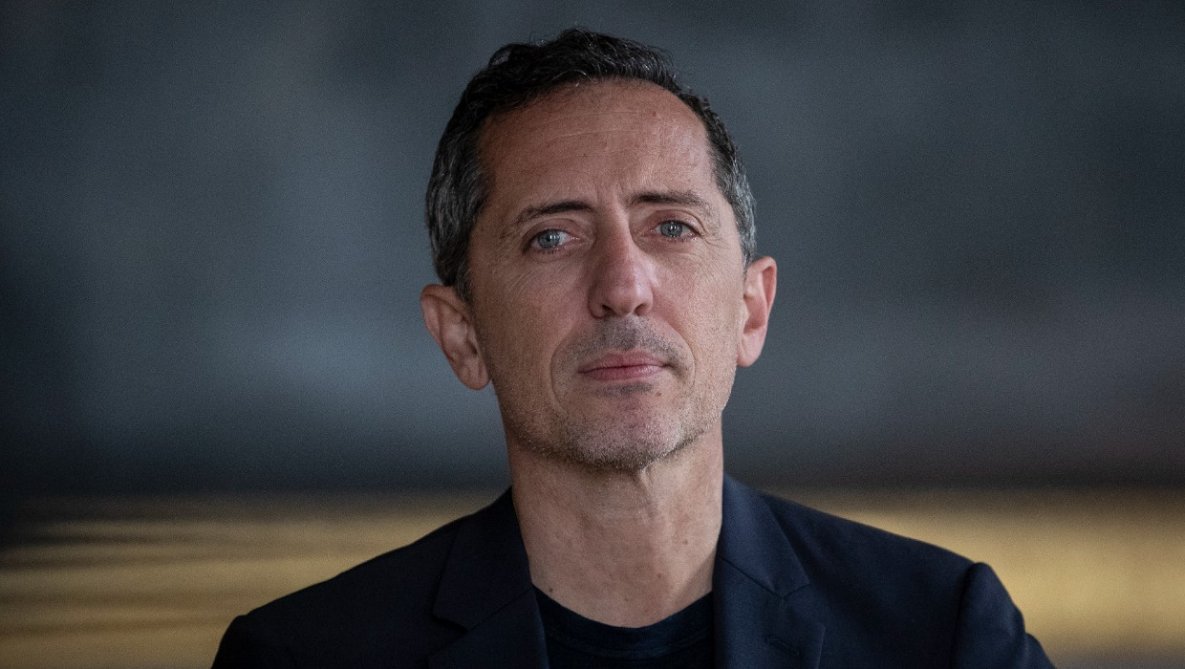 He kept sending little signals lately. A musical about Bernadette de Lourdes, courses at the Bernardins college, the benefits of a show donated to the parish of Sainte Cécile in Boulogne, and even an irruption in Paray-le-Monial this summer… Did Gad Elmaleh well and truly converted to Catholicism?

Finally, he lifts the veil in an unpublished autobiographical fiction which will be released on November 16, distributed by StudioCanal. Entitled “Reste un peu”, it retraces the winding journey that has led him in recent years to frequent the backstage of the Catholic world, more or less out of sight… It all starts with a scene in Casablanca, a city where the Sephardic Jewish comedian spent his childhood. “I had many friends, Jews, Muslims. We had a supreme prohibition: it was to enter churches.says in voiceover the comedian, who plays his own role.

Will this famous ban have aroused his curiosity? When the story continues into his early 50s – that is, in his final years – Gad’s journey is already well advanced. He returns from New York to Paris, visits his parents, who also play their own role, and insists that he “stay a bit”… This is where everything changes. Her mother discovers in her suitcases a statue of the Virgin of Lourdes, wrapped in a towel. How can he do this to them, deny his Jewish roots, betray his family?

It is all this tension that the film traces with force, between Gad Elmaleh’s attraction to the Catholic faith and the Virgin Mary who has mysteriously watched over him for years, and this deep desire for loyalty towards his own people who do not understand his path. But also this existential crisis of identity, this somewhat tormented search for who he really is. Yes, he assumes it – with humor – in the Catholic faith Gad has more affinity with the Virgin Mary than with Jesus. An introduction a little opposite to that of Mehdi Djaadi, the comedian and ex-Muslim who converted by being touched in the heart by Christ, and who also appears in the film. The latter agreed to go against his family to choose to embrace the Catholic faith.

Gad Elmaleh stages several encounters that have led him in recent years to the threshold of the Church, in particular to the parish of the brothers of Saint-Jean Sainte-Cécile in Boulogne Billancourt where he decided to enter the catechumenate. Offering the informed viewer a larger-than-life immersion, many scenes of the film actually take place in the church, with real parishioners, real Emmanuel songs sung on Sundays, real blue notebooks, but also… the real parish priest, Brother Barthélémy. The latter, with whom Gad has developed a real friendship, holds a central place in his spiritual journey. Just like Sister Catherine, a nun from the community of the Beatitudes very present in the film, who answers her questions of faith and even accompanies her to buy new shoes for her baptism…

Will he really go all the way? The suspense remains until the last moments of the film. Unsurprisingly, from start to finish we laugh a lot… and we cry a little, too.