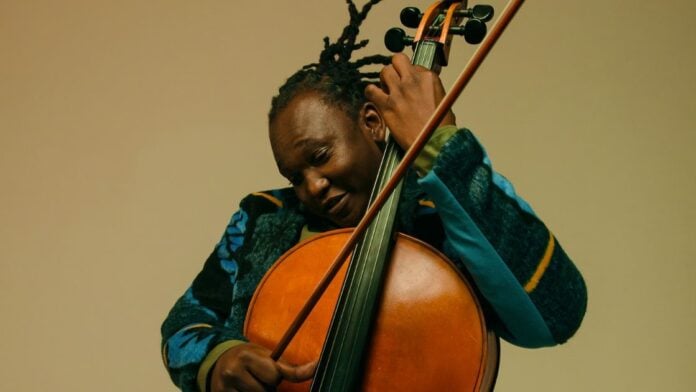 A cellist in dreadlocks: this is not trivial! The first album by Abel Selaocoe, a South African cellist whom we are discovering, is wonderful, a mixture of European classical music – baroque more precisely – and traditional South African music, our musician passing most easily in the world from one universe to the other over the compositions.

Here is what Abel confides to us, in the booklet of which he himself wrote the notes (very enlightening) for each piece, presenting himself as “cellist, singer, composer”: “The Baroque music that I studied in my early years and the South African music of my roots have more in common than you might imagine. Both lend themselves to improvisation. They came into contact long ago in South African history, in church, for example, where European hymns and African music found themselves occupying the same space. Since I took up the cello and started to sing, these two sources of influence have never ceased to intersect in my mind. I discovered that the songs of my ancestors have basslines that resemble those of baroque music, so I thought, “Wouldn’t those lines sound wonderful together?” “”.

So here is a wonderful album, of a totally unheard-of genre, in the most literal sense of the term: we have never heard such music, which is the artist’s own creation, the fruit of his particular inner blending . Thus our cellist is accompanied by both a theorbo and a kora to give us his very personal version of a magnificent sonata by Platti – an Italian baroque musician (1697-1763) who lived in Germany, and of whom we confess humbly that we did not know him – and yet we have been listening to France Musique since we were 15! :). Similarly, in just a few minutes, Abel knows how to express all the tragedy and all the emotion that fuel the sarabande of Bach’s cello suite no. 3.

But it is of course in his original compositions that the artist amazes us the most. Improvising widely in one or other of his creations, singing (in his native language, Sesotho) often at the same time as he plays, inviting here female or male choirs in the pure tradition of African collective songs, making sounding his cello there like a playful Irish fiddle, playing strikes / percussion on his instrument, or even moving us with a soft and tender ballad whose title is simply “Love” in Sesotho (“Lerato”).

Abel Selaocoe often refers to the songs of the church he attends in South Africa, and we know to what extent Africa is a continent where spirituality remains alive. The link between Bach and the music composed by our brilliant artist, like this prayer-invocation to the ancestors which closes the album, “Ancestral Affirmations”, is perhaps there, quite simply…

After October 31, 2022 at the Bouffes du Nord, Paris, the artist will be in concert:

May 20: Jazz Festival under the Apple Trees, Coutances

South Africa: Abel Selaocoe, the cellist who shows us the link between Bach and traditional African songs!