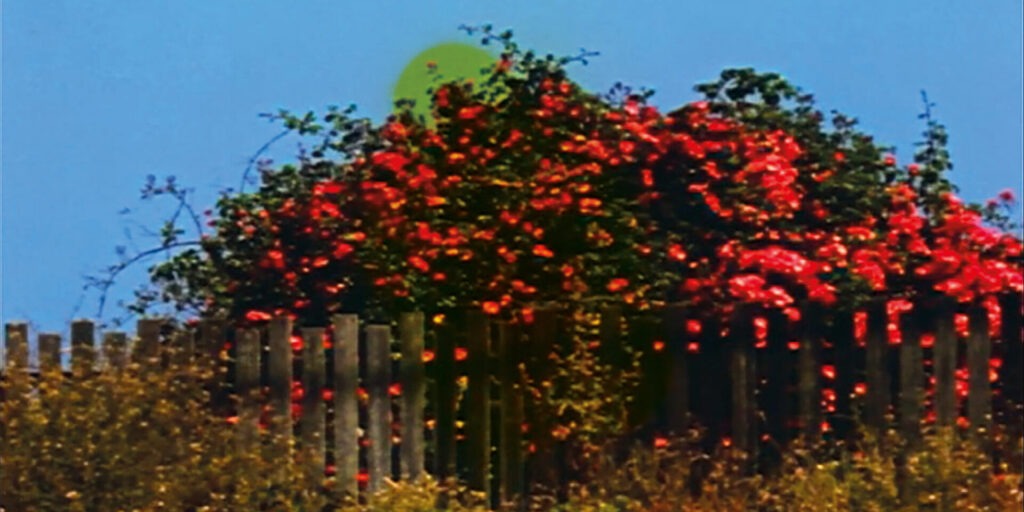 Bruce Baillie did not conceive cinema as narrative and did not work alone: ​​this fundamental figure of the avant-garde and film experimentation in the United States promoted, in 1961, the first projection of the Canyon Cinema distributor, a session with films not accepted until then nowhere, and some time later he founded the San Francisco Cinematheque with Chick Strand. Both a filmmaker and a visionary artist, he introduced in his works the critique of modern American society and its forms of alienation, in addition to using light and color (also black and white) as poetic instruments with great evocative potential.

Around Canyon Cinema itself, he fostered the development of an intellectual and creative community which, in addition to Strand, included Anne Severson, Lawrence Jordan, James Broughton or Peter Hutton and established an interesting epistolary correspondence, for decades, with the also experimental director Stan Brakhage.

We were able to learn more about her concerns when a few years ago, in 2016, Garbiñe Ortega curated a series of screenings at La Casa Encendida that reviewed her production and she is also in charge of the exhibition that, on October 28, opened its doors in Azkuna Zentroa and which also refers to Baillie. “Somewhere from here to heaven” analyzes the possibilities of showing cinema in exhibition spaces, in our time open to the new mediafrom artists or filmmakers of diverse generations and origins who, in some of their projects, have been inspired by the figure of the American: we are talking about Ana Vaz, Ben Rivers, Eduardo Williams and Apichatpong Weerasethakul.

Two sections articulate the tour: the first one takes us into the stage in which Baillie, and the group with which he surrounded himself, gave rise to a film family of vibrant activity that still survives, under the influence of film and artistic trends of the forties and fifties, and a second that collects the works of those invited authors, audiovisuals in which we can find echoes of VAlentín de las Sierras, Here I am, Mass for the Dakota Sioux either All My Life of the American, and which are completed in Bilbao with a piece made specifically for this project by JP Sniadecki. It is a film that is nourished by everyday moments that this creator has shared with Baillie in recent years and that also includes a surprise, in the form of unpublished images of one of his unfinished works.

From their disparity of sensibilities and times, the pieces have in common their distance from genres or closed categories and their fusion of diverse creative perspectives, which are not incompatible: the earthly and the mystical, the individual and the universal, the myth and the own experiences, nature and society. In most cases, they also appeal to the discoveries associated with travel, to what unites us with nature in the form of a search for light/spirituality or to art conceived as a way of life and thought, and not just as an activity.

Thus, Vaz, a Brazilian artist and filmmaker who in his audiovisual works assembles found footage and own materials to investigate the intersections between myths and geography, politics and history, shows a work where he delves into the complexity of the relationships between territories and stories and seeks to widen the limits of our perception, while Rivers, which usually connects documentary and fiction, has generated a proposal based on oblique narratives in which he ponders about alternative lives in marginal settings. Usually, this British creator uses old cameras and develops 16mm film by hand, making the materiality of this medium part of the narrative.

The Argentine director Eduardo Williams, for his part, investigates movement, uncertainty, the spontaneous links that can be generated between different contexts and Weerasethakul, director, producer and screenwriter of independent films born in Bangkok, unfolds once again his personal gaze in a a piece that resembles almost nothing: his works seem to have more to do with states of consciousness, memory and dreams than with the tangible.

This exhibition is completed with two film cycles at the Zinemateka: one dedicated to contemporary films and the other to experimental historical works. The first, which takes place in this month of November, has works by the authors present in “Somewhere form here to heaven”; the second, which will arrive in January and February 2023 and will also stop at the aforementioned Casa Encendida in Madrid, will allow us to (re)discover the generation of American filmmakers who worked around Canyon Cinema. This is the program for the first of those cycles:

“Somewhere from here to heaven”