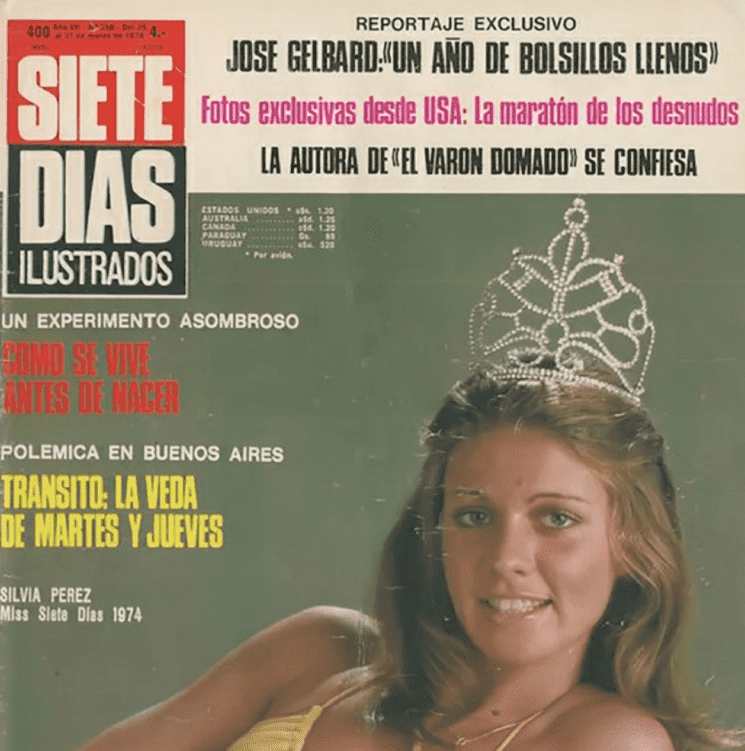 Silvia Perez She was considered one of the most beautiful and popular women in Argentina, since she was part of greatest hits not only in modeling and advertising but also in film, theater and television. Likewise, throughout her professional career, she was related to different men, however, Santiago Bal and Alberto Olmedo marked his life forever. After going through great sadness, the actress found support in spirituality and his family.

At the age of 19, she began to develop as a model and later won the beauty contest. “Miss Seven Days”. As a result of this contest she came to participate in “Miss Argentina” where she was crowned queen. After her pass through modeling, she studied acting with great masters of the environment and started on television in the program “Frac, Mood for the Night”.

The consecration as an actress

Although it is recognized as one of the “Girls from Olmedo”, the reality is that he was able to get out of that role and earned his space in the art industry. Throughout her career, she also participated in national cinema. Among her best-known films are “The Flea in the Ear”, “El Manosanta Is Loaded”, “The Disco of Love” and “The Punk Professor”. His great leading role was in the film “Encarnación”, which won an award at the San Sebastian Festival.

His first public partner was the comedian Santiago Ball that at that time he was in a relationship with the interpreter and vedette, Thelma del Río. of this love relationship their only daughter was born, Julieta who is also an actress. Sometime after they split, Pérez appeared to be single, but hid a relationship with the humorist Alberto Olmedowho was with Nancy Herrera at the time.

On March 5, 1988, the actress’s life changed forever. That day, “El Negro”, who was doing a season in Mar del Plata, fell from the balcony of the apartment where he was living. Although she was very sad about the terrible news, the vedette did not bring their relationship to light until some time later. According to Pérez in different interviews, his relationship with Rosario ended with his death.

For Pérez, the physical loss of Olmedo meant a change of course. She was very sad for a long time, but at the same time she gave herself the space to reflect on her future. At that time she felt that she had worked too hard and did not enjoy her life and her daughter, so she decided to take some time off. A friend wanted to help her heal that existential crisis and gave her a book about Sai Baba and started a process of spiritualization..

Since then, meditation and prayer have become the basis of his daily life. From there traveled 13 times to India and settled in the Hindu community. There she was able to heal her heartaches and found his true passions. A while ago, she returned to acting and met her beloved audience.

She was Miss Argentina, had a secret relationship with Olmedo and abandoned everything for her religion: the new life of Silvia Pérez