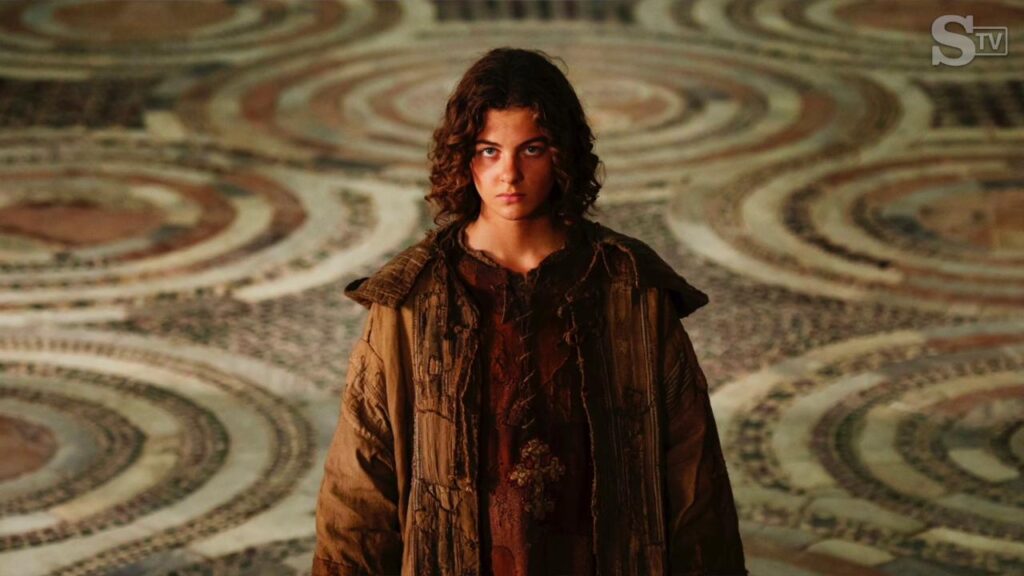 Always keep the starting point in front of your eyes. The results achieved, keep them; what you do, do it well; do not stop, but rather, with a quick course and a light step, with a sure foot, that not even the dust allows you to delay its going, cautiously, advance confidently, happy and solicitous in the way of bliss.

The life of the saints continues to be a source of inspiration, immersed in faith and transcendence. So little similar to our age, totally secularized and devoid of sacred ideals.

The film did not go unnoticed at the last Venice Film Festival Clear by the director and screenwriter Susanna Nicchiarelli, dedicated to the saint of Assisi.

In the film, emphasis is placed on the community and solidarity dimension that is created around Chiara, who refuses any hierarchical setting with her sisters, while remaining a charismatic figure and obtaining the title of abbess, as can be seen from her Letters and his writings.

St. Clare of Assisi, who grew up in the shadow of St. Francis as her “little plant” is an extremely linear figure: a woman of clear, strong and profound ideas, lived with coherence and with such intensity as to become ideas-strength and ideas -life of an entire existence aimed at the Absolute.

Her spiritual life, as it emerges from her writings, oscillates between two poles: poverty and the Kingdom of God, but for Clare as for Francis the two poles become one, with the face of Christ poor and crucified. Chiara is the poor par excellence, led by Francesco, she does not hesitate to undress like him. She in full communion with Christ.

Born in July 1194 in Assisi by Offreduccio and Ortolana, an elegant and devoted woman, a pilgrim to Jerusalem and the Gargano, in the Grotta di San Michele.

His family belonged to the Umbrian nobility, without the economic power that the bourgeois and commercial class of Francesco’s family held. Their century is characterized by many changes: the first universities were founded in Padua, Naples, Rome, Toulouse and Salamanca, cathedrals were erected. And in the great confusion of popes and antipopes a new spirituality grew with monasticism with a hermit vocation.

It was 1210 when Francis was authorized to speak by the Bishop in the Cathedral. Years earlier he had converted before the Crucifix of San Damiano. Chiara was already fascinated by his choice of life. Her sermons about her were not scholarly, she spoke from the heart, she had chosen poverty and lived it with royal dignity.

In an anonymous way, Chiara began to help him with the restructuring of the Porziuncola. A secret relationship began between the two young people. With their conversations they planted roots that would last for centuries. After two years of clandestine meetings, Chiara decided to flee her father’s house. It was Palm Sunday and Francesco was waiting for her at Santa Maria degli Angeli. Chiara abandoned her luxurious clothes to put on a rough tunic, shaved her head and covered herself with a black veil. On that night she made the promise of obedience, chastity and poverty. She was immediately taken to the Benedictine monastery of San Paolo, in that place she had to undergo the pressure of her uncle Monaldo who at all costs wanted to bring her back to her previous life. In San Damiano, surrounded by greenery, she organized the female Franciscan Order together with the other friars. Clare, Pacifica and her sister Catherine then consecrated with the name of Agnes, were ready to live in material poverty and spiritual abundance. Many women joined in, including Chiara Ortolana’s mother. They didn’t accept donations, they lived off their work. Embroidery, yarn, making of sacred vestments and tablecloths for the altar.

Their rule, their forma vitae, was approved only verbally in 1209 by Innocent III. At the basis of the rule there is a retreat from oneself in the face of a gift of grace, the same as that of St. Francis. It is a loss of one’s life in the footsteps of Christ.

Santa Chiara, the “small plant” woman, who chose poverty and the Absolute | BonCulture