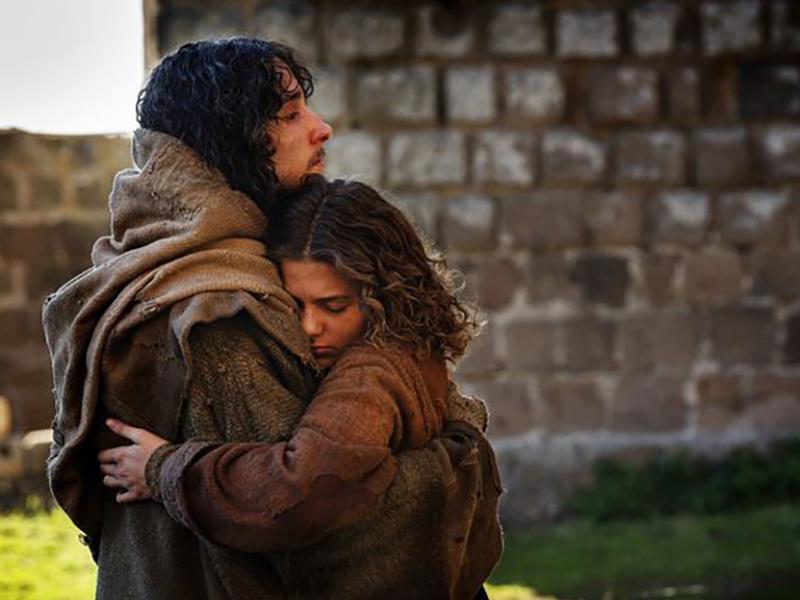 Works of faith in competition

The most obvious hypothesis is that, in our difficult times, the refuge in faith, the gaze upwards, the support of religion, may be the only weapons capable of countering a bleak landscape made up of wars, pandemics, environmental disasters. . Beyond all this, however, there is also the desire to re-read the paths of the great ecclesiastical icons, to understand the influences they exercised, to intertwine the destinies of saints and enlightened ones with those of ordinary people, in search of supports and points steadfast, of examples and victories, at least spiritual if not material.

Robe and prayers, stigmata and blessings fill many of the stories of the films on the bill at Venice exhibition which is inaugurated on the 31st. The password could take up the line of a famous song by Ornella Vanoni, “let’s also try with God, you never know”, and, after all, the impression is that, the events observed through the lens of the supernatural could acquire a lost meaning, silence the bewilderment with which we witness the unfolding of our daily life.

In the documentary Travellingdirected by Gianfranco Rosi, Pope Francis it points the way with its mission of knowledge and cultural exchange, with its role as a witness to the suffering of the world, with its striving for care and comfort. As soon as he was elected, in 2013, the Holy Father goes to Lampedusa, where the director shot Fuocoammare, and, in 2021, he goes to the Middle East, Iraq and Kurdistan, in the areas where Rosi set Notturno. A network of coincidences pushes the author to follow in the papal footsteps, those of a head of the Church who, in 9 years of pontificate, has made 37 trips, visiting 59 countries, along a path that, from Italy to the United States, from Brazil to Cuba, from Southeast Asia to the African continent, gives back the picture of the most burning contemporary issues, misery, outraged nature, migrations, war, solidarity.

When the presence of the documentary at the Mostra (out of competition) was announced, Rosi was in Canada with the Pope, the producer Donatella Palermo spoke for him: «Gianfranco chose to make the film not on commission, but for the desire to tell emotion of the world seen through the gaze of Francis “.

The itinerary of faith that becomes politics and social intervention or helplessly witnesses the tragedy of oppression is at the center of the film with which Abel Ferrarathe sulphurous and irreverent director of Brothers and the Bad Lieutenant, faces the figure of Father Pio placing it in a decisive historical moment such as the first postwar period in Italy, in San Giovanni Rotondo, in the province of Foggia, the scene of the bloody conflict between landowners and laborers, which culminated in the massacre of October 14, 1920. On the one hand, the journey of the religious, divided between satanic temptations and thaumaturgical powers, on the other hand that of the veterans returned to work in the fields, poised between instances of rebellion and humiliations of misery. On the one hand, faith in the divine, on the other, the disappointment of democracy, since the aggression against the crowd coincided precisely with the day on which the peasants were preparing to celebrate the socialist victory. The question, also in the film by Ferrara Padre Pio (on the bill at the Giornate degli Autori) is always the same, while the priest suffers the pains of the stigmata, the poor die slaughtered, in short, what can the word of peace and forgiveness be for? to the repetition of injustice?

Perhaps only the impetus of youth, of a pure and overwhelming belief like first loves, can serve as an example. He talks about it Clear the film (in competition) by Susanna Nicchiarelli dedicated to the eighteen year old who ad Assisi, in 1211, he ran away from home to follow his friend Francesco, a girl in search of freedom: «The story of Chiara and Francesco – says the director – is exciting. Rediscovering the political dimension, as well as the spiritual one, of the “radicality” of their lives, means reflecting on the impact that Franciscanism has had on lay thought, questioning oneself with respect on the mystery of transcendence ».

In addition, Nicchiarelli focuses on the female component, long neglected in the reconstructions of the saint’s journey: “Clare’s life, less known than that of Francis, gives us back the energy of renewal, the contagious enthusiasm of youth, but also the drama that any revolution worthy of this name brings with it ».

Outside the exhibition, other priests and other saints are preparing to occupy screens and stages, from the exorcist Father Amorth in the version of Russell Crowe, to San Giovanni Bosco, Sant ‘Agostino, San Giovanni di Dio and Santa Francesca Romana protagonists of John’s show Scifoni, Even the saints have pimples, Friday at the Festival of the Medieval Theater of Anagni: «When you constantly bang your head on a theme it means that for you it is crucial – reflects Scifoni -. For me it is the sacred, the Gospel, these biographies ». In short, the syndrome is widespread, and this time, no vaccines are needed. (The print)

Santa Chiara and Padre Pio at the Venice cinema