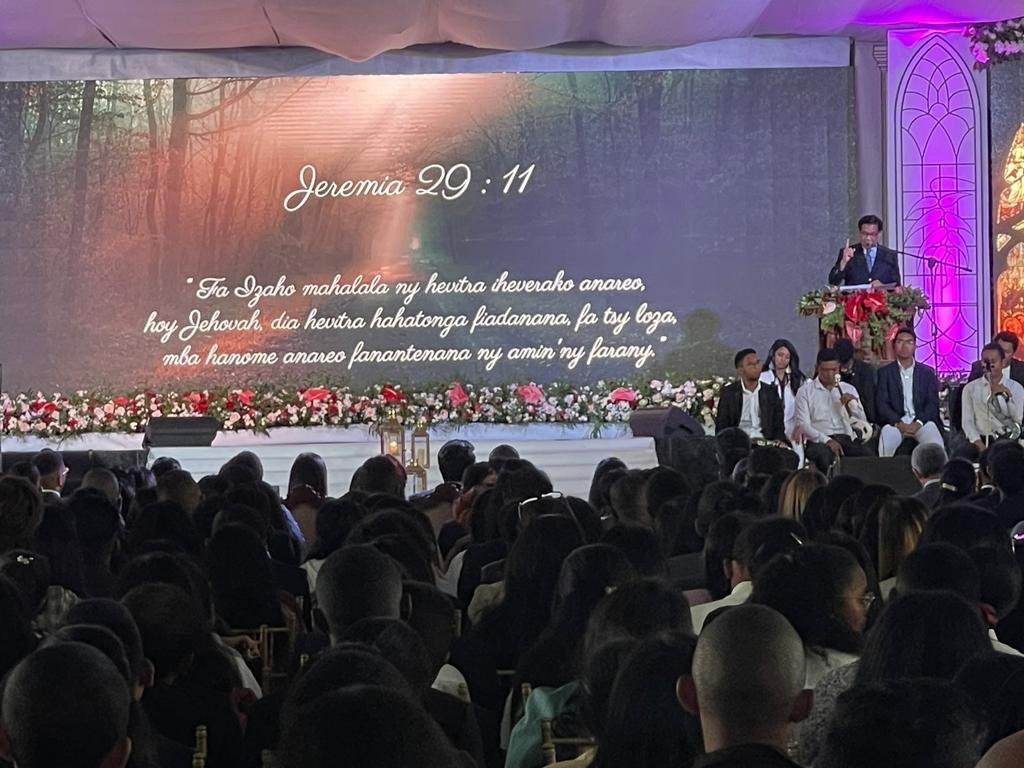 The thanksgiving service organized at the presidential palace in the presence of the Head of State and members of the government is a strong signal.

The exhortation of this particular time to the nation was taken from the book of Jeremiah 29 verse 11 which says ” For I know the plans I have formed for you, says the Lord, plans for peace and not misfortune, in order to give you a future and hope.“.

Thirteen days after the beginning of the year, the Malagasy people baptized “Les Malagasyens” by the revered Pastor Koffi of Club 700 and his wife dedicate the new year to the Almighty GOD.

The speaker of the day, Pastor Solofo, encouraged the audience to trust in GOD at a time when the world is in dire uncertainty about the next day. 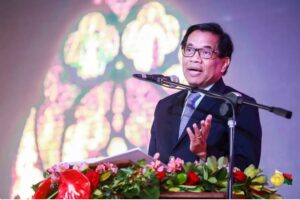 Pastor Solofo, the speaker of the day

Country with enormous potential Madagascar needs GOD (Like all other nations) to resist global pressure during this year 2023.
The service ended with a time of proclaiming the promises of GOD and the blessings of the nation. 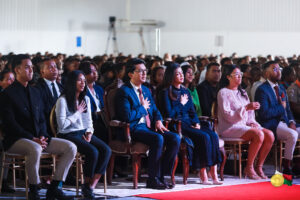 The president of the Republic ; his wife and some important personalities of the country in the front row

Prayers were raised in favor of the institutions and those who embody them. (In particular the President of the Republic) 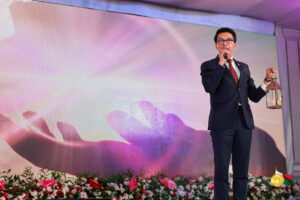 The President of the Republic during his speech for the occasion

The day when everything changed

The thanksgiving service on Friday, January 13, 2023 is no coincidence. Two months before precisely in November 2022 servants of GOD under the guidance of the Holy Spirit not only consecrated the country to GOD but brought the hearts of the inhabitants of this island back to their Creator and Savior Jesus Christ. 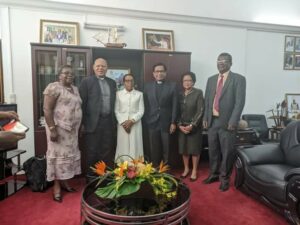 Pastors Solofo and Raymond Koffi accompanied by their wives, and other leaders of evangelical Christian missions in Madagascar spent 7 Days of intense ministry. With GOD’s help, the message of Christ was given in the nation’s capital. 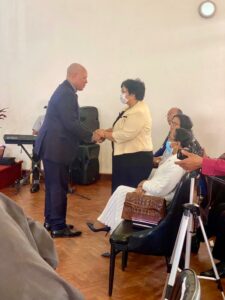 Pastor Koffi with the mother of the President of the Republic

The presence of GOD has been spread in strategic places of the country like the parliament.

You can become a volunteer editor in the Journal Chrétien. If you are a Christian influencer or an audiovisual professional, you can submit your clips, series and films on our Christians TV YouTube channel by contacting us at: admin@chretiens.info

Religion: Madagascar entrusted to GOD in 2023 (under the direction of the President of the Republic) – Madagascar – Journal Chrétien