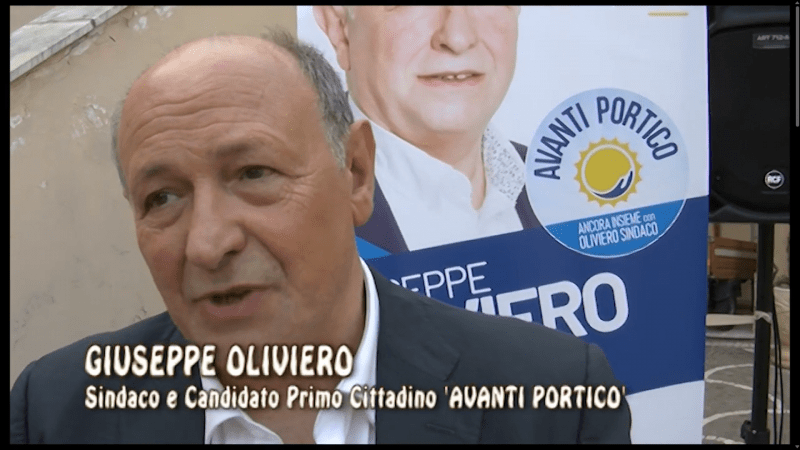 This is the press release issued by the Municipality of Portico di Caserta:

“Portico di Caserta. “Carri, Rhythms and Pastellessa” – The celebrations in honor of Sant’Antuono are underway. 22-25-27-28-29 January: five days of celebration between tradition, street food and surprises – Saturday 21 January conference to present the program and Sunday 22nd opening party in Piazza Rimembranza. Five days of celebration. Thirteen floats – reads the press release – and more than a thousand bottari. The 2023 edition of “Carri Ritmi e Pastellessa” is upon us. festive city, a suggestive atmosphere full of enthusiasm accompanies the start of the traditional event which, every year, attracts thousands of enthusiasts and visitors from all over Italy to Portico di Caserta.An extraordinary amalgam of folklore, traditions and spirituality : the feast dedicated to Sant’Antonio Abate, also known as Sant’Antuono sees religious moments such as the liturgy and the procession of the Saint alternate in the days dedicated to it with the folk component which finds its maximum expression in the s spun of the so-called carts of Sant’Antuono, itinerant stages for the bottari, skilled players of unusual instruments – we still read – such as barrels, vats and scythes, the ancient instruments once used by the local farmers. Percussions and rhythms, such as the traditional “pastellessa” or the “tarantella” re-propose a show as old as the history of these lands itself, which time does not affect, on the contrary fueling the passion with which this tradition is handed down year after year. The first appointment will be on 21 January at 17.30 in the council chamber for the presentation conference of the program of this edition which will be attended by representatives of the organizing association of the event “Tradizion Cant e Suon a Sant’Antuono” chaired – continues the press release – by Gianfranco Stellato together with the municipal administration led by Giuseppe Oliviero. The conference will be attended by the President of the Regional Council of Campania Gennaro Oliviero and Giuseppina Presutto, head teacher of the Comprehensive Institute “San Giovanni Bosco” of Portico. The comedian and presenter Lino D’Angiò also returns on this occasion. An interesting initiative created thanks to the collaboration with Poste Italiane will also be presented during the conference. A party that becomes the discovery of tradition through the events and activities envisaged by the rich program which will begin on Sunday 22 January – continues the press release – with the awaited extraction of the numbers which, once assigned to each wagon, will determine the order of exit and exhibition. A taste of the typical rhythms and sounds of this festival will be given during the same evening, when each battle will perform alongside the musicians of the “La Nuova Cantica” group. To characterize the 2023 edition of Carri, Ritmi e Pastellessa”, promoted by the “Tradizion Cant e Suon a Sant’Antuono” Association and sponsored by the Municipality of Portico, in addition to the traditional activities, such as the parade of the floats, the fireworks display and the liturgy linked – it continues – to the Saint, there will be a series of workshop activities and popular music performances designed to insert the tradition within a corollary of activities that allow its full socio-cultural valorisation while maintaining faith in the original spirit of the festival. The partnership between the municipal body and the “Tradizion Cant e Suon a Sant’Antuono” association, chaired by Gianfranco Stellato, who will assist in the organization of the entire event, continues this year as well. The joint commitment, the work of the people who do their utmost for the success of this festival and the incessant passion of the thousands of tank crews who enliven the festival are the necessary ingredients so that this extraordinary heritage of identity – continues the press release – remains the pride of a whole community and ensure its growth – explain the organizers. Once again this edition will see the organizers engaged in the important work of welcoming the hundreds of campers who stop over in the municipality every year to attend the event and to whom special rest areas and activities will be dedicated. An itinerary for them – continues the press release – created ad hoc thanks to the collaboration of the young students of the San Giovanni Bosco Comprehensive Institute”.

In the picture the Mayor of Portico di Caserta Giuseppe Oliviero

Portico of Caserta. The celebrations of ‘Sant’Antuono’ with the ‘Battuglie di Pastellessa’ will start next week

"All of a sudden, it became obvious that I could do nothing but an actress": the secrets of Josiane ...
Vincent Doumeizel and Bonnie Banana
Who was really Santa Chiara? Director Nicchiarelli sheds light on the power of a symbolic woman
Tweet
Share
Share
Pin