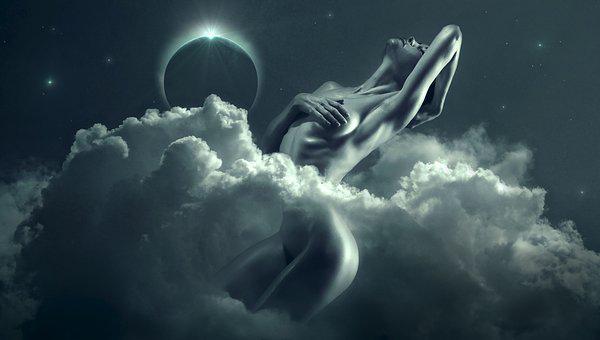 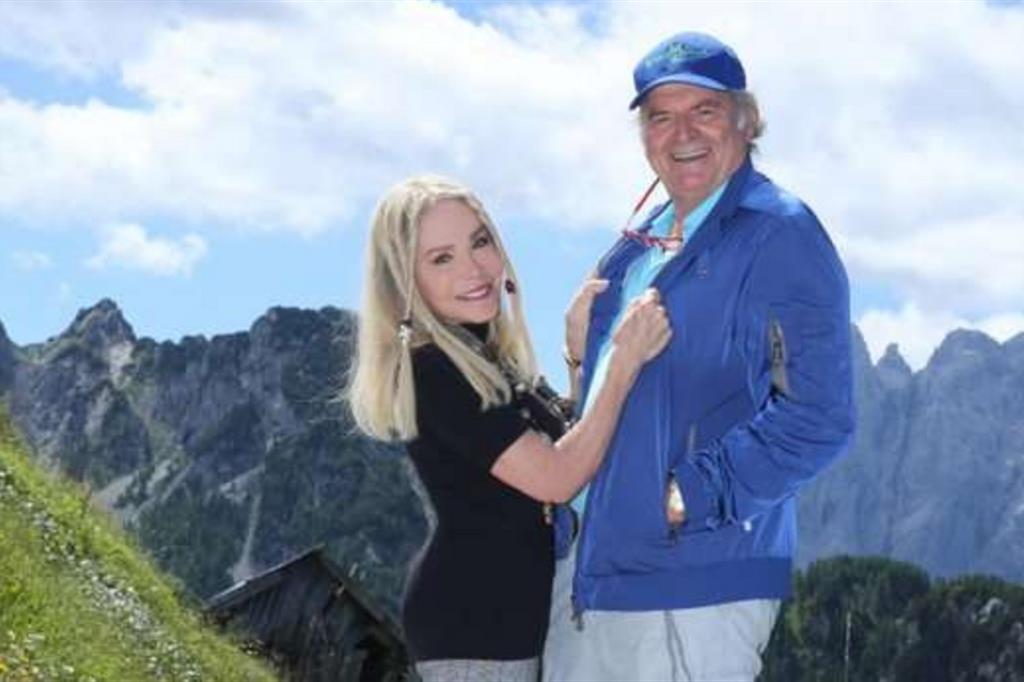 Maria Giovanna Elmi has always been in the hearts of Italians since she was one of the famous “Signorine buonasera” of Rai. He has conducted two Sanremo Festivals: the first of color television, in 1977, with Mike Bongiorno, the second in 1978 with a starring role. Unforgettable as the beautiful, ethereal “fairy” in the well-known children’s program “The dirigible”.

It is among the characters of the show that over the years has obtained more newspaper and magazine covers. Smiling, elegant, polite, never a word out of place, no scandals. A solid family of origin that taught her the values ​​of life, including altruism, using their intelligence to study, read. Her own sensitivity to her to help those less fortunate than her. She is a sincere, loyal, hospitable and very generous friend; you can really count on. Skills rare in her work environment, where ambitions, rivalry and self-centeredness often prevail. In a nutshell: a beautiful soul cultivated far beyond her physical appearance.

Having just passed the threshold of a certain number of years … and with more than half a century of career behind her, she is still very active, energetic, often interviewed by newspapers and radio and in the spotlight of television ones. We meet her in her beautiful home in Tarvisio, where she lives with her beloved husband Gabriele Massarutto, a Friulian entrepreneur married in 1993.

Early in the morning we had attended one of the many concerts of the “No borders music festival” organized by the Tourist Consortium chaired by her husband Gabriele, with the collaboration of the Municipality of Tarvisio; at the foot of Mount Mangart, at the Fusine lakes. Sitting on the grass, in religious silence, we listened to the transcendental music of the “Trilok Gurtu and Arke Quartet”. 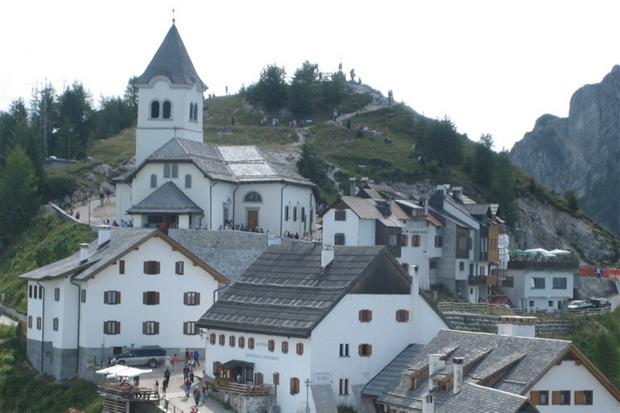 The sanctuary of Mount Lussari, in the Julian Alps – MCG

Maria Giovanna immediately clarifies that she does not really think she has walked towards the avenue of sunset. Indeed, she has many projects, including a TV show of her own. But … a path often follows him, to reach a place where he takes refuge when his spirit needs oxygen, his mind for reflection, his heart to feel closer to God, to pray, look at the celestial vault and continue to smile, to hope.

“The place that captured my heart and soul – he says – is here in the Tarvisio area, where I discovered that the way to conquer spirituality is an uphill one. I remember one day when my husband, to whom I owe the discovery of these enchanted landscapes through which he led me by the hand, step by step, as we climbed to reach the top of Mount Lussari, quoted a sentence by Reinhold Messner that has remained with me. : I brought my “I” to the highest point and left the “I” that I want to be up there. Now I go down with the “I” that I am. Now I understand why the symbols of faith are placed on the top of the mountains. I understand why most of the fairy tales are set in the woods. I understood the deep bond that unites the mountain to music. Because you also go to the mountains to listen to silence, which is a very pure interval between sounds. Climbing a peak is like reading a book: a journey that we can repeat many times and, each time, we find something different, special. In this area, the path that leads to Lussari (like many others that cross the Julian Alps), is a real fil rouge that holds, with an indissoluble bond, Austria, Italy and Slovenia ».

At this point Maria Giovanna goes on in the story with enthusiasm, even emotion, looking at the wonderful spectacle of the mountains in front of us, from which she enjoys the show every day from her patio, in absolute peace. «I like to connect landscapes with moods, the woods with happiness, and the mountains with spirituality. For example, when you reach the top of Mount Lussari, a little less than 2000 meters, a village from the 1300s appears as if by magic, with a Sanctuary dedicated to the Madonna del Lussari, where our wedding was celebrated.

I ask her if the mountain has always been her favorite. Or a discovery that took place later. “In fact, as a child, holidays for me had only one name: sea. And they only had the splendid colors of the beach, the sky, the water. I felt like a lost dolphin but, even in the waves, my dialogue with the sky was alive. With the ‘Sereno Variabile’ program I had the opportunity to discover extraordinary landscapes not only in Italy but in the 4 continents and in all latitudes, from the poles to the equator. Furthermore, meeting famous people in the world has given me the opportunity to enrich my curiosity without limits. Not only of places, but also of people, animals, trees, oceans. There is so much to learn in this earthly adventure and, each time, I feel enriched by the secret beauty of new things. I loved and love my work, so fascinating, however everything done up to now I consider it a real dress rehearsal. You won’t believe it … yet I feel ready to start again. I consider life a countdown: every moment, therefore, is a gift. I rejoice to be part of this fantastic harmony and I enjoy every moment, every meeting, a smile ».

However, it cannot always be like this. «Of course, in the face of wars or the loss of loved ones, my desperation is just as strong, the spell ends (even for a fairy!) Beauty. Similar to how a life ends; but then from up there Someone helps me! How down here my work, my commitment to a project, the loving closeness of my husband and the silent, affectionate closeness of my little cat Brunhild help me ». Along with that song in the church of Monte Lussari, in several languages, I would like to add. Symbol of brotherhood, union between peoples, a touching melody that now, after the interview in the midst of a benevolent, shining nature, I also seem to perceive.

ALL THE ARTICLES ON “THE PLACES OF THE SOUL”

Places of the soul. The TV Fairy finds peace in the climbs to the Marian shrine