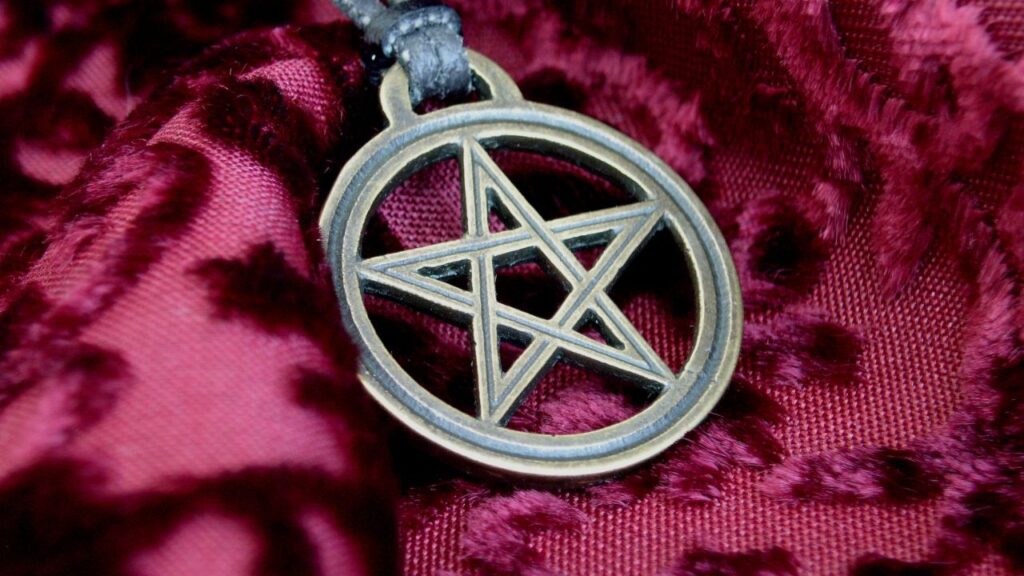 If you want to know the explanation behind esoteric symbols, here are 5 very well known, but very misunderstood ones.

The esoteric symbols are symbolic drawings which are transmitted to initiates of a cult or an ideology. Often vectors of magic, spiritualitysymbols of a community and even of a civilization, these esoteric symbols are often represented in the popular culture, but few people know what they really mean. Some, like the pentacle, even get bad press, when in reality we just don’t know what it really means. So here are 5 symbols explained !

The pentacle and the pentagram: explanation of these esoteric symbols

The pentacle, whether straight or inverted (with the point down), has a evil connotation in the collective imagination. That five pointed star been debated for many years and many equate it as a sign of the devil, of demons. The pentacle is a pentagram (the symbol of the star) locked in a circle. We therefore call pentagram the only symbol of the star without the circle.

Also called Solomon’s starthis symbol is very present in the wiccan culture (religion based on the shamanism of yesteryear transposed to our days) and neo-paganist (cults of ancient polytheistic religions, with several deities). However, this symbol, very linked to magic, is even older than that. It has been represented in various religions, especially in the Anglo-Saxon cultures, but also in Christianity.

This symbol, although representing for some the head of the devil (often represented as a goat) when it is reversed, is actually a esoteric symbol of protection. As indicated Aleister Crowley, a popular occultist, the pentacle and the pentagram are primarily symbols of protection. They would act like amulets for those who wear them or who trace them on the ground. This is all the more true with the pentacle, that is the pentagram enclosed in a circle.

In esotericism, we frequently use the salt to draw this circleto protect from evil spirits, and the pentagram as a sigil of positive invocation. In other words, the pentacle is essentially a symbol of protection. For many religious neo-pagans, it is also a representation of the 5 elements (earth, water, air, fire and spirit), a symbol which therefore places you under the protection of the elements of the deities of the Earth. It would also represent a human, like Vitruvian manwhich is a perfect balance.

The triple moon / Triple Goddess: what does this symbol mean in magic?

The symbol of the three moons or also known as Triple Moon Goddess is a very strong symbol that is widely used today in the Wiccan religion. This esoteric symbol symbolizes several goddesses: Hecate, Selene and Artemis, in one. It is thus a symbolic representation of the Mother Goddess of this religion. Why ? Because the moon is a powerful star that has the power to regulate the tides, the life cycles, fertility. And for the Wicca religion, omnipotence is found in birth, renewal, in the cycles offered by this Mother Goddessgodmother of all that lives and dies.

SEE AS ​​WELL : Tree of life: spiritual meaning and virtues of this symbol

Among the esoteric symbols explained: the symbol of the horned god

The horned god is not the devil as many might think. It is actually the Celtic god of fertility Cernunos. The husband of the Mother Goddess according to many Neo-Pagan religions. The horned god has its own symbol, like most deities.

This one therefore represents horns and a circle, for symbolize the whole and fertility, like the full moon. He is the god of fertility, life, life forceMen, but also animals and the Earth.

SEE AS ​​WELL : Eye of Horus: what spiritual meaning?

The sigil of Leviathan, a very popular, but very misunderstood symbol

The sigil of Leviathan is one of the best known esoteric symbols, but few people know what it means. Also called Satan’s Cross in the satanic biblethe double cross evokes balance and protection between people, and the symbol of infinity, eternity. Thus, it is in no way a malicious symbol.

This sigil (magic seal) was widely used by Anton LaVey, creator of the Satanic Bible. The latter thought that the representation of Satan had nothing bad, but rather that it represented a freedom to be. Furthermore, the crossing of the two crosses with the infinity symbol would precisely represent the notion of free will and equality.

SEE AS ​​WELL : What is the Philosopher’s Stone?

The Ankh Cross, an Egyptian esoteric symbol to know

Another symbol that appears everywhere, but that we don’t quite understand: the Ankh cross. This cross which comes to us from ancient Egypt is a very strong symbol in the egyptian religion. It is also one of the most important esoteric symbols.

Apparently, this cross would symbolize eternal life, that in the other world. Indeed, the Egyptians of Antiquity thought that it was necessary to prepare all one’s life for this eternity precisely.