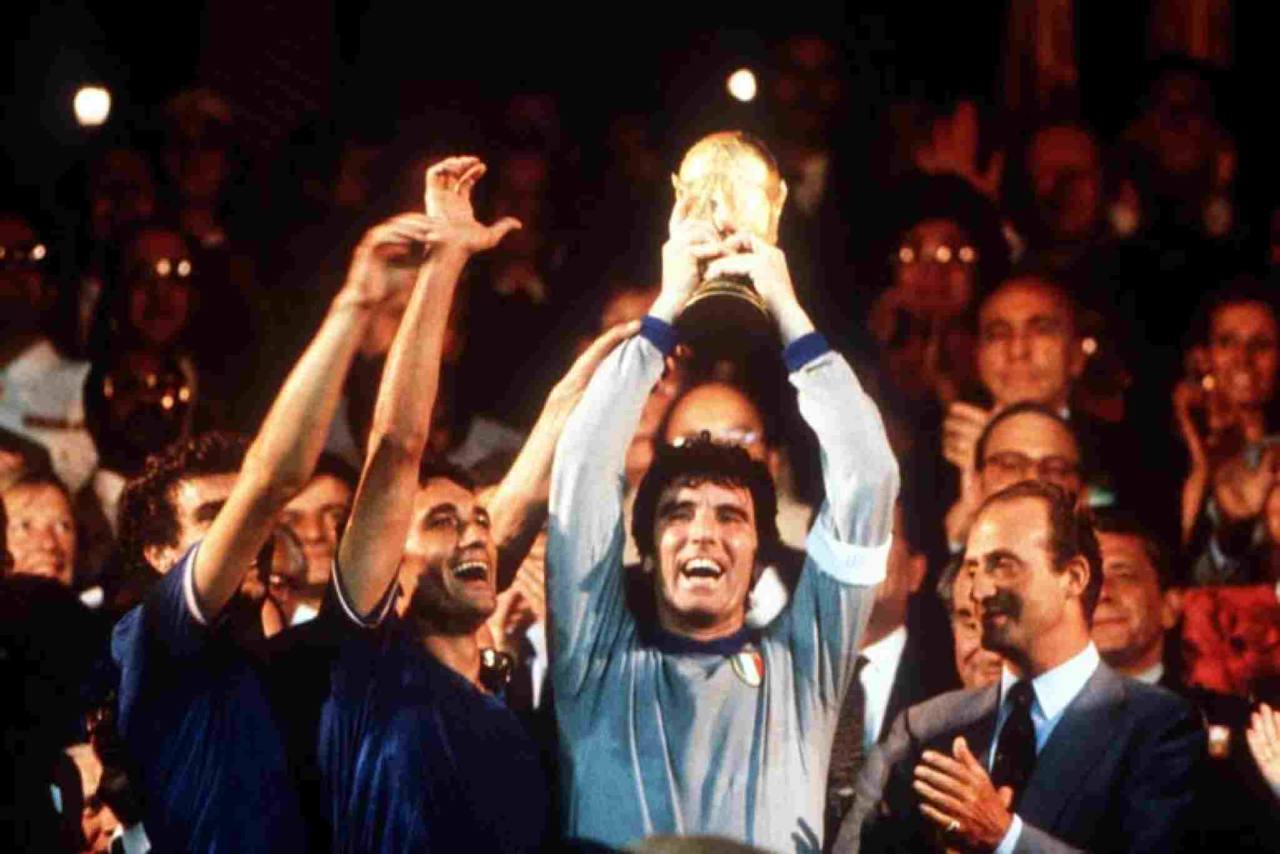 JESI- July 5, 1982, Barcelona stadium, Italy-Brazil. At stake is the qualification for the semifinal of the World Cup. Fresh from the victory over Argentina, the Italian national team led by the coach Bearzot she is forced to overcome Zico’s Brazil, very favorite for the tournament victory, to pass. A draw is enough for the opponents to stay on top. “Pablito” Rossi marks one triplet which opens the doors to Italian success and makes him a “national hero”. But that’s not enough, the 3-2 advantage must be maintained, because a draw is enough for the opponents to stay at the top of the table, thanks to the higher number of goals scored. Minute 89, free kick from the left for Brazil, with a head-off the central defender, Oscar, directs the ball to the left corner of Italy’s goal. In a split second, the blue goalkeeper Dino Zoff nails the ball on the goal line. A few days later, it was a 2-0 victory over Poland, until the epic 3-1 against West Germany thanks to which Italy won its third world title.

There is a lot of Dino Zoff in this fantastic progression towards the top of the World Cup in Spain, but above all there is that legendary parade of July 5th, an event whose fortieth anniversary is celebrated this year. Zoff marked the timing of a feat defined by referee Abraham Klein “The best match of the century”and it is he who even today, at the age of 80, is portrayed as the greatest goalkeeper in the history of Italian football, if not «The greatest goalkeeper of all timeAs Trapattoni said.

Champion, respected athlete, who has transformed the most mysterious role of football into a philosophy of life, a serious face printed in the memory of many fans, Zoff is the protagonist of the story that opens the XXII Pergolesi Spontini Festival, this evening, Saturday 3 September at 9 pm at the Pergolesi Theater. The story is told by the actress Pamela Villoresiwith the words of the writer Giuseppe Manfridi who edited the texts of the show “Silence on top of the world (Zoff’s flights in the sky of Spain ’82)”, theatrical adaptation of one of his successful books, Among the woods (TEA, 2022). To underline the emotions on the pitch are the music of the composers Cristian Carrara and Marco Attura, performed live Isabella Lozzi to the flute, Diego Di Palo to the double bass, Marco Salvetti on the accordion. The show-concert is a new production of the Pergolesi Spontini Foundation in co-production with the Mittelfest Association of Cividale del Friuli.

Recurrence in the anniversary, with this show Pamela Villoresi celebrates her 50 years of theatrical career. Trained, among others, with the great Giorgio Strehler (whom she considers her theatrical father), the actress from Prato has acted in more than 60 shows collaborating with great names in Italian theater, including Nino Manfredi, Vittorio Gassman, Mario Missiroli, Giancarlo Cobelli and Maurizio Panici; you have worked in eight television dramas and in 36 films with great masters such as Marco Bellocchio, the Taviani brothers, Giuseppe Ferrara, Michele Placido and Paolo Sorrentino, who directed it in The great beauty, 2014 Academy Award for Best Foreign Film. He has won numerous awards including two Gold Masks, two Grolle D’oro, two Ubu Awards (one for Lifetime Achievement and one for Peace) and the Vatican Gold Medal among the hundred artists in the world who foster dialogue with Spirituality. She is the artistic director of the Biondo Theater in Palermo. She and she is a great, great sportswoman. It will also be for this reason that she loves to talk about sports characters who have remained in the hearts of Italians, including – in addition to Dino Zoff – also Fausto Coppi.

A life for the theater and a deep-rooted passion for sport, his. In this show there is a lot of Pamela Villoresi.
«First I must say that I am happy to have been involved in this show by a writer I really appreciate, Giuseppe Manfridi, with whom I have collaborated several times and to whom I have commissioned several plays. Moreover Manfridi is a great football fan, so he was a guarantee for me as well as an excellent playwright. and then there are the music of Carrara and Attura, beautiful and evocative of that border world in which Zoff was formed, and of those South American rhythms that bring back to the famous Italy-Brazil match. Yes, I really love to tell the stories of sportsmen. The life of Dino Zoff could be the manifesto of an Italy of the past, different from that of today that has forgotten the law of merit. His was an Italy that was able to recover from the rubble of war; he as the son of peasants, therefore from a humble starting point, managed to become one of the stars of the world. It represents this Italy of merit, which wants to make it, which picks up the rubble and which feeds on a feeling of solidarity … Not only that, even in its role as a loner (the goalkeeper, as the text of the show says, has as an enemy the game, and when they get close to the goal even a defender of their side can be a danger), Zoff has demonstrated in depth what it means to be a team. Another wonderful thing about him is knowing how to be silent, his discretion, in this world of vain chatter. For me, his is an extraordinary example to show to everyone, and also to young people who did not know him directly in his sporting career ».

She is also a sportswoman.
“I am, but not professionally. I do water sports, in a very amateur way I practice open water swimming, diving, but above all I practice rowing with competitions including national ones. I again crossed the Strait of Messina a short time ago. This summer I also did a Danube in Remi Vienna-Budapest 300 km in six days among other things with a group of Paralympic athletes who made us grow a lot by giving us extraordinary tips. By practicing sport, I know what it means to team up, network, help each other and reach goals together. Practical rowing with a Sicilian group: we won the 500 sprints at Coastal Rowing in the over 60 category, we will return to compete in Barletta in September. We have a national team again in Procida in early October. From rowing I learned a lot, for example the strength of women, and of the team: if we mates raise boats from 10 meters, it is because we do it together, if we improve and gain seconds in the race it is because we row with a single breath … coordinated, yes can”.

Zoff, have you ever met him?
«I was a little girl when I followed his exploits on TV, I loved football and he was a hero … Indirectly, however, we met each other, sending us messages during the preparation of the show. Giuseppe Manfridi met him many times, who frequented him for years before writing the book “Tra i legni” from which the text of the piece was taken; when he told him that I was going to tell him his story in the theater, Zoff was very happy about it ».

What memories do you have of the Italy-Brazil match in 82?
«I was 25 years old, I remember very well those world championships and all the controversies that took place. All to give on to Bearzot who had put in the team players who had not played for some time, primarily Rossi returning from football betting, and was also not very trained. These criticisms were so violent that they glued the team together; the national team won because it remained united ».

Pamela Villoresi at the Pergolesi Spontini Festival: «I’ll tell you about Dino Zoff». The interview with the actress – CentroPagina